Usually regulated to second tier data, the final look at Nonfarm Productivity and Until Labor Costs for Q3 came in worse than markets had expected.  Nonfarm Productivity was -5.2% vs the -4.9% preliminary print.  Note that this was the largest drop in quarterly productivity since Q2, 1960!  Unit Labor Costs in the US for Q3 were up 9.6% vs and initial estimate of 8.3%.  This print includes a 3.9% in hourly compensation.  The rise in Unit Labor Costs is consistent with the increase in overall inflation data over the last few months.  However, the Fed can at least take solace in the fact that wages are increasing with inflation.

The US Dollar Index (DXY) moved higher on the release of the surprise data, from roughly 96.20 to 96.40.  The index has been rising in an orderly channel formation since late May when the DXY broke higher out of a descending wedge near 89.53.  On November 19th, the index broke above the top trendline of the channel near 96.10 before pulling back into the channel on November 26th.  Price has been hovering between 95.70 and 96.50 since then.  Resistance is at the highs on November 23rd of 96.94 and then the 61.8% Fibonacci retracement from the March 2020 highs to the January 2021 lows near 97.73.  Horizontal resistance and a double bottom target are near 98.17.  However, price may also be flagging for lower.  If that is the case and price does break lower, support is at the bottom of the flag pattern near 95.95.  The target is near a long-term upward sloping trendline dating to 2011 near 95.09. Below there is the bottom trendline of the channel and horizontal support near 94.65. 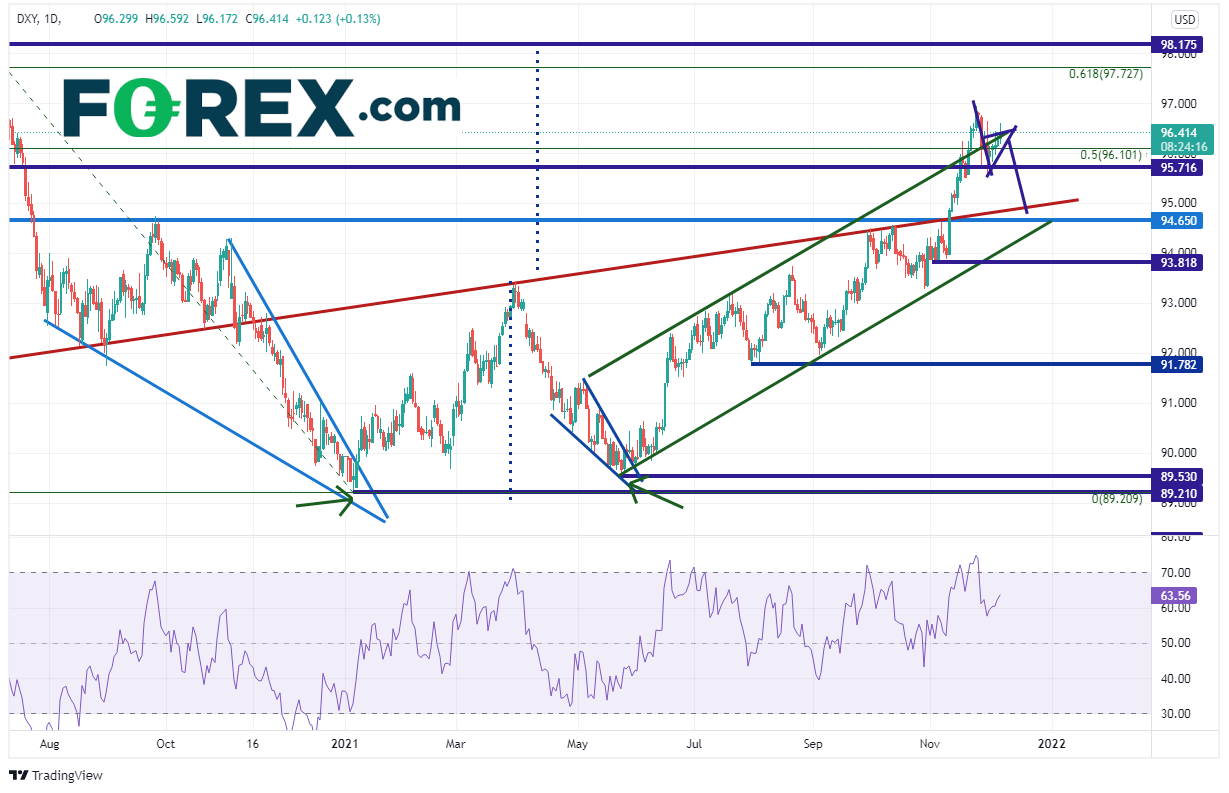 EUR/USD has performed similar to, but opposite, the DXY.  On the surprise data release, EUR/USD sold off from roughly 1.1250 down to 1.227.  The pair had been falling in an orderly downward sloping channel since June 1st, when the pair broke lower out of an ascending wedge near 1.2250.  The index broke below the bottom trendline of the channel near 1.1205 before pulling back into the channel on November 25th.  Price has been hovering near 1. 1290 since then.  EUR/USD is again testing the bottom trendline near 1.1250.  If price breaks below, the November 24th low at 1.1186 is the next level of support ahead of horizontal support at 1.1144.  Additional horizontal support isn’t until 1.1019! If the trendline holds, horizontal resistance is above at 1.1374, ahead of long-term horizontal resistance at 1.1490. 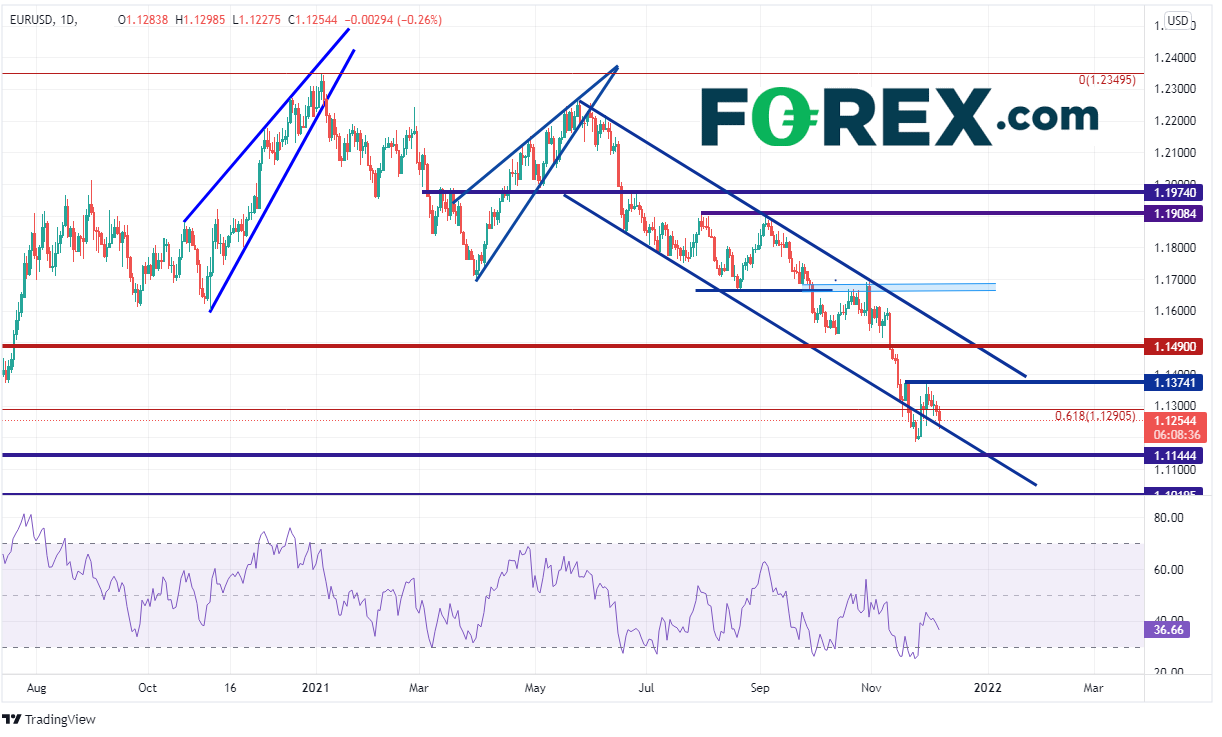 With the higher than expected inflation data today and US CPI on Friday, the DXY many be ready to continue higher and the EUR/USD may continue lower.  However, don’t rule out a bout of profit taking ahead of Friday’s data and next week’s FOMC as the Fed decides whether to increase tapering!

Latest Research
Two trades to watch: GBP/USD, DAX
Week Ahead: More CB intervention? Plus, RBA, RBNZ, OPEC+, and NFP
US Core PCE follows EU CPI higher
US open: Stocks fall after strong data supports a hawkish Fed
Forex Friday: It is all about the pound
European Open: EUR/USD stalls at resistance ahead of US inflation