Turning our attention to the chart, NZD/USD remains above the 78.6% Fibonacci retracement of its August-October rally at .6375, so you could make a case for a near-term recovery. The MACD is flat-lining, but still well below the "0" level, signaling bearish momentum. Meanwhile, the RSI has bounced from oversold territory but still remains in bearish territory (< 60).=""> 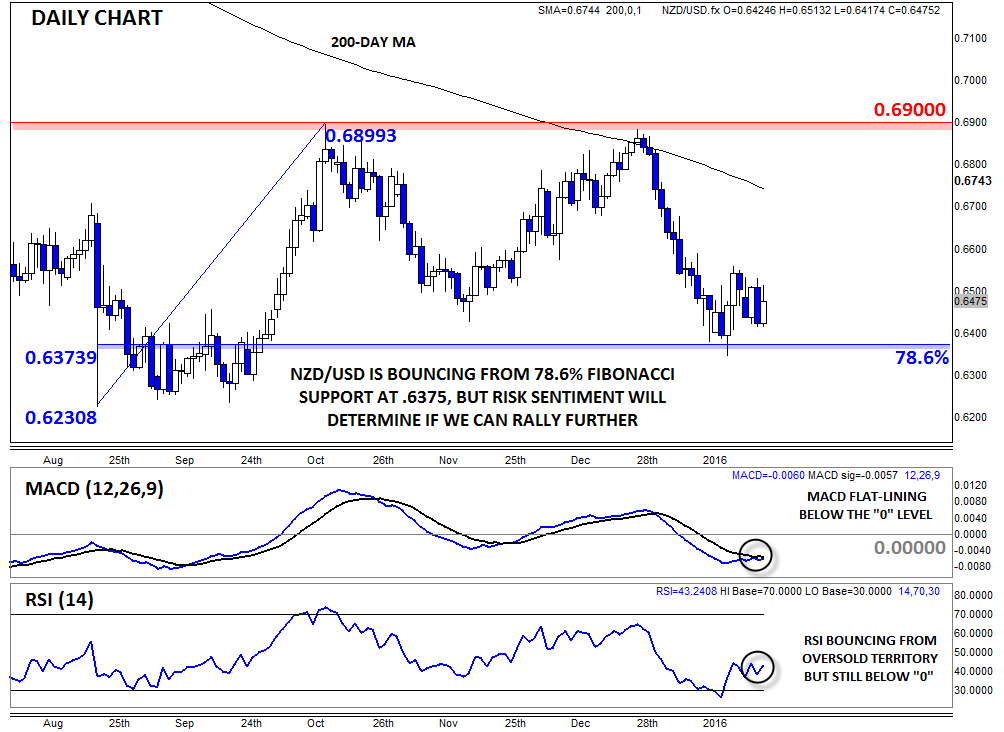