OIL MARKET WEEK AHEAD: What is the meaning of the early OPEC meeting?

OPEC ministers will gather in front of their computer screens for the cartel’s video conference on Saturday in a meeting that has been brought forward from its scheduled 9 June date, most likely to avoid data showing poor compliance with the most recent set of production curbs.

Saudi Arabia and Russia have reportedly reached an agreement in principle to extend the current cuts of 9.7mbd that are in place through May and June for another month or two. Previously OPEC also agreed on smaller staggered reductions all the way until April 2022 and these are likely to remain in place. The friction point is the lax compliance from some OPEC members, but some unexpectedly positive US jobs data reported Friday could play a factor in trying to assess how soon demand in key consumer regions will pick up.

Looking at how post-COVID life is progressing in China, the services sector has returned to growth in May, only a bit more than three months after the first lockdown started in the country on 25 January. The sector is now growing at a similar pace as in late 2010, with most of the focus on the domestic rather than foreign contracts. This pattern could be replicated across the US and Europe as countries loosen internal lockdowns but remain cautious about opening to other countries.

When will US oil production turn around?

There is always a time delay between dramatic moves in oil prices and producers’ response, and this is now the case with US oil production. Though WTI prices have started to turn, domestic output is still declining as many shale producers are battling to stay afloat, not least Chesapeake Energy, one of the pioneers of US shale gas. Much will depend on how quickly the oversupply created by the Saudi-Russia production war in April and an excess of Saudi exports to the US in April is absorbed domestically, as demand improves in lockstep with the reopening of the economy.

For the moment, the US rig count is at an historic low, down at 348 in May with 986 fewer rigs operating than in May last year. However, the nadir in production should not be far off, particularly if summer holiday travel starts to recover. Rystad Energy estimates that US oil production will hit a bottom of around 10.7mbd in June before a recovery begins and that it won’t go back to 11.7 million bpd before 2022, significantly below the nearly 12.9 million bpd achieved in March 2020. 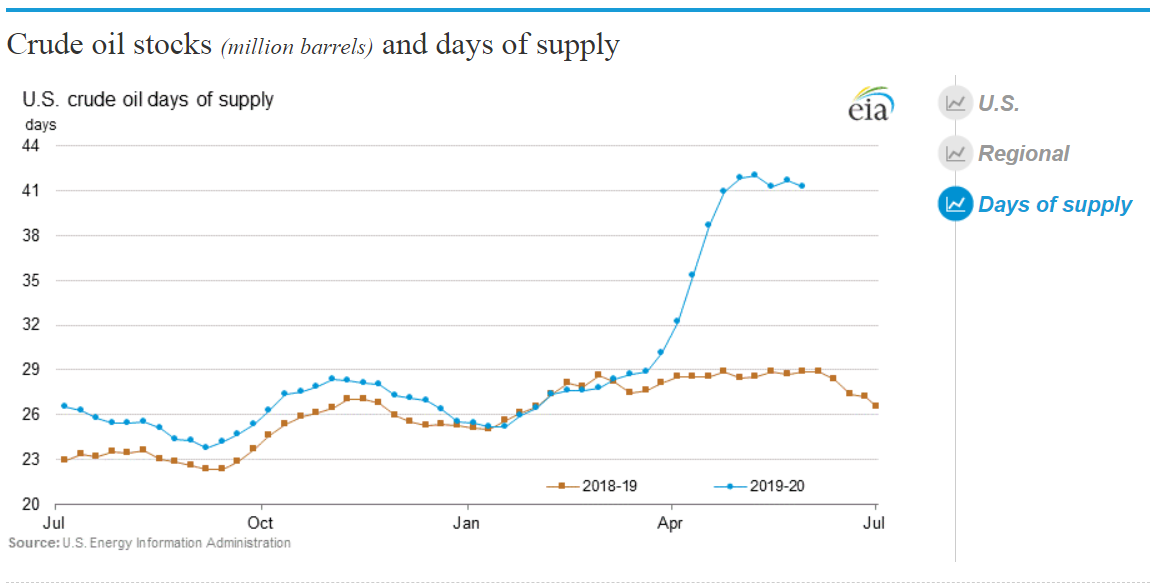 While all eyes are focused on OPEC and the cartel’s planned production cuts, other producers are taking the opportunity to pump out more oil. Brazil, the world’s eighth largest producer and not a member of the cartel, has been upping output and exports to record highs. The country refused OPEC’s offer to become a member last year because it wanted to be free to regulate the level of its own production. And so it did, hitting a record high of 1.02 bn bbl in 2019. State-owned Petrobras ramped up its exports in April, during the same month that Saudi Arabia was pumping out extra oil, and exported 1mbd, up 145% from the same month in 2019.

Brazil has a significant pipeline of projects that could expand its production to over 3mbd this year, at least this was the plan before COVID took a grip on the country. Now with between 25,000 and 30,000 new cases almost every day, these plans will likely be delayed. However, once the pandemic is over, Brazil has the potential to expand production to over 3.5 million bpd in the medium term. 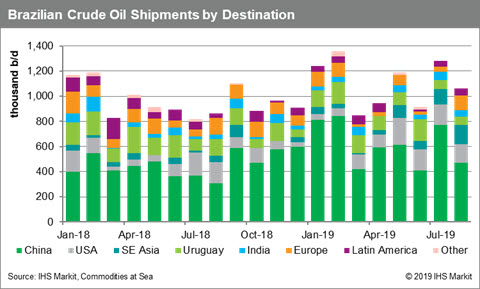