By :
Global Author
The British pound dropped below key support around the 1.2800 level against the US dollar on Friday after some negatively-perceived economic and political news emerged from the UK on Thursday. First, the UK’s Q1 GDP estimate released on Thursday morning was revised down to 0.2% against prior forecasts of 0.3%. 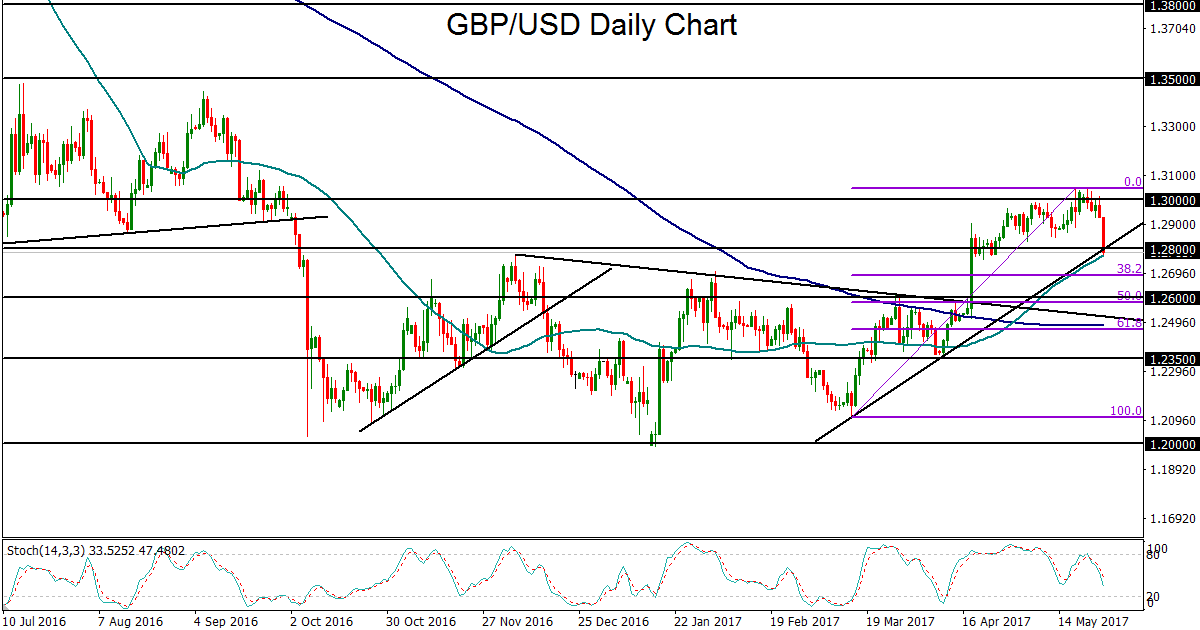