The Euro was bearish against all of its major pairs. In Europe, the U.K. Office for National Statistics has reported April retail sales at -18.1% (vs -15.5% on month expected).

On Thursday, we identified a short-term bearish trend in the GBP/USD pair. Our first target has been reached at the 1.2185 level. We now suggest a tighten of the stop-loss to the 1.221 resistance level as we aim for further pressure down towards 1.215 and 1.2125 support levels as the GBP/USD continues its bearish trend. 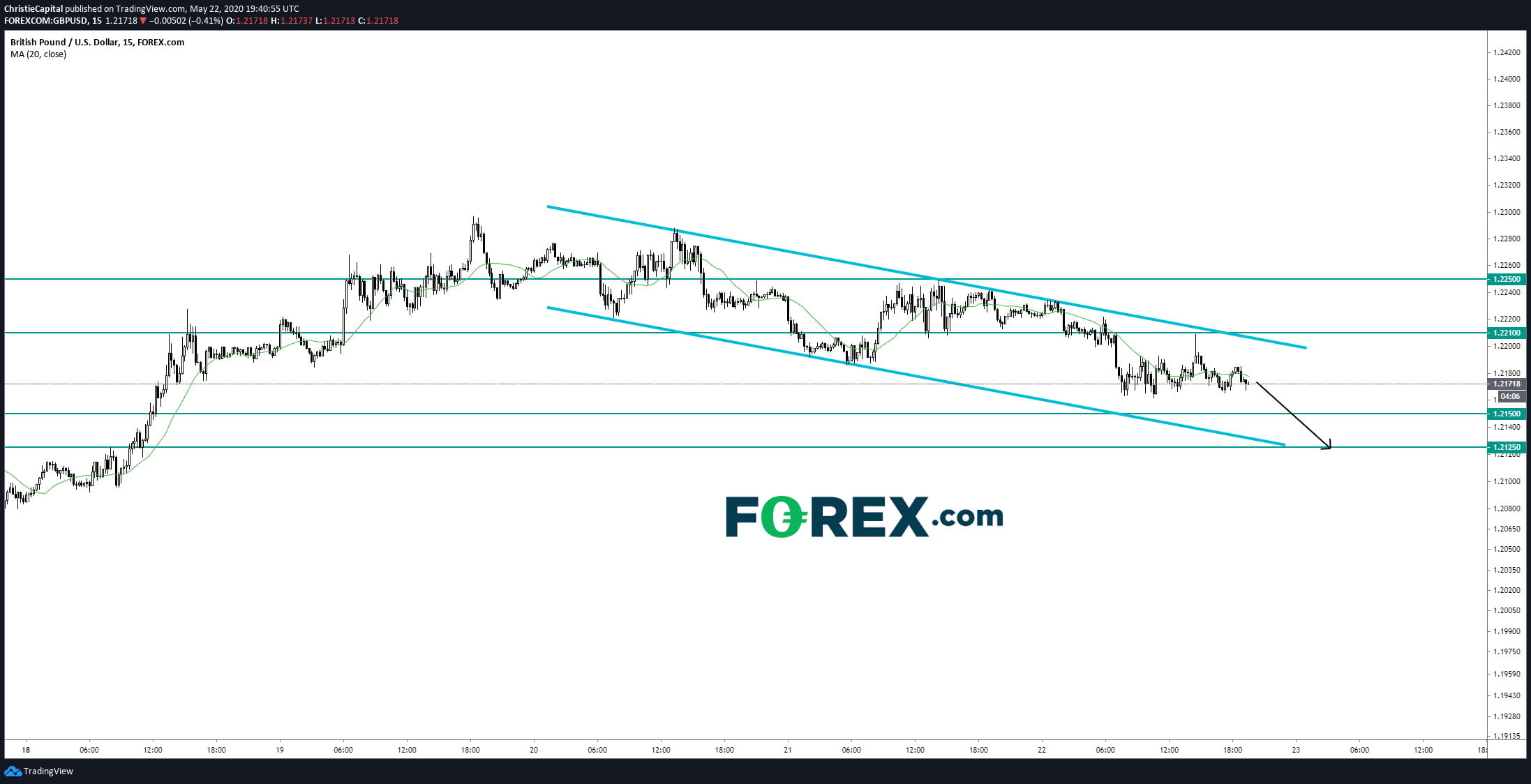