With a weak US Dollar Index (DXY), which is currently sitting near the year’s low of 90.43 , one would expect precious metals to be near their yearly highs.  After all, the traditional relationship is that a weaker US Dollar is correlated with higher precious metals , an inverse relationship.   That is not always the case.  And with the current chart patterns, there are opportunities to be long or short precious metals, with setups dependent on your timeframe:

XAU/USD (spot gold) has been moving lower with the US Dollar since August 7th.  The yellow metal reached a high of 2075 on that date, before rolling over and pulling back to the 50% retracement level from the March 20th lows to the August 7th highs, near 1764 on November 30th.  The pair bounced and is trying to take out horizontal resistance near 1855.  If price breaks above, it could easily run to the downward sloping trendline of the recent highs near 1920.  Horizontal resistance comes in above there near 1965.50. 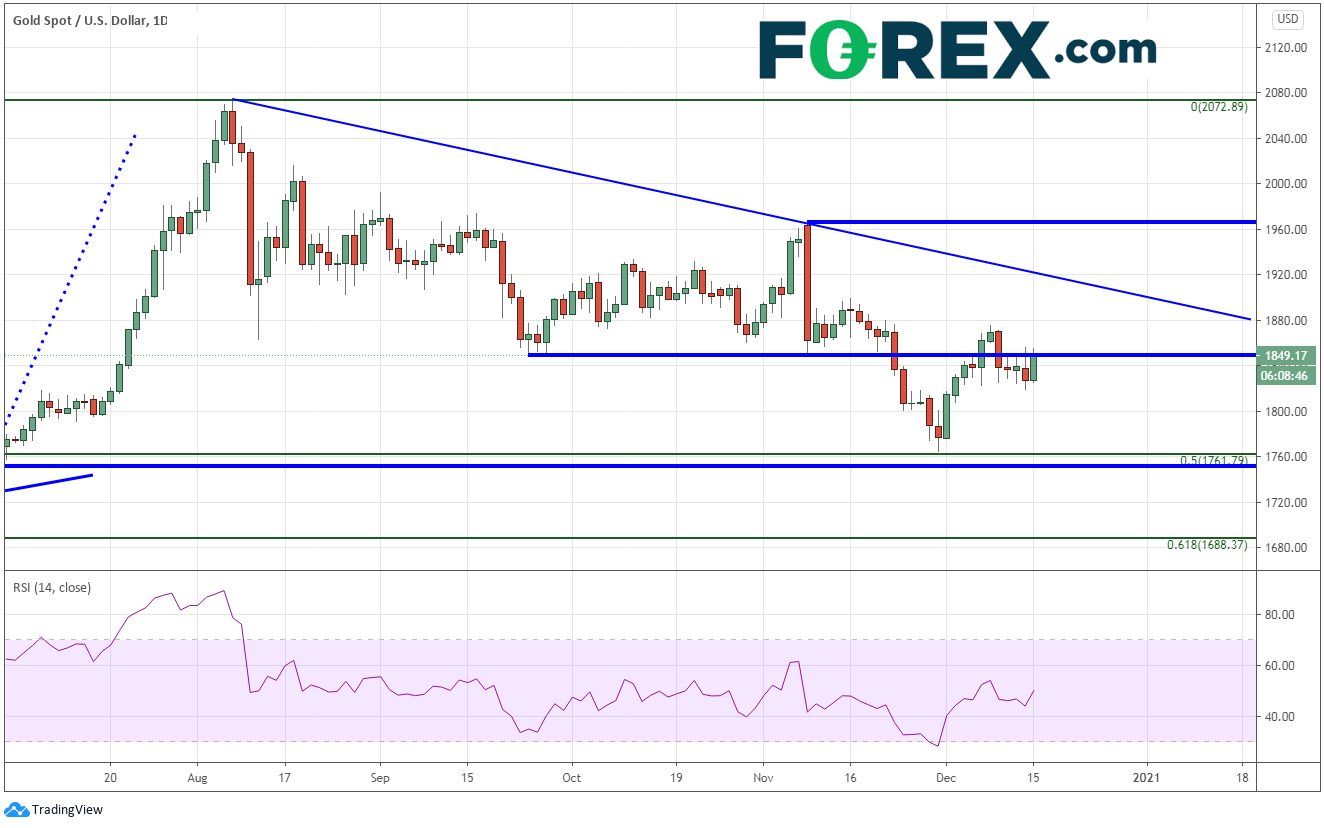 However, on a 60-minute chart of the same timeframe, Gold appears to be formatting a heading and shoulders (green lines), however with a possible extended right shoulder (blue line).  The neckline extends up towards 1855/1860.  If price were to push above that there, the pattern would be invalidated. Notice the RSI is flirting with overbought levels while price is near 1850.  Shorts are looking to enter near the current market price.  Support is at yesterday’s low near 1818.  The target for the head and shoulders pattern is near 1800.  The is additional horizontal support from the lows of November 30th near 1763. 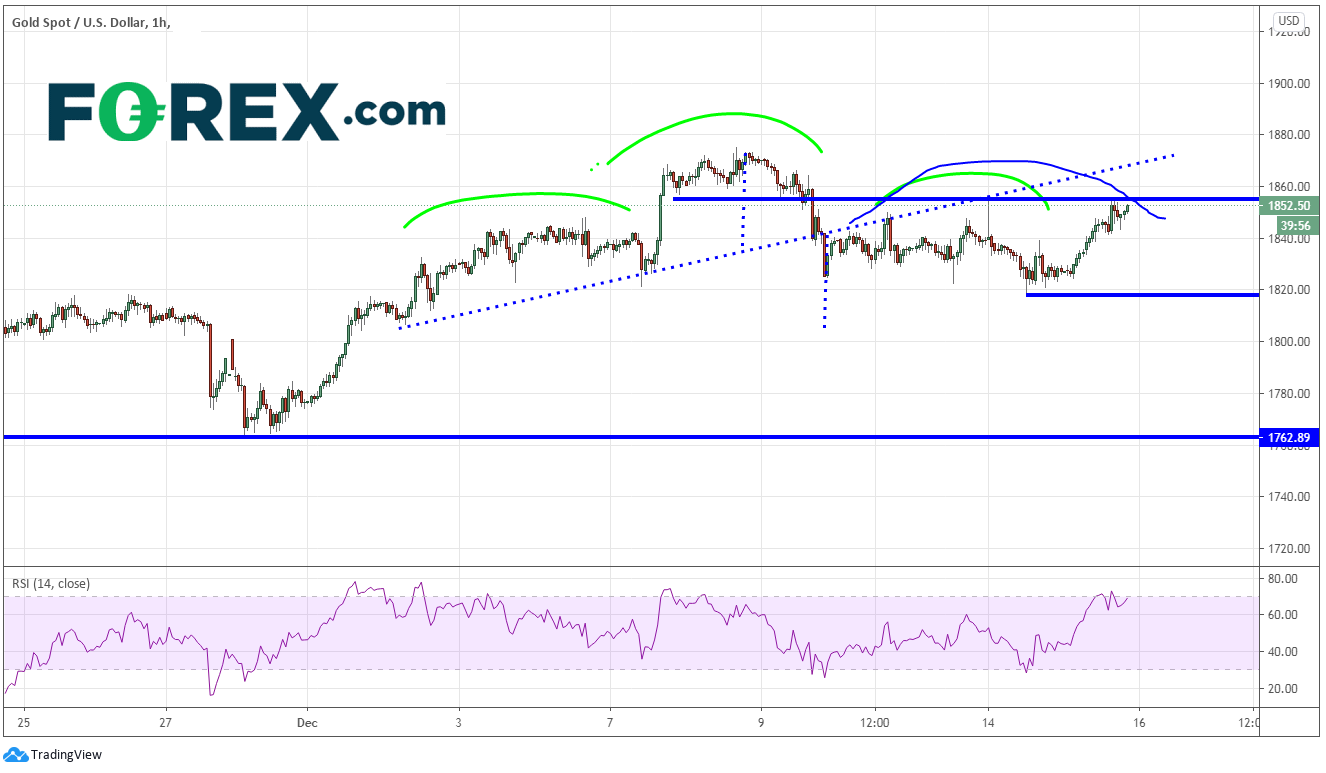 XAU/USD (spot silver) has also been moving lower with the US Dollar since early August.  Silver reached a high of 29.90 on August 7th, before pulling back to only the 38.2% Fibonacci retracement from the March 16th lows to the August 7th highs, near 21.64 on September 24th and November 30th.  The precious metal then bounced and is trying to take above the downward sloping trendline from the highs near 24.40.  If price breaks above, it could run to horizontal resistance and November 26th highs near 26.00.  Above there, resistance is all the way up at the August 7th highs! 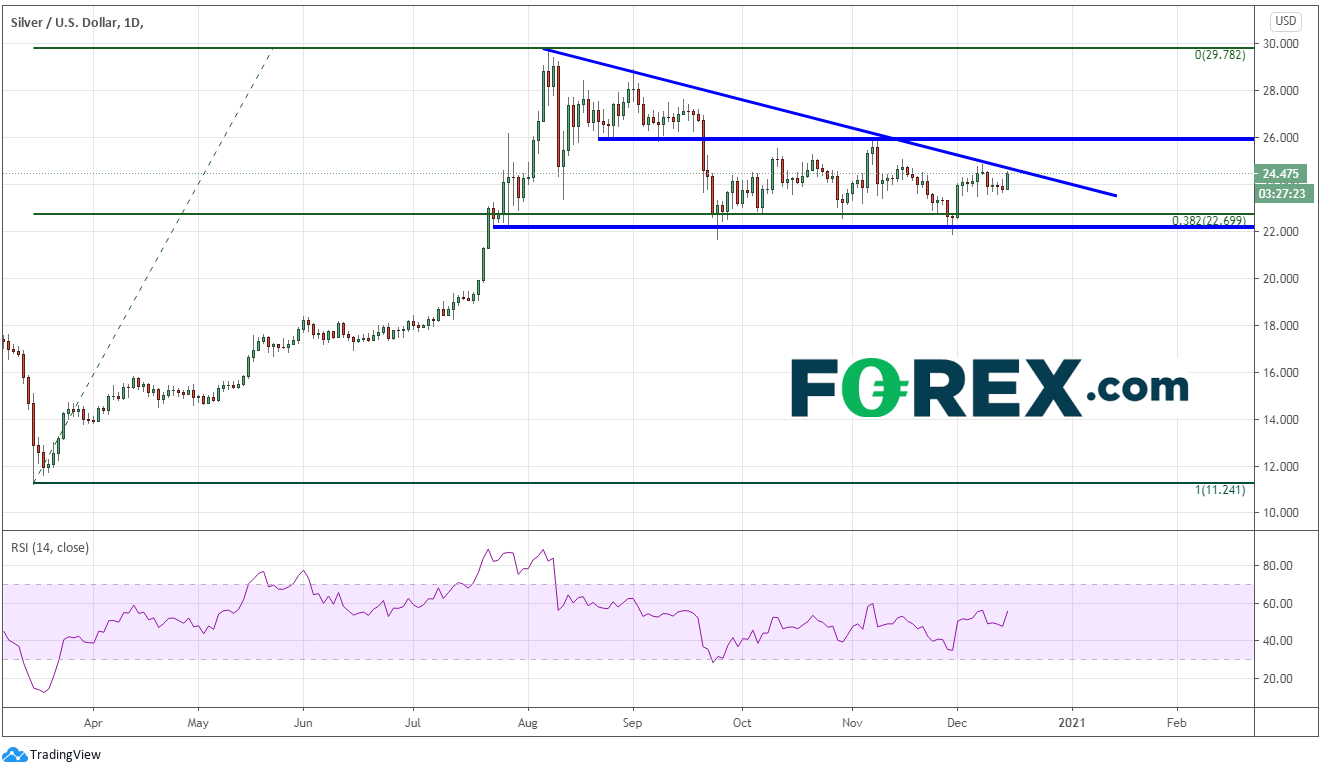 On a 60-minute chart of the same timeframe, Silver has been trading in a channel since December 1st between 23.53 and 24.84.  Currently, the precious metal is forming an ascending wedge formation, and is expectations are that ascending wedges will break lower.  The target for and ascending wedge is a 100% retracement.   If price were to push above 24.75, the pattern would be invalidated. Notice the RSI is flirting with overbought levels while price is near 1850.  24.50.   First horizontal support is the December 14th highs near 24.12.  A break below should move quickly to the target are near 23.76.  Additional horizontal support is at the bottom channel trendline near 23.50. 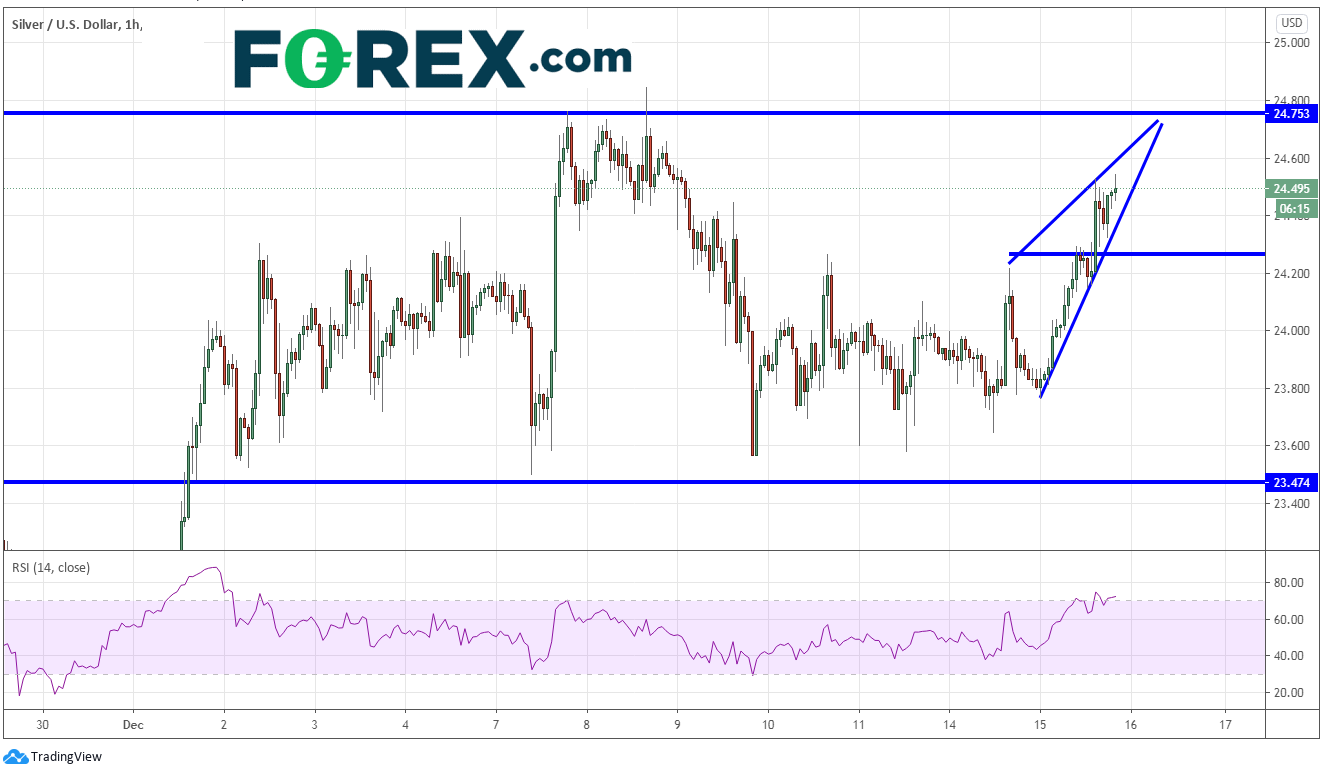 The longer-term daily timeframe appears as though precious metals are on a path higher.  However, there are opportunities for short-term trades along the way from which to profit.