The Bank of Canada (BOC) hiked rates by 50bps, as expected.  This was the largest increase in the overnight rate in 20 years.  The key rate now sits at 1%, its highest level since the pandemic began in March 2020.  In addition, the BOC said it would stop reinvesting the proceeds of its maturing bonds as of April 25th, therefore ending its Quantitative Easing program.  The central bank said that it will need to increase interest rates to neutral or above neutral due to the expected increase in inflation.

USD/CAD initially sold off on the release of the statement as traders expect more interest rate hikes to come.  Price was very volatile within the first 15 minutes of trading after the release, trading between 1.2625 and 1.2675. 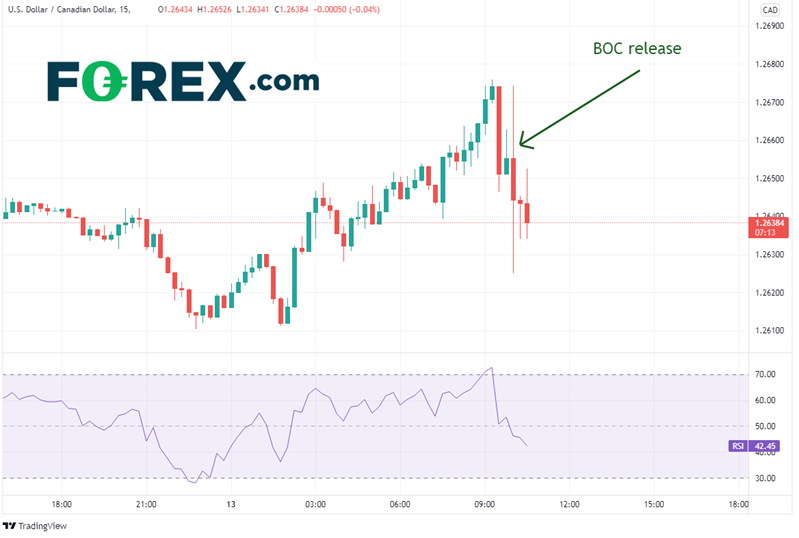 On a daily timeframe,  USD/CAD has been trading in a range between 1.2453 and 1.2964 since mid-November 2021. On April 5th, price tested the bottom of the range and formed a hammer candlestick, indicating the possibility for a reversal.  Indeed, price did reverse and moved higher.  Price hasn’t looked back since.  Over the last 3 days, price has broken above several key resistance levels.  These include: 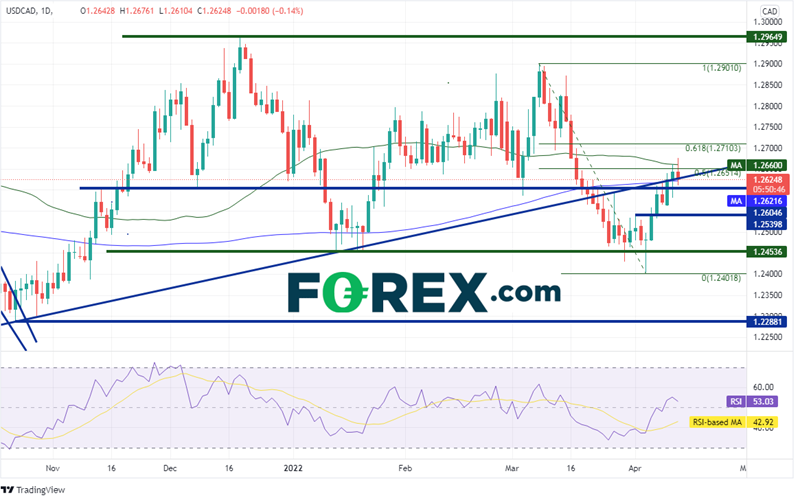 The Bank of  Canada hiked rates by 50bps today to bring the key interest rate to 1% and has said they’ll need to hike further.  Currently, USD/CAD is caught in a zone between 1.2604 and 1.2660.  The breakout of this zone could provide the markets with information as to where USD/CAD may be headed next!