The Consensus Calls for the RBNZ to hike by 75bp tomorrow

Whilst there has been some mild expectations that inflation around parts of the world have topped out, recent data for New Zealand is remining us that inflation can remain at elevated levels for longer than anyone would like.

Inflation expectations are piling on the hawkish pressure

Despite the inflation figures, the consensus was still for the RBNZ to hike by 50bp tomorrow – until inflation expectations threw a spanner in the work. Central banks pay close attention to inflation expectations, as fear of higher prices can result in higher places as ‘fear of missing out’ demand drives prices.

So when the RBNZ’s own survey revealed that 1 and 2-year inflation expectations hit new cycle highs, expectations for a 75bp hike were quick to arrive.

What can we expect from the RBNZ’s November meeting? 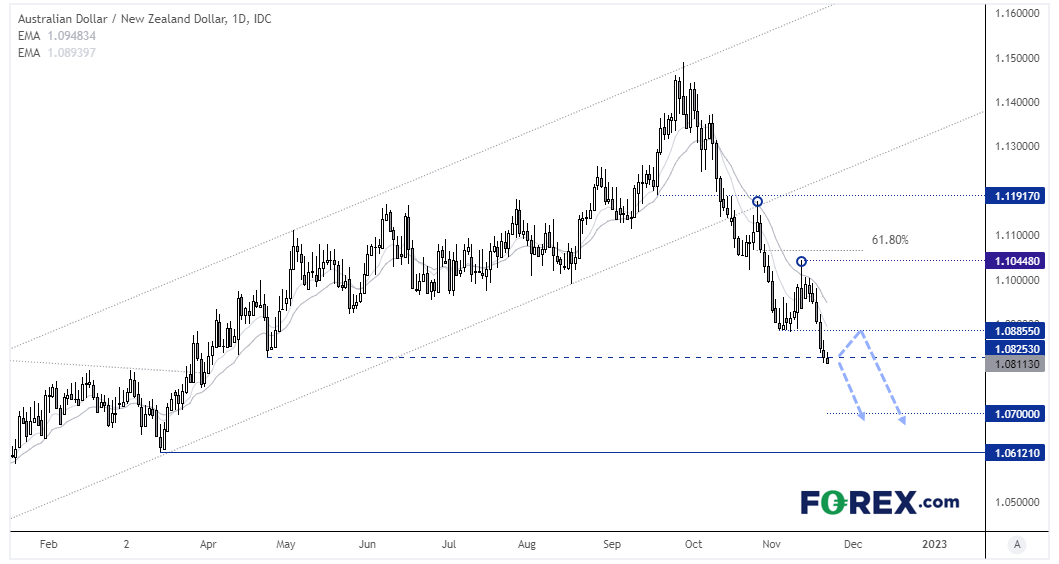 Back in October we called for a retracement from the 1.15 highs, given the shift in policies between the RBNA and RBA. Since then, the divergence has become stronger, with the RBA pulling back to 25bp hikes and the RBNZ increasing maintaining 50bp and potentially going for 75.

This has allowed AUD/NZD to develop a nice bearish trend on the daily chart with timely swing highs, and prices are now on the cusp pf breaking lower and heading for 1.0700 and 1.0612. Unless we see a surprise 50bo hike tomorrow, the past of resistance appears lower for the cross and bears could seek to fade into rallies or short a break of new lows. 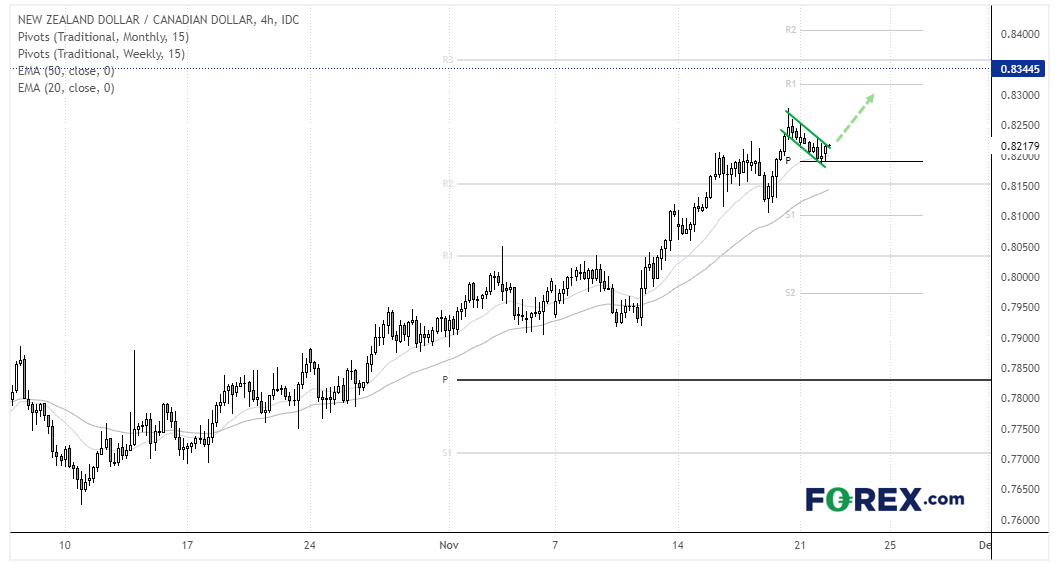 A nice trend has developed on the 4-hour chart of NZD/CAD. A potential bullish flag is forming on above the weekly pivot point, and prices are respecting the 20-bar EMA. Given that NZD tend to move in line with expectations ahead of RBNA meetings (more so than other currencies, as per my own observation) then it could be a cross for bulls to consider ahead of the meeting given its strong trend.