The consensus is for the RBA to hike by 25bp tomorrow

What has happened since the last RBA meeting?

The RBA’s cash rate currently sits at 2.85%, after hiking rates for a record seven consecutive meetings totalling 275bp. And despite being a late starter compared to the RBNZ, Fed and pretty much everyone – the RBA continue to believe the terminal rate will remain lower than their peers. For comparison, RBNZ have an OCR of 4.25% and expected to rise to at least 4.5%, yet a recent poll suggests the RBA’s terminal rate will be around 3.6% next year.

I expect the RBA to hike rates for a record eight consecutive meeting tomorrow by 25bp. With that said, we shouldn’t discount the potential for a hold – which I’m sure consumers would love. Yet they’re more likely to hike to 3.1% as they do not meet again until February, so technically January is kind of a pause. But the case for a pause is certainly building. Some measures of inflation expectations are moving lower, and the monthly inflation print suggests inflation has peaked at 7.4% y/y – as it fell to 6.9%, compared with 7.5% expected. All 30 economists polled by Reuters expect the RBA to hike by 25bp tomorrow, however money markets currently estimate just a 56% probability – which means there’s a 44% chance that they will pause. 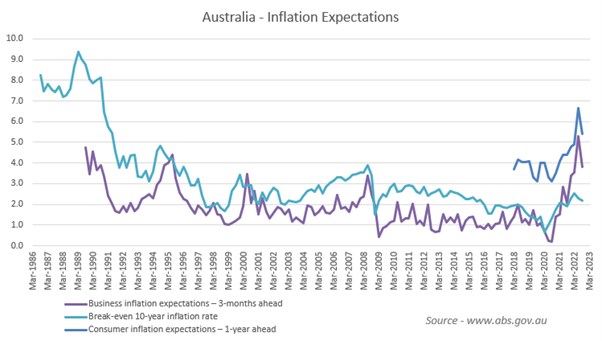 The symmetrical triangle breakout on AUD/USD remains in play on the 4-hour chart, and prices pulled back into a support cluster following Friday’s NFP report. Next target for bulls to consider remains 69c, so we’re hoping prices can now remain above Friday’s low and revert higher. 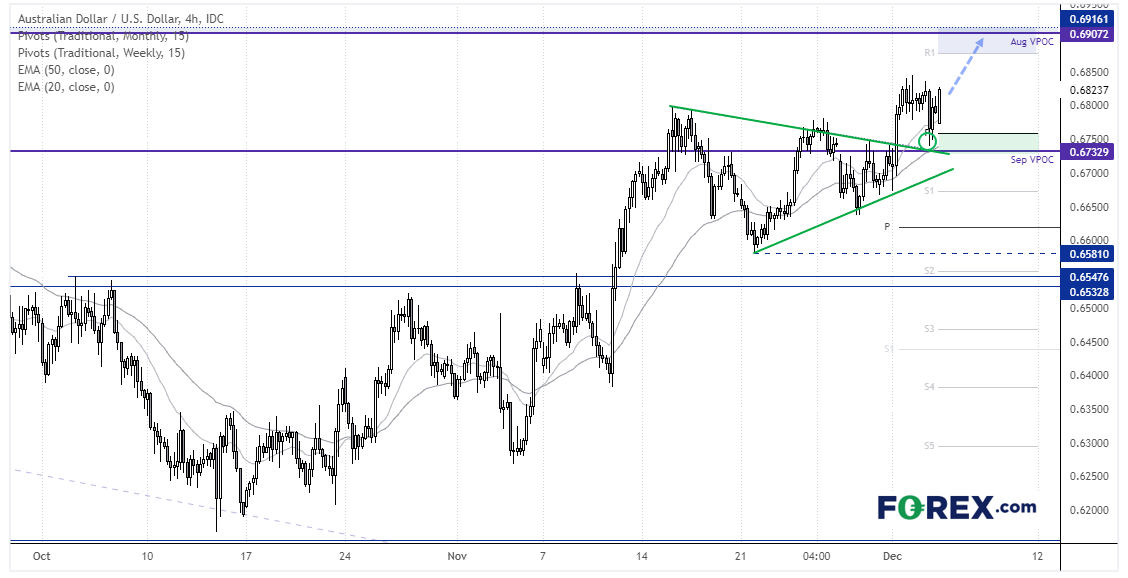