The RBA hikes by 25pb – not the 50bp expected, AUD bears return

The RBA hiked rate by 25bp to 2.6% - their highest level in 9 years, although this was below expectations of 50bp. Still, they have now hiked rates by 250bp since their record low of 0.1% in April. Its’ the most aggressive tightening cycle we’ve seen from the RBA as they play catch-up with other central banks, yet already that trajectory is dying down.

The fact the RBA didn't hike by 50bp really shows that they're nervous about rocking the economic boat  - with household budgets remaining ‘an important source of uncertainty’, and the full effect of higher mortgage rates yet to be felt. 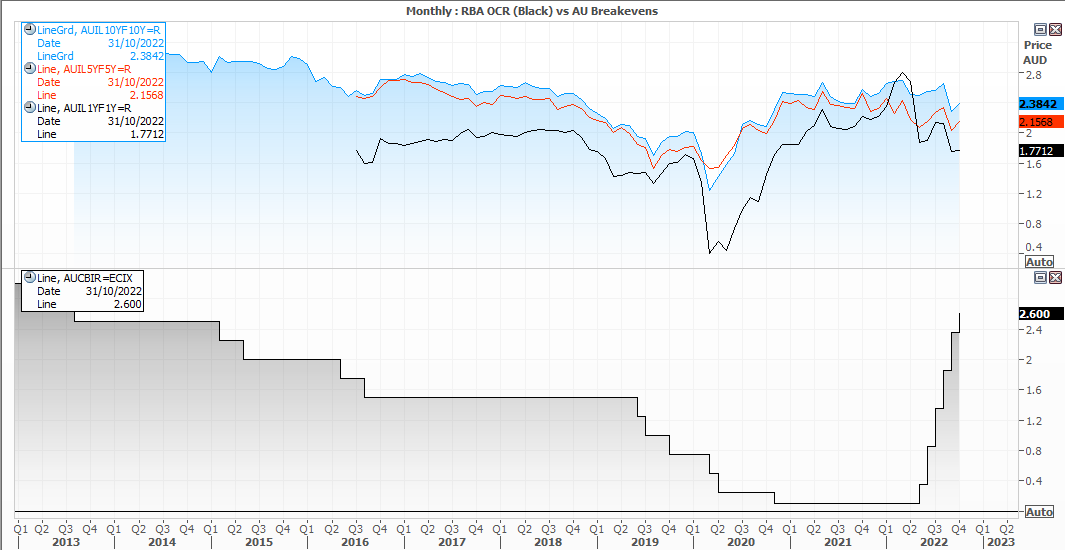 A recent poll tipped the RBA to hike rates to 3.35% (or higher) by the year end. And with two meetings left on the calendar this year it seems economists favour a single 25bp hike at their November and December meeting. But I suspect we may even see the RBA pause in December and reassess in February, which leaves a 25bp hike in November and for rates to sit at 3.1% by the year end.

It’s been a solid session so far for the ASX 200 with the local market opening at the day’s low and now sitting proudly at the day’s high. Even bears need to take a break from profits once in a while, and the short-covering rally which began on Wall Street has clearly helped support the ASX today. In fact the ASX has outplayed its US counterparts by holding above the June low and not entering a technical bear market. So if this is the beginning of a risk-on bounce, the ASX may be the better bet for bulls over the S&P 500.

A bullish divergence formed on the stochastic oscillator as the market rallied form the June low. A move back towards 7,000 / the 200-day EMA may not be out of the question, so we prefer to seek dips until sentiment sours once more. 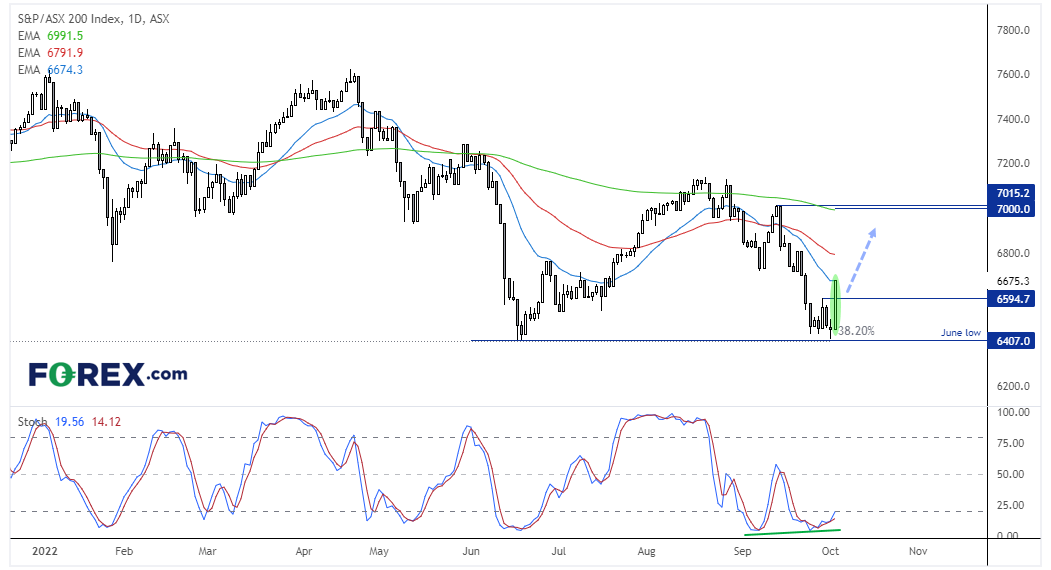 The Aussie remains within an established downtrend and within a wider bearish channel on the 4-hour chart. The 50 bar-EMA is capping as resistance on the 4-hour chart and a potential symmetrical triangle is forming beneath the monthly pivot point. Given the Fed remain hawkish with a higher base rate and the RBA are taking their foot off of the gas, the bias remains bearish and we prefer to see breaks of new lows of seek bearish reversals around resistance. 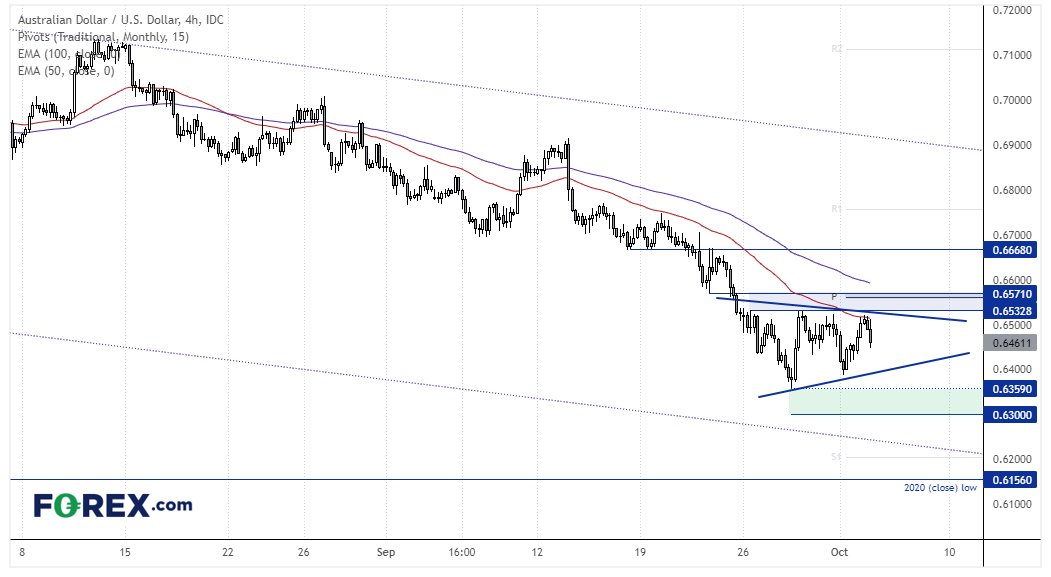