EUR/GBP could a more upbeat outlook from the ECB boost the Euro?

All eyes are on the ECB rate announcement. The central bank is not expected to make any changes to policy after a busy March meeting.

Last month the ECB announced that it would front load its asset purchase programme.

The vaccine programme and business optimism is starting to improve in the bloc and the ECB is likely to acknowledge that. The rosier outlook could help lift the Euro.

Although ECB’s Christine Lagarde is likely to consider it too early to following Canada’s tapering path.

The EUR/GBP broke out of its descending channel dating back to early September.

After reaching a high of 0.8715 the pair has just eased lower and have been consolidated, trading in a very tight range around 0.8640 awaiting the next catalyst.

Should Christine Lagarde sound optimistic regarding the outlook EUR/GBP could look to break resistance at 0.8673 the weekly high before heading back towards 0.8715.

A more cautious sounding ECB could see the pair look back towards 0.8590, the weekly low before considering a move towards 0.85 the round number. 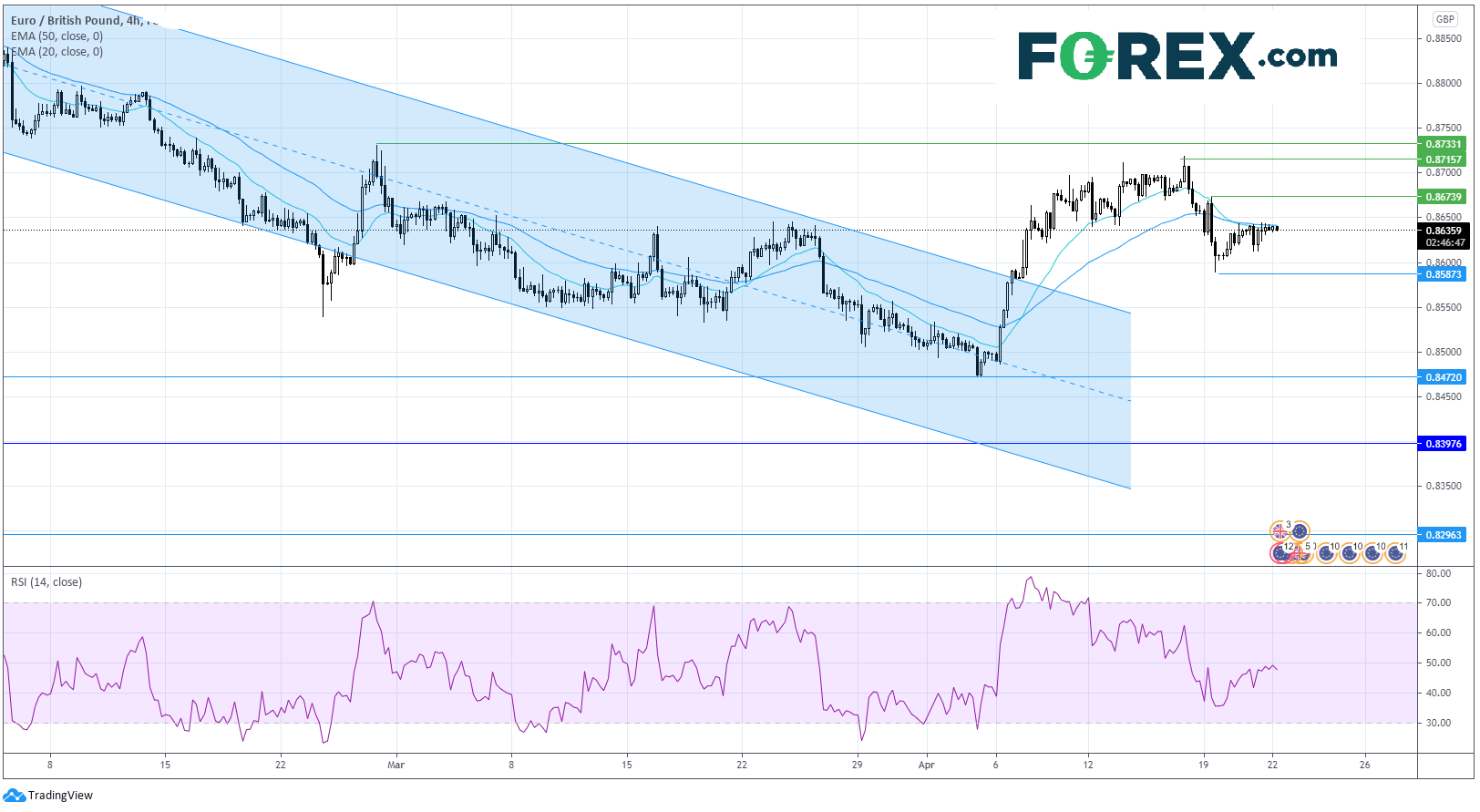 Both the API & the EIA stock pile reports revealed an unexpected build  in crude inventories.

The demand outlook is weakening as Covid cases are rising exponentially in India, the third largest imported of oil. Rising cases in Japan the world’s third largest economy are also unnerving the market.

The OPEC+ meeting is due on 28th April. OPEC+ were expected to increase production from May. However, Russia are indicating that output is likely to remain unchanged.

The price broke out above its descending trendline and the 20 EMA crossed above the 50 EMA in a bullish signal on April 13.

The price powered high forming what could be considered a double top reversal pattern. The 20 EMA is looking set to cross below the 50 EMA which would be another bearish signal.

However, the price found support on its ascending trendline from April 5 and the price is attempting to push higher. 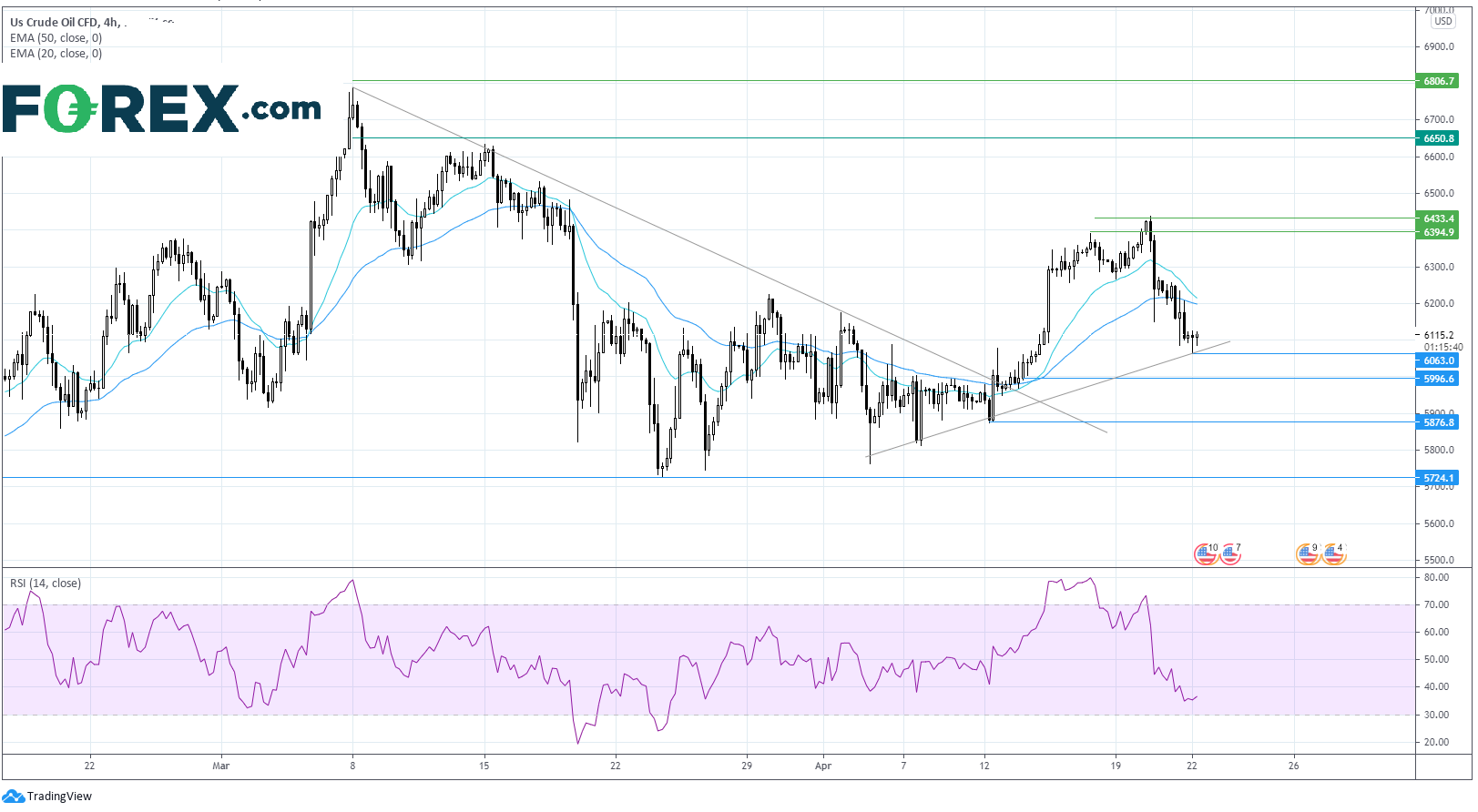 2 Trades to watch for today’s US inflation report: EUR, Gold
By:
Matt Simpson

Crude oil drops again with WTI below $90
By:
Fawad Razaqzada