By :
Global Author
USD/CAD fell towards key support on Thursday, a day after the Bank of Canada (BoC) kept interest rates unchanged at 0.50% as expected and then went on to issue a statement that was less dovish than many had anticipated. The policy statement helped prompt a surge for the Canadian dollar, pushing USD/CAD below key 1.3000 support. The currency pair continued to follow through to the downside on Thursday to approach the lower support border of a large triangle consolidation pattern that has been in place since the 1.2500-area lows in early May.

Aside from the BoC policy statement, also contributing to a higher Canadian dollar and lower USD/CAD has been crude oil, which has remained relatively well-supported despite having drifted down within the past month from early-June highs. Thursday saw a partial rebound for oil prices after the previous two days of volatile fluctuations.

Having currently approached the bottom support of the large triangle pattern, USD/CAD has reached a critical technical juncture. Any sustained breakdown below the lower border would confirm the triangle as a downtrend continuation pattern, indicating a potential resumption of the sharp bearish trend that started in the beginning of the year. Such a breakdown scenario would likely be contingent upon several different factors, including continued crude oil price support and continued skepticism over the pace of future U.S. rate hikes.

In the event of a breakdown below the triangle pattern, the next major downside target is at the key 1.2650 support level followed by the noted 1.2500 support level, which was last touched in early May and represents the low of this year’s bearish trend. 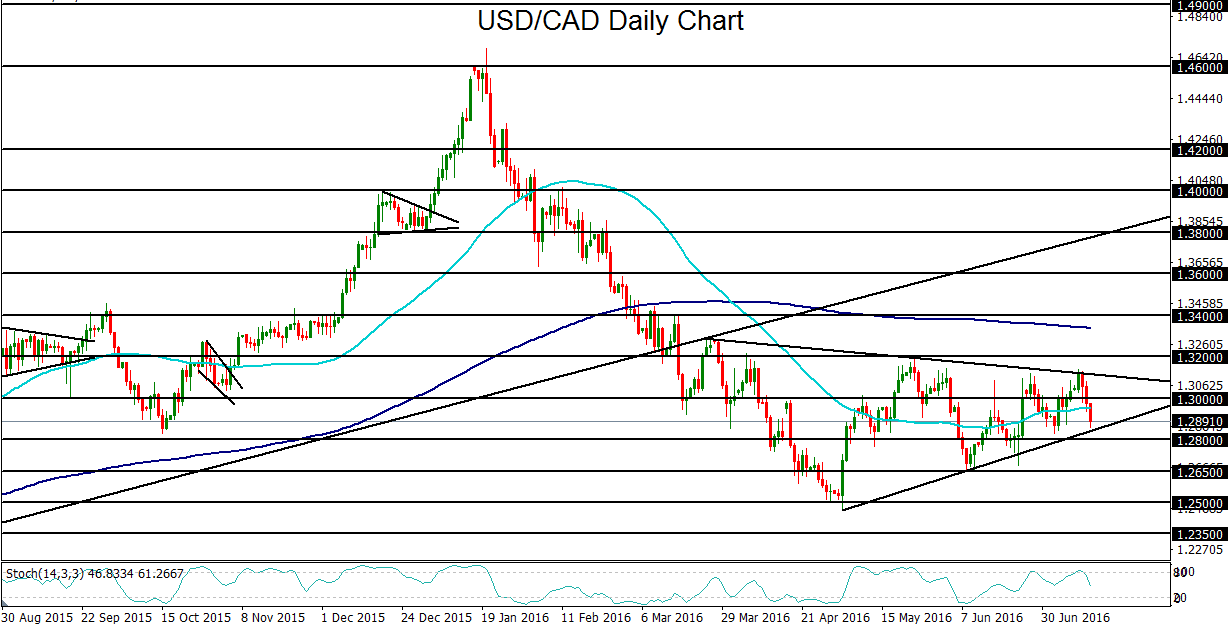