This is in sharp contrast to his repeated complaints against a strong dollar not long before.

While the eurozone and Japan are currently implementing negative interest rates, the U.S. is likely to keep rates positive (though close to zero) in the foreseeable future. And now Trump does not mind a strong dollar. These will keep the greenback on a Bullish Bias.

As shown on a Daily Chart, the ICE U.S. Dollar Index stays comfortably at levels above the psychologically-significant level of 100.00. 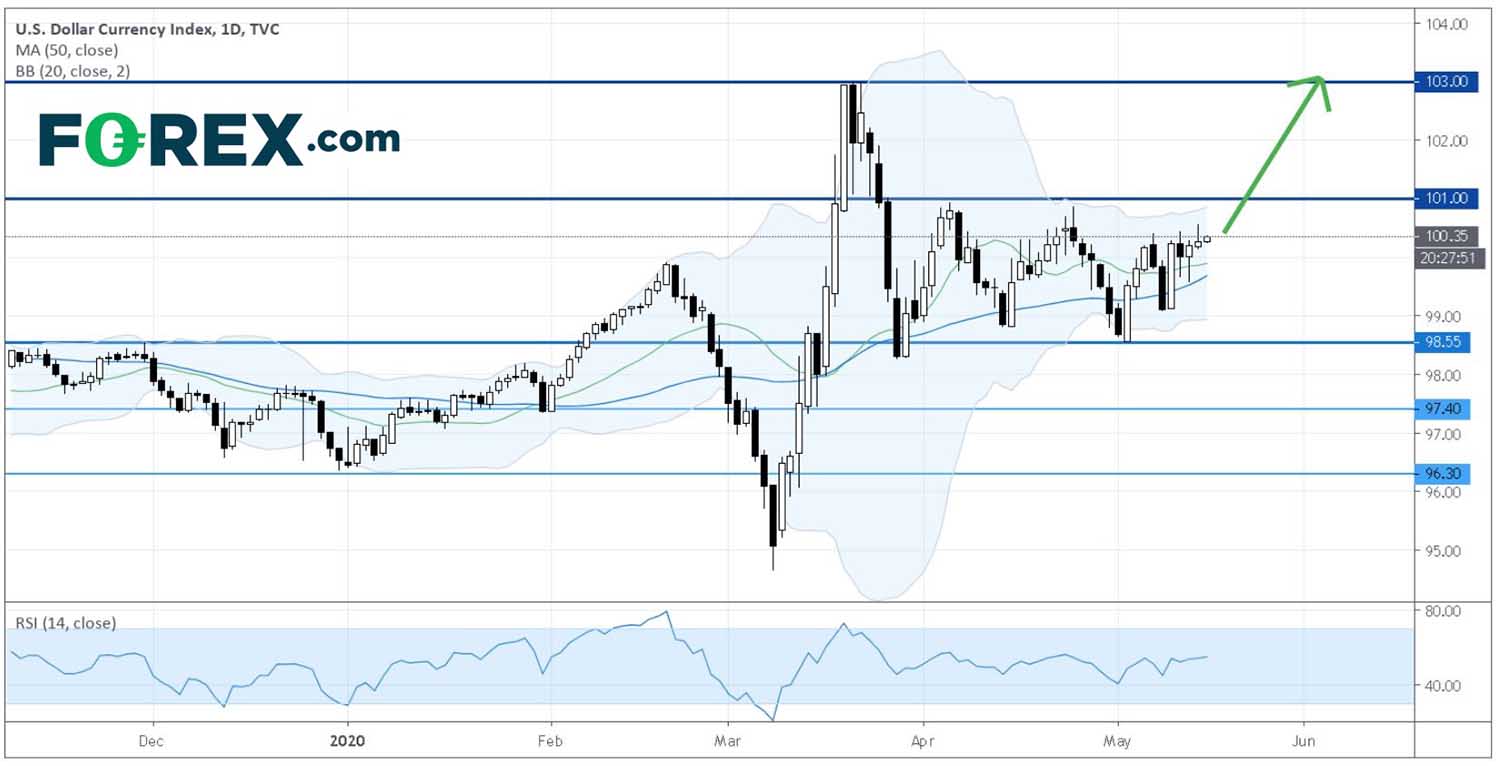 
In fact, it is trading at levels above both 20-day and 50-day moving averages.

In case a third attempt to break above the Overhead Resistance at 101.00 (previous two attempts were made in April) results in a success, the next Resistance at 103.00 (year-to-date high seen in March) would come into sight.

Only a return to the Key Support at 98.55 would bring about a Bearish Reversal.