USD under pressure against the EUR

By :
Global Author
The US Dollar was bearish against all of its major pairs on Monday.

One of the most active currency pairs on Monday was The EUR/USD which jumped appx. 65 pips to 1.1321. The pair broke above a rectangle consolidation after breaking its bearish trend channel to the upside on a 1-hr chart. As long as 1.1275 can hold as support, look towards a test of 1.1395 resistance. A break below 1.1275 could call for a test of 1.122 intraday lows. 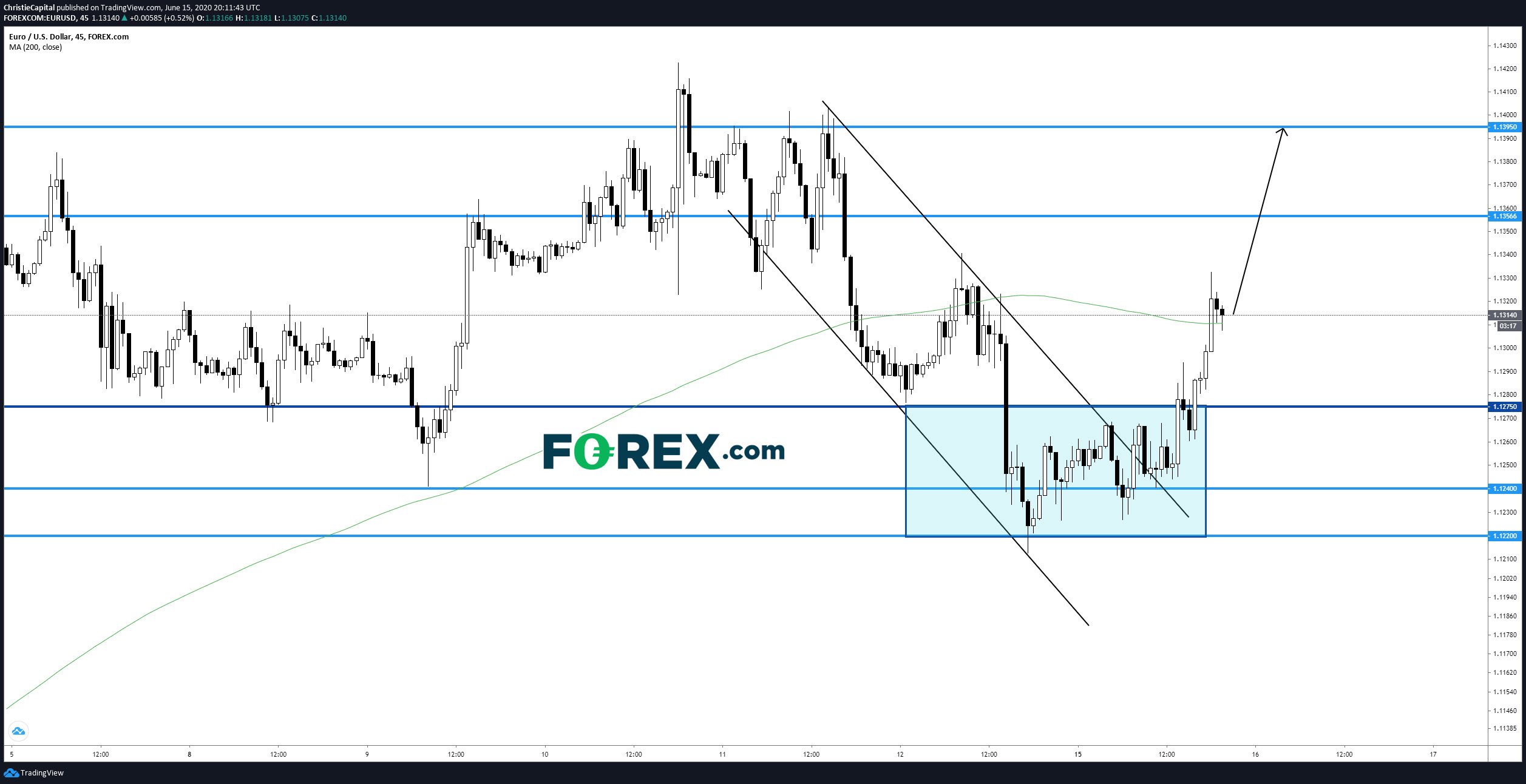