By :
Global Author
The US Dollar was bullish against most of its major pairs on Thursday with the exception of the CHF, JPY and EUR. On the US economic data front, the Consumer Price Index was unchanged on month in October (+0.1% expected), compared to +0.2% in September. Initial Jobless Claims fell to 709K for the week ending November 7th (731K expected), from a revised 757K in the prior week. Continuing Claims declined to 6,786K for the week ending October 31st (6,825K expected), from a revised 7,222K a week earlier. Finally, the Monthly Budget Deficit grew to 284.1 billion dollars on month in October (275.0 billion dollars expected), from 134.5 billion dollars in September.

On Friday, the Producer Price Index Final Demand for October is expected to rise 0.2% on month, compared to +0.4% in September. Finally, the University of Michigan's Consumer Sentiment Index for the November preliminary reading is expected to increase to 82.0 on month, from 81.8 in the October final reading.

One of the most active pars on Thursday was the USD/CAD which jumped 77pips to 1.314. Looking at the chart, the pair remains in a consolidation pattern between 1.299 support and 1.342 resistance. A double bottom may be in play but is not confirmed until price action breaks above 1.342 resistance. The preference is for a rebound higher towards 1.365. A large trend reversal may be in the works. 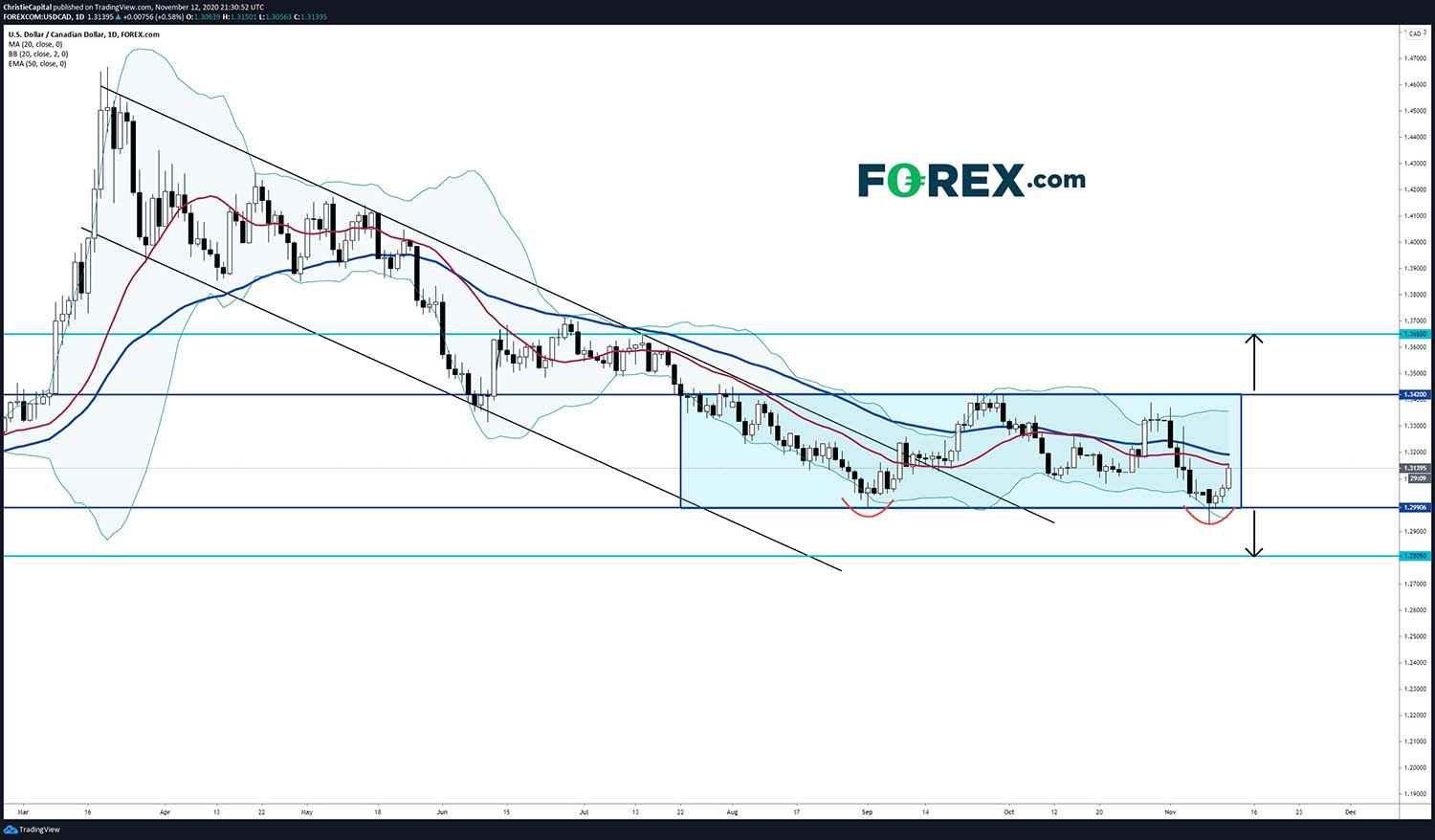