By :
Global Author
The US Dollar was mixed against all of its major pairs on Monday. On the US economic data front, no major economic data was released.

On Tuesday, the National Federation of Independent Business's Small Business Optimism Index for November is expected to fall to 102.5 on month, from 104.0 in October.

The Euro was bearish against most of its major pairs with the exception of the CAD and GBP. In Europe, the German Federal Statistical Office has posted October industrial production at +3.2% (+1.6% on month expected). Also, the December Eurozone Sentix Investor Confidence was released at -2.7, vs -7.8 expected.

The USD/CAD continues to show downside momentum on a daily chart after breaking below a consolidation zone that was in place since September. Previous support at the 1.2805 has been broken to the downside. The trend remains quite bearish. Look for a continuation lower towards 1.2555 as long as key resistance remains at 1.299. 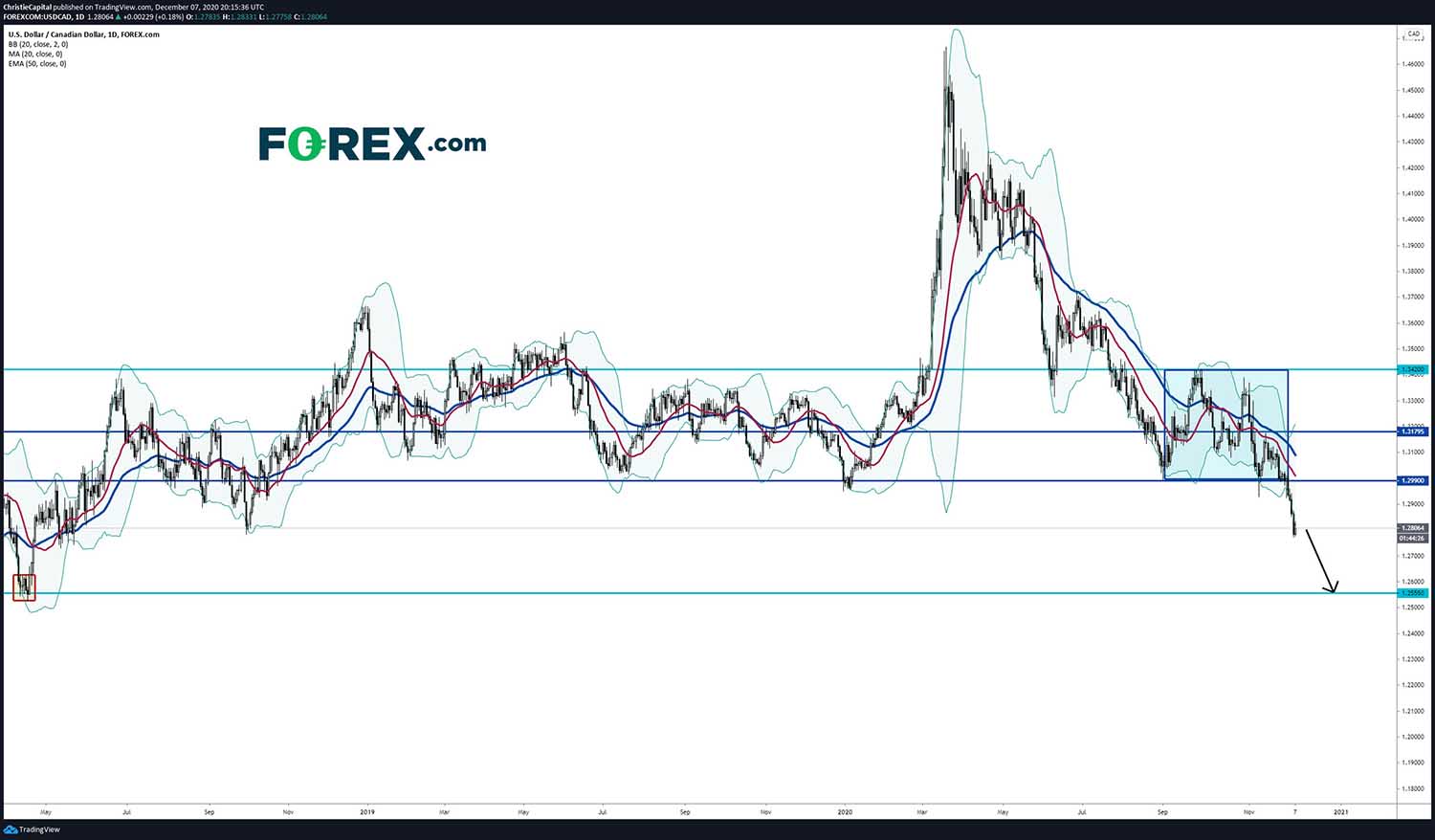