USD/CHF in focus with FOMC and SNB rate decisions looming

The USD/CHF has arrived at a critical technical juncture around 0.9950 ahead of the US Federal Reserve and Swiss National Bank rate decisions. The FOMC is widely expected to trim rates by 25 basis points later on today while the SNB is seen holding rates unchanged at -0.75% tomorrow morning.

As my colleague Matt Weller wrote in his FOMC preview article earlier, the decision on interest rates is unlikely to be a big market mover in and of itself. Instead, traders will be keeping a closer eye on the central bank’s outlook for rates and the economy moving forward. Simply put, if the Fed conveys a dovish assessment of the economy then that would likely be bearish for the dollar while a hawkish outlook would be bullish, one would think. 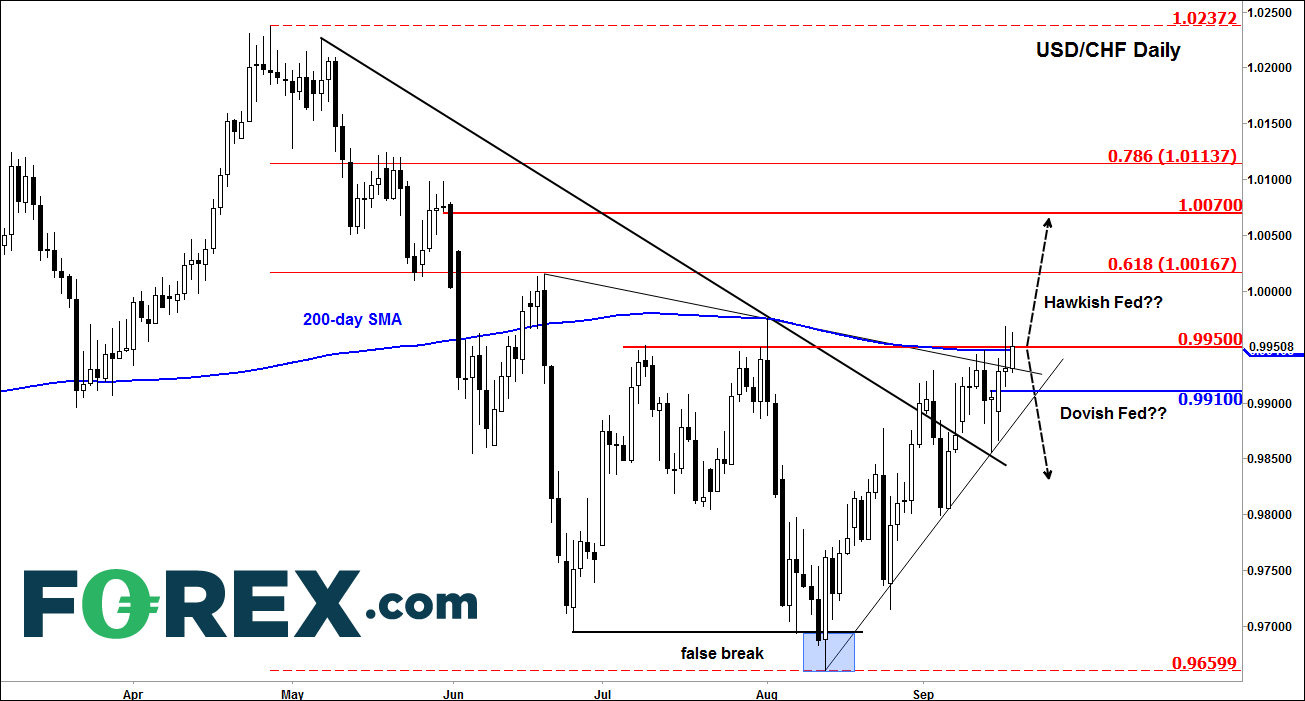 Having broken a bearish trend line, the short term bias is technically bullish for the USD/CHF at the moment. However, rates have struggled to push further north of this 0.9950 region, with the 200-day moving average providing stiff resistance. The hesitation to move away from here is clearly understandable ahead of the two major central bank meetings, so this pair is one to watch for now.

If after the Fed meeting, the dollar resumes higher then the USD/CHF is perhaps one of the best pairs to trade for the buck bulls, given the fact that the SNB remains as one of the most dovish central banks out there, who is ready to intervene in the FX markets if the franc appreciates significantly.

However, if the dollar falls in response to the Fed’s decision today then in that case the dollar bears would be better off looking for opportunities elsewhere, with gold, for example, being a prime candidate due to growing geopolitical risks stemming from the Middle East.