On the economic data front, the Mortgage Bankers Association's Mortgage Applications rose 9.3% for the week ending June 5th, from -3.9% in the week before. The Consumer Price Index declined 0.1% on month in May (0.0% expected), compared to -0.8% in April. The Federal Open Market Committee (FOMC) kept the Federal Funds Target Rate between 0.00% to 0.25%, in line with the last FOMC meeting.

On Thursday, the Producer Price Index Final Demand for May is expected to rise 0.1% on month, from -1.3% in April. Initial Jobless Claims for the week ending June 6th are expected to fall to 1,550K, from 1,877K in the previous week. Finally, Continuing Claims for the week ending May 30th are expected to decrease to 20,000K, from 21,487K in the prior week.
The Euro was mixed against all of its major pairs. In Europe, France's INSEE has posted April industrial production at -20.1% (vs -20.0% on month expected).

We continue to see USD downside pressure. The Fed announcing the maintaining of low rates over the next two years cant be helping USD bulls. The dollar index declined 0.29 points to 96.033. The USD/CHF dropped 70 pips making the pair one of the largest movers in back to back trading sessions. Yesterday we posted a bearish trading plan for the USD/CHF and today we reached all downside targets. We see the downtrend continuing therefore we have tightened our stop-loss pivot to the 0.948 resistance level. Look for the 50-period moving average to act as resistance on the decline. 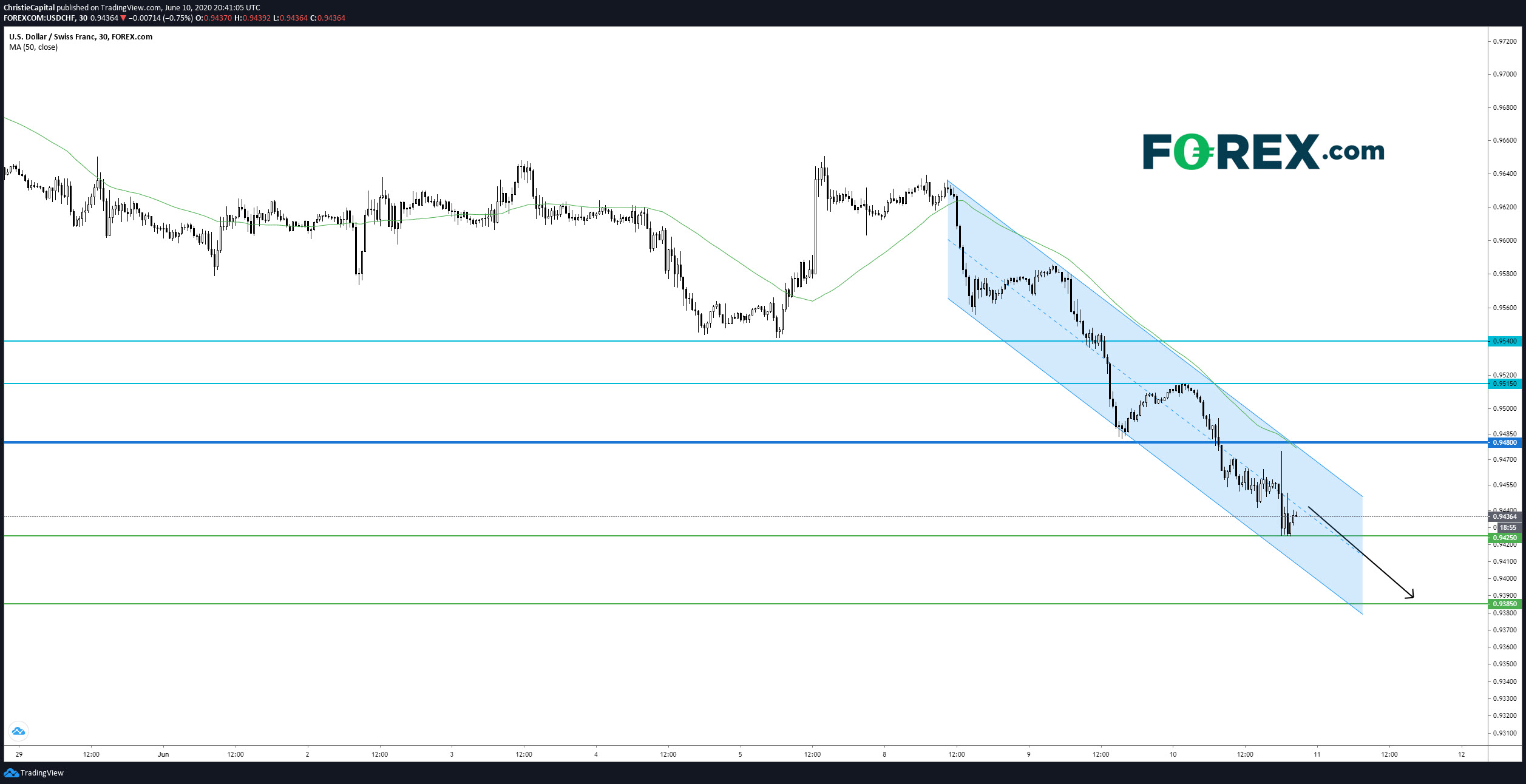