By :
Global Author
The US Dollar was bearish against most of its major pairs on Tuesday with the exception of the JPY. On the U.S. economic data front, the Conference Board's Consumer Confidence Index unexpectedly declined to 84.8 on month in August (93.0 expected), from a revised 91.7 in July. New Home Sales jumped to 901K on month in July (790K expected), from a revised 791K in June.

On Wednesday, the Mortgage Bankers Association's Mortgage Applications data for the week ending August 21st are expected. Finally, Durable Goods Orders for the July preliminary reading are expected to rise 4.5% on month, compared to +7.6% in the June final reading.

The Euro was bullish against most of its major pairs with the exception of the AUD and GBP. In Europe, the German Federal Statistical Office has reported final readings of 2Q GDP at -9.7% on quarter (vs -10.1% expected). Germany's August IFO Business Climate Index was released at 92.6 (vs 92.2 expected) and Expectations Index was published at 97.5 (vs 98.0 expected). 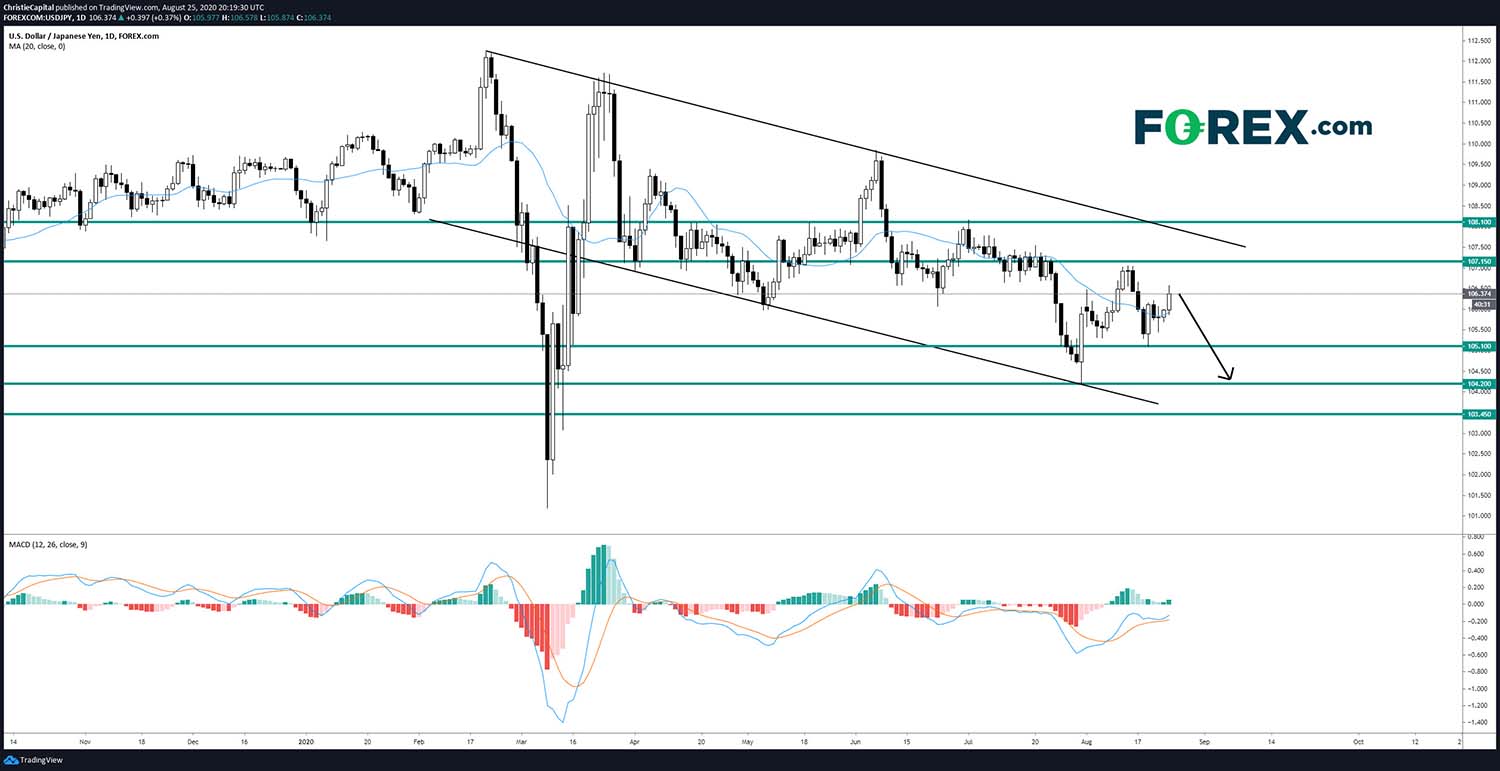