USD/JPY near strong support; DXY may be the key for next move

USD/JPY reached its flag target near 105.00 last week, which was also the 161.8% Fibonacci extension from the highs of January 11th to the lows of January 21st.  After briefly moving above that level, price action on Friday and yesterday left large wicks on the tops of their daily candlesticks, indicating sellers were in the market and a move lower could be ahead.  The daily RSI was also in overbought territory.  The DXY has been moving lower over the last few days, and as a result of the high correlation, it’s no surprise that USD/JPY has been pulling back as well. But the pair is closing in on strong support near 104.45.  This level was horizontal resistance on the way up, as well as, the breakout level above the upper downward sloping trendline of the descending wedge. 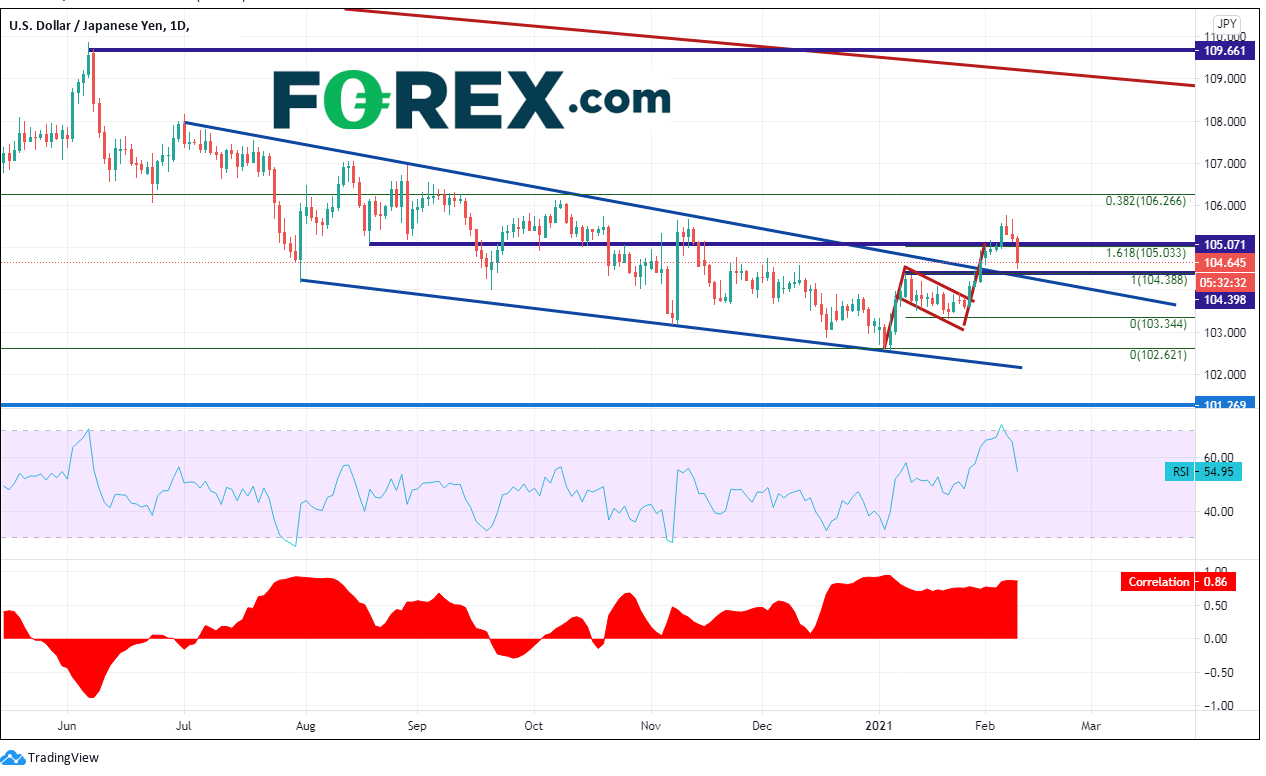 On a short-term 60 minute timeframe, there was a false breakout above an ascending wedge which we highlighted last week.  Price eventually rolled over and fell from a high on Friday of 105.76 down to todays current lows near 104.50.  Notice that USD/JPY has held the 104.45 level thus far.  The intraday RSI is also in oversold territory and in turning higher.  Intraday resistance above is near 105.15, which also confluences near the 50% retracement level and the 61.8% Fibonacci retracement level from yesterday’s highs to today’s lows.  Next horizontal resistance is 105.32 before the recent highs at 105.76.  Strong support is at the 104.45 level, then near 104.00 (not shown). 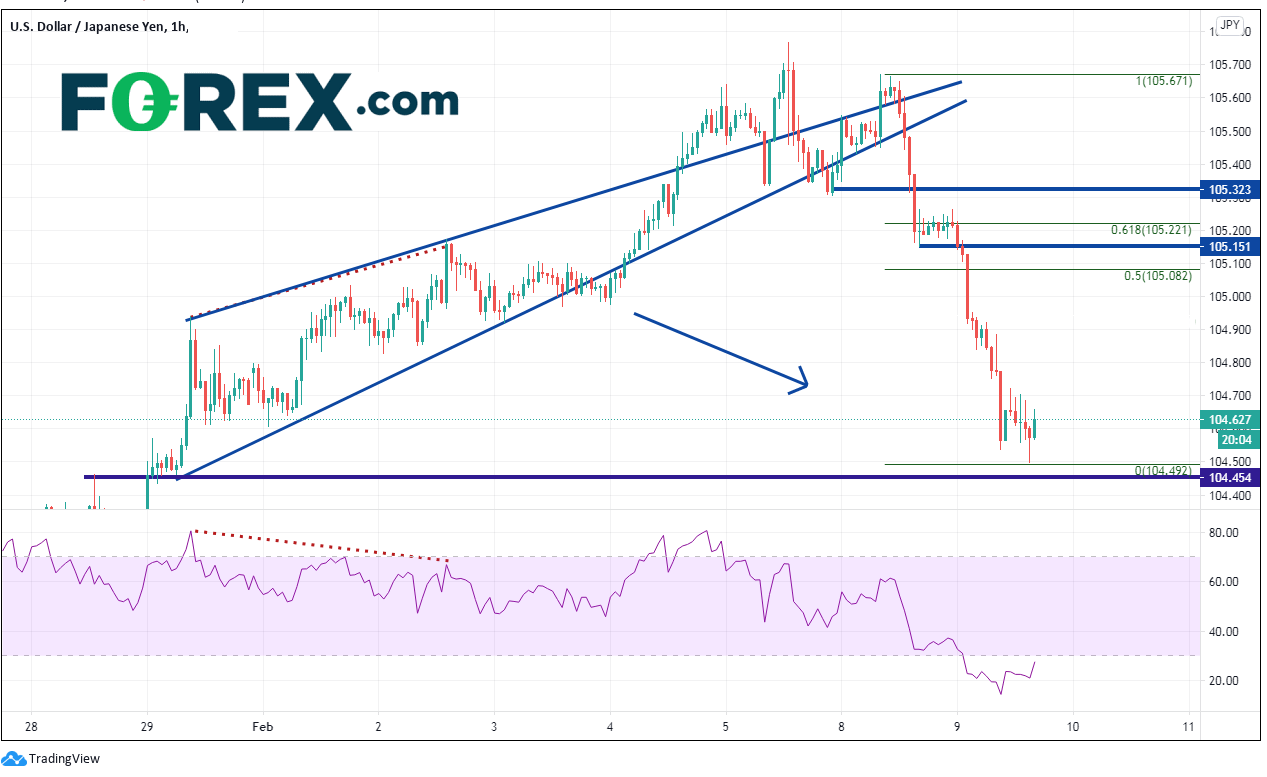 Given the current USD/JPY – DXY correlation coefficient, DXY may give a clue as to where USD/JPY may be headed.  In addition, bulls will be protecting the 104.45 level in USD/JPY.  Watch for stops from weak longs below.