Sentiment was fragile overnight as China’s trade data disappointed, with both imports (domestic demand) and exports (external demand) falling below par. At 0.3% y/y, imports were their lowest since April and second lowest since August 2020. Exports only rose 7.1%, down from 18% and completely missing expectations of 12.8%.

Another day, another handle broken for USD/JPY which tapped 144 within the past hour. There was some speculation that the BOJ (Bank of Japan) or MOF (ministry of Finance) may put a stop to the party around 140, but despite a few ignored comments from the MOF traders a simply bidding USD/JPY higher with the potential for a 145 later today. 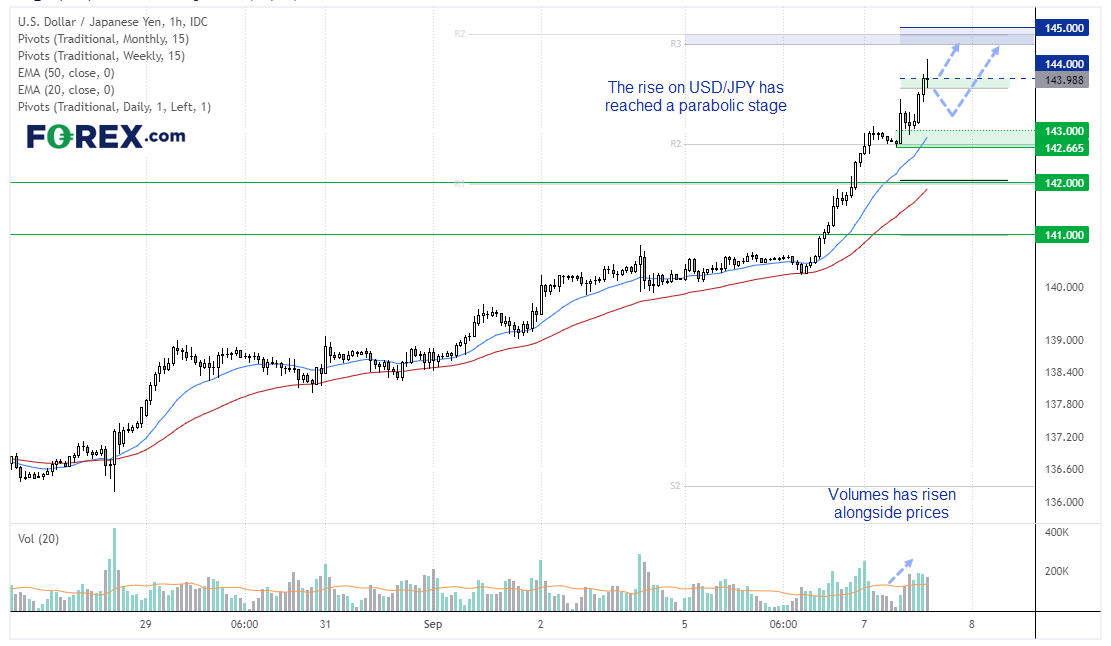 We can see on the 1-hour chart that USD/JPY has entered a parabolic stage to the trend. The main issue here from a technical perspective is that every ‘classical’ overbought/oversold indicator would have been screaming overbought for some time, and it can stay there for a lot longer. Whilst we continue to see higher lows form, with no evidence of bearish volatility at these highs, the trend is assumed to continue. Bulls could therefore seek bullish setups above 143 should prices retrace with a view to target the 145 area (although take note that the monthly R2 and weekly R3 pivots are just below this ley level). 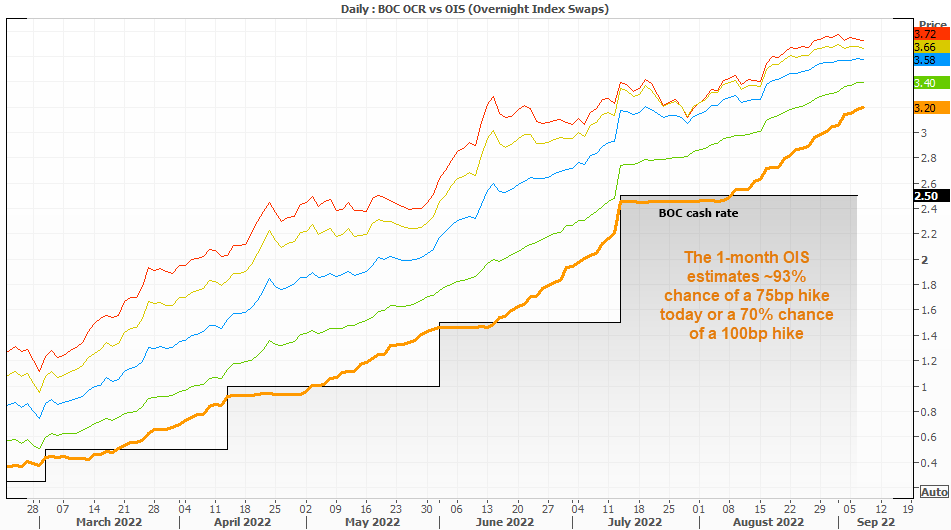 The BOC (Bank of Canada) will be a key focus for traders in the US session, given they surprised markets with a 100bp hike in July when traders were expecting a ‘mere’ 75bp hike). And whilst there is some evidence that headline inflation is beginning to cool, the BOC’s governor was quick to point out that inflation was still “far too high” – which spurred speculation of another 75bp or 100bp hike today.

Economists polled by Reuters favour a 75bp hike, which has been priced in by the 1-month OIS by around 93%. Yet money markets also see a 100bp hike as ‘more likely than not’ with the probability sitting ~70%.

Given these high rates are to fight inflation for which the BOC are currently losing, there’s no guarantee a higher hike will be positive for the Canadian dollar given it is likely to stimmy growth further. And we also have oil prices to contend with, which broke lower overnight. 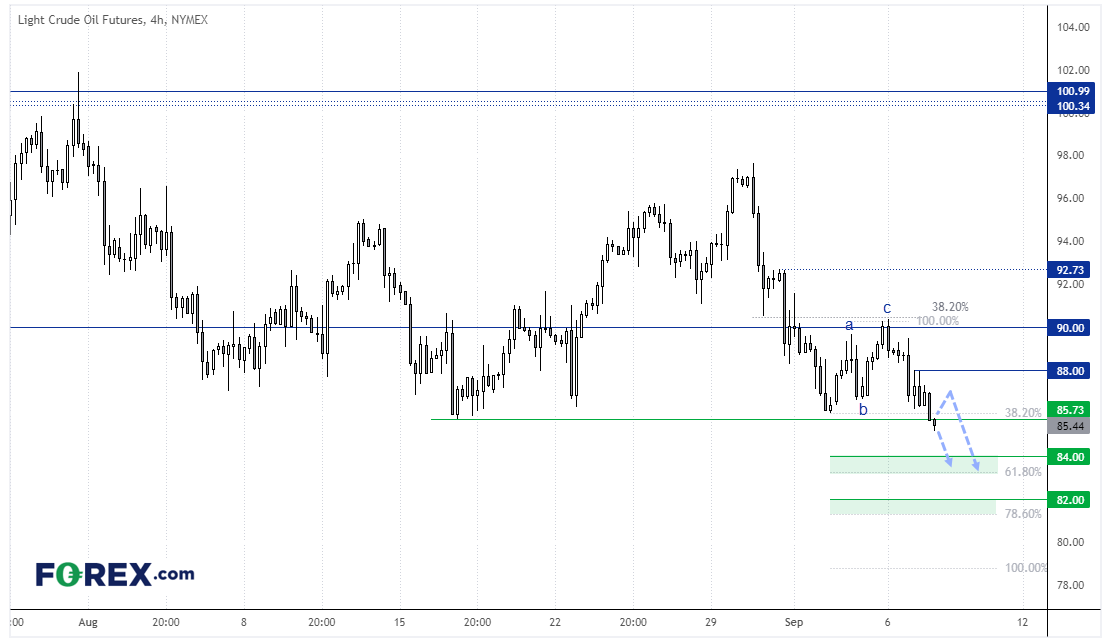 We outlined a potential scenario to retest the lows around 85.70, and that scenario has just played out ahead of the European open. Sentiment remains fragile and unfavourable for risk assets such as oil, so we’re looking for further bearish opportunities below $88 and for a potential move down to the $84 support zone. 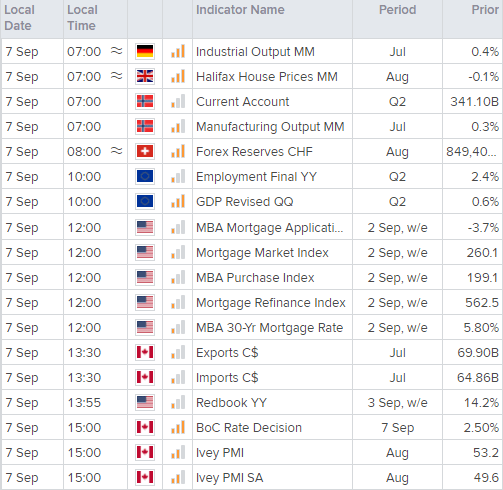