MORNING TRADING
In Asian trading hours, EUR/USD extended its rally to 1.1795 and GBP/USD rose to 1.2999. USD/JPY eased to 105.66. AUD/USD bounced to 0.7205. This morning, the Reserve Bank of Australia kept its benchmark rate unchanged at 0.25% as expected. The central bank said it will not increase the cash rate target until progress is being made towards its objectives and continues to consider how additional monetary easing could support jobs as the economy opens up further.

From a monthly point of view, the stock is trying to bounce back on a potential trend line drawn since 2009. In addition, the ten-year exponential moving average is also playing a support role. Above the horizontal support of March at 1645p look for 2220p and 2575p in extension. 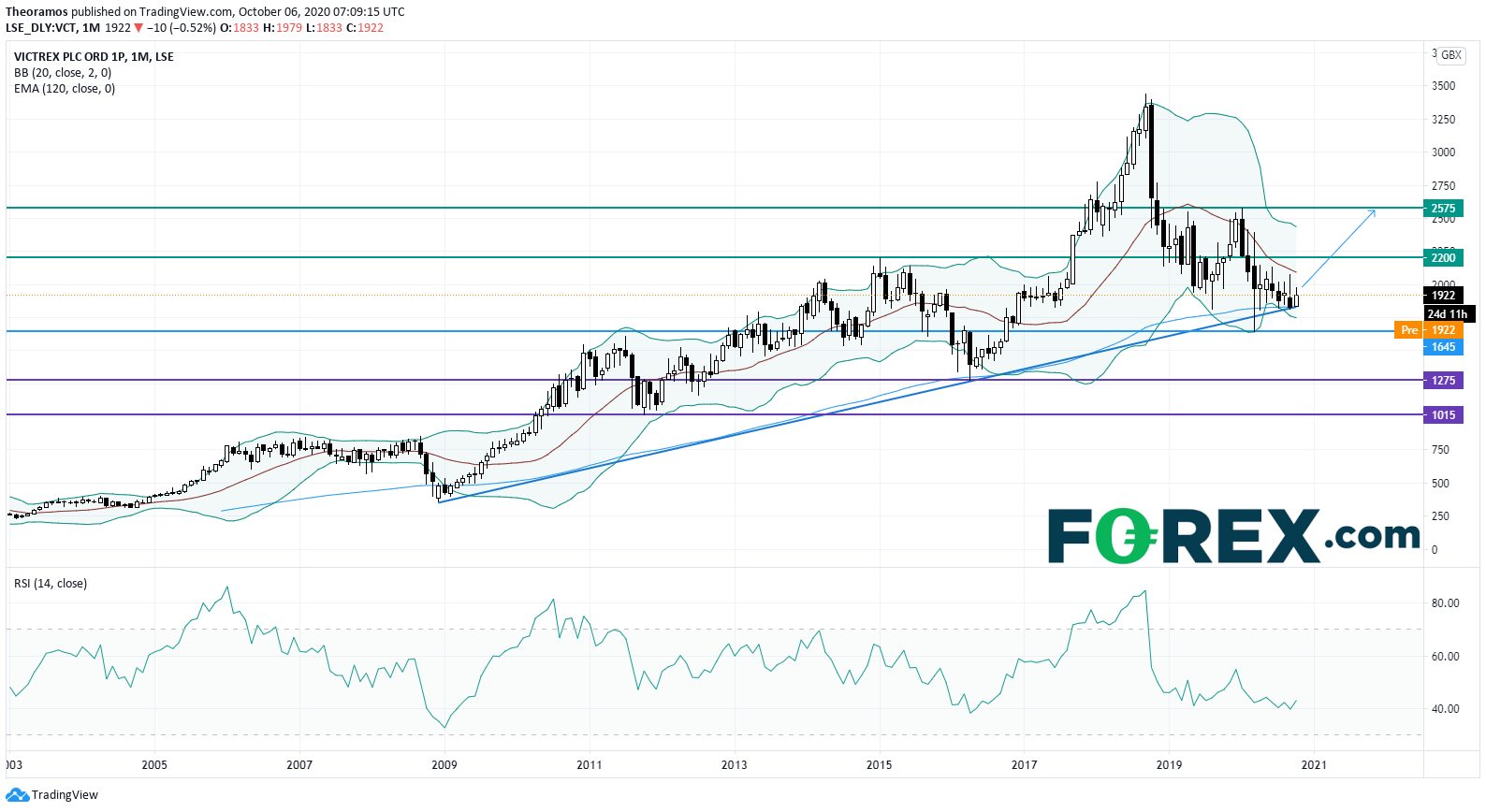 Rentokil Initial, a business services group, was downgraded to "neutral" from "buy" at Goldman Sachs.

Weir Group, an engineering company, was upgraded to "buy" from "hold" at Deutsche Bank.


#GERMANY#
K+S, a chemical group, announced that it has agreed to sell its Americas salt business bundled together as the Americas Operating Unit to Stone Canyon Industries, Mark Demetree and affiliates for 3.2 billion dollars.

Puma's, a sportswear company, shareholder Kering announced plans to sell 8.8 million shares in Puma, expecting to lower its stake in the company to about 9.8%.


#FRANCE#
Veolia, a resource management group, announced that it has acquired the 29.9% stake in French utility company Suez from Engie for 18 euros per share (dividend included). The company added: "Veolia intends, following the acquisition of the 29.9% block of Suez shares, to take control of Suez. To this end, Veolia intends to file a voluntary takeover bid for the remaining Suez shares. (...) Veolia's public offering will only take place once the Veolia project has been favorably received by Suez's board of directors, possibly after the general meeting of its shareholders."

Kering, a luxury goods company, announced the launch of the sell-down of approximately 8.8 million shares that it owns in Puma, representing about 5.9% of the share capital of Puma, through a placement to qualified investors only. The company said is expected to retain approximately 9.8% of Puma's outstanding shares after the placement.


#SWITZERLAND#
Sika, a specialty chemical company, said it has expanded its mortar production in China with the commissioning of a new facility in Chengdu.