European indices are losing more than 1% on average on disappointing eco data releases. European Commission revised down euro-zone 2020 GDP decline from -7.7% to -8.7%. In Germany, industrial production rebounded by 7.8% in May, after a decline of 17.5% (revised from -17.9%) in April. However the market expected an increase of 11.1%.

Gold is edging down, but remains firm close to a eight-year high on COVID-19 concerns.

US dollar consolidates after the release of better than expected US services data.

Apple (AAPL), the tech giant, has decided to use OLED screens for entire 5G iPhone range this year, according to Nikkei.

Kinder Morgan (KMI), one of the largest midstream energy firms in North America, was downgraded to "sell" from "neutral" by Goldman Sachs.

Dominion Energy (D), an electricity and natural gas supplier, was downgraded to "neutral" from "outperform" at Credit Suisse. 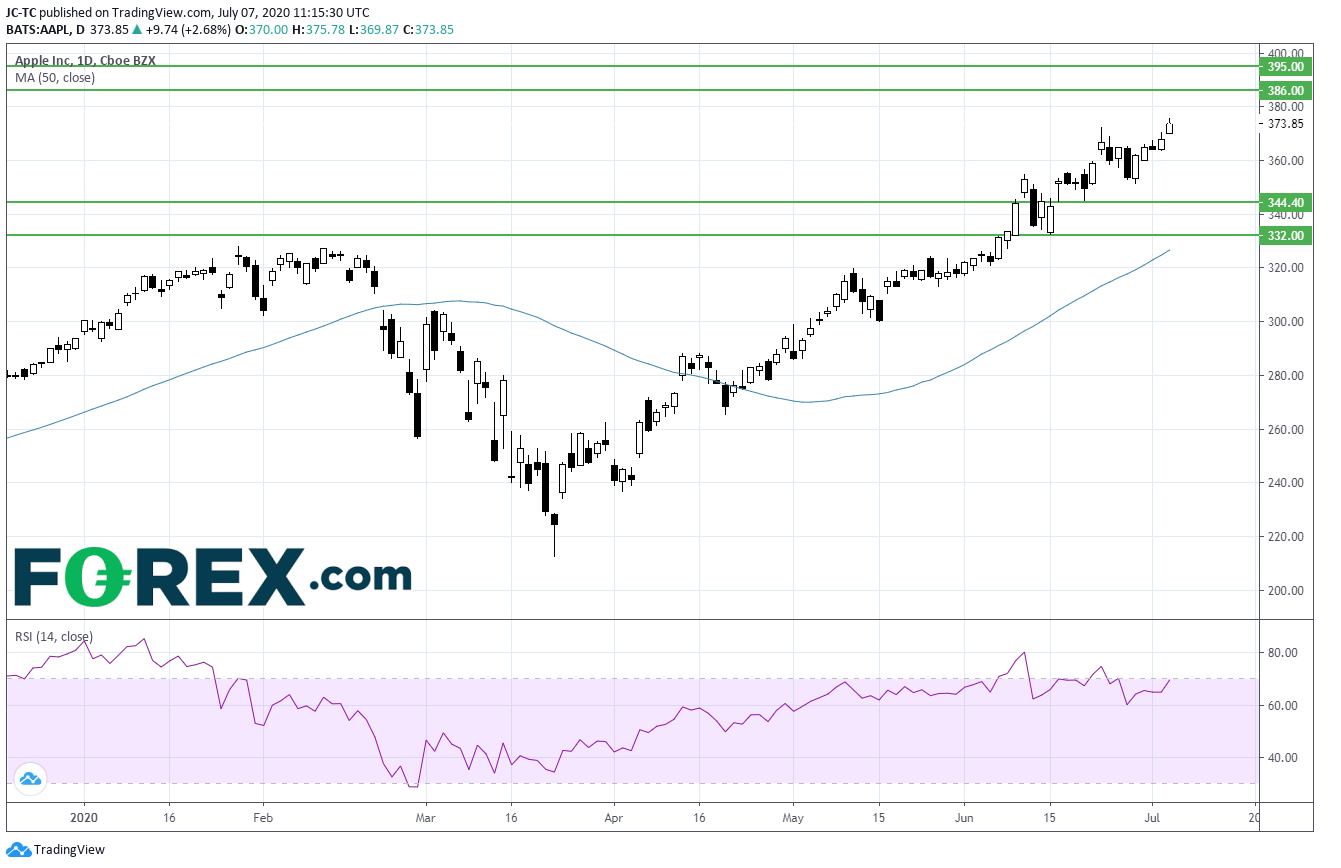