Whilst the FOMC minutes helped lift the dollar and Wall Street on the day, but we’re not convinced the dollar low is in just yet. 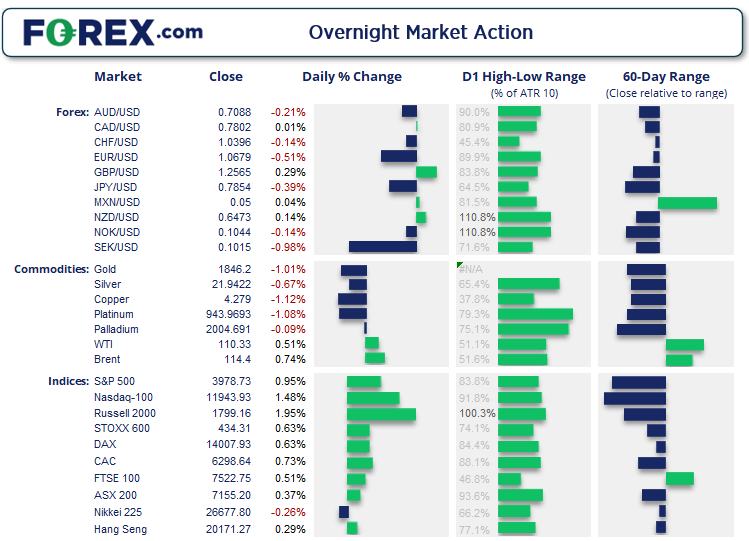 GBP/USD has been within an uptrend since the 16th of May, although the rally stalled at the 1.2600 resistance zone. Support was found around 1.2472 and bullish momentum is now increasing back into resistance. A bullish inside day formed yesterday, so we’re now looking for a breakout above 1.2605 to assume bullish continuation.