The S&P 500 Futures remain on the upside after they posted further gains on Friday. U.S President Donald Trump said in an interview that he wants to see a larger stimulus package than the one offered by either Democrats or Republicans.

European indices are on the upside. In Germany, September Wholesale Prices were released at +0.0%, vs -0.4% on month in August.

Asian indices closed in the green except the Japanese Nikkei. Japan's core machine orders grew 0.2% on month in August (-0.4% expected) and PPI fell 0.8% on year in September (-0.5% expected).

WTI Crude Oil futures are under pressure. The total number of rotary rigs in the U.S. rose to 269 as of October 9 from 266 in the prior week, and rigs in Canada increased to 80 from 75, according to Baker Hughes.


Gold and U.S dollar are consolidating, amid bets on U.S fiscal stimulus.


Apple (AAPL)'s price target was raised to 132 dollars from 111 dollars at RBC Capital. 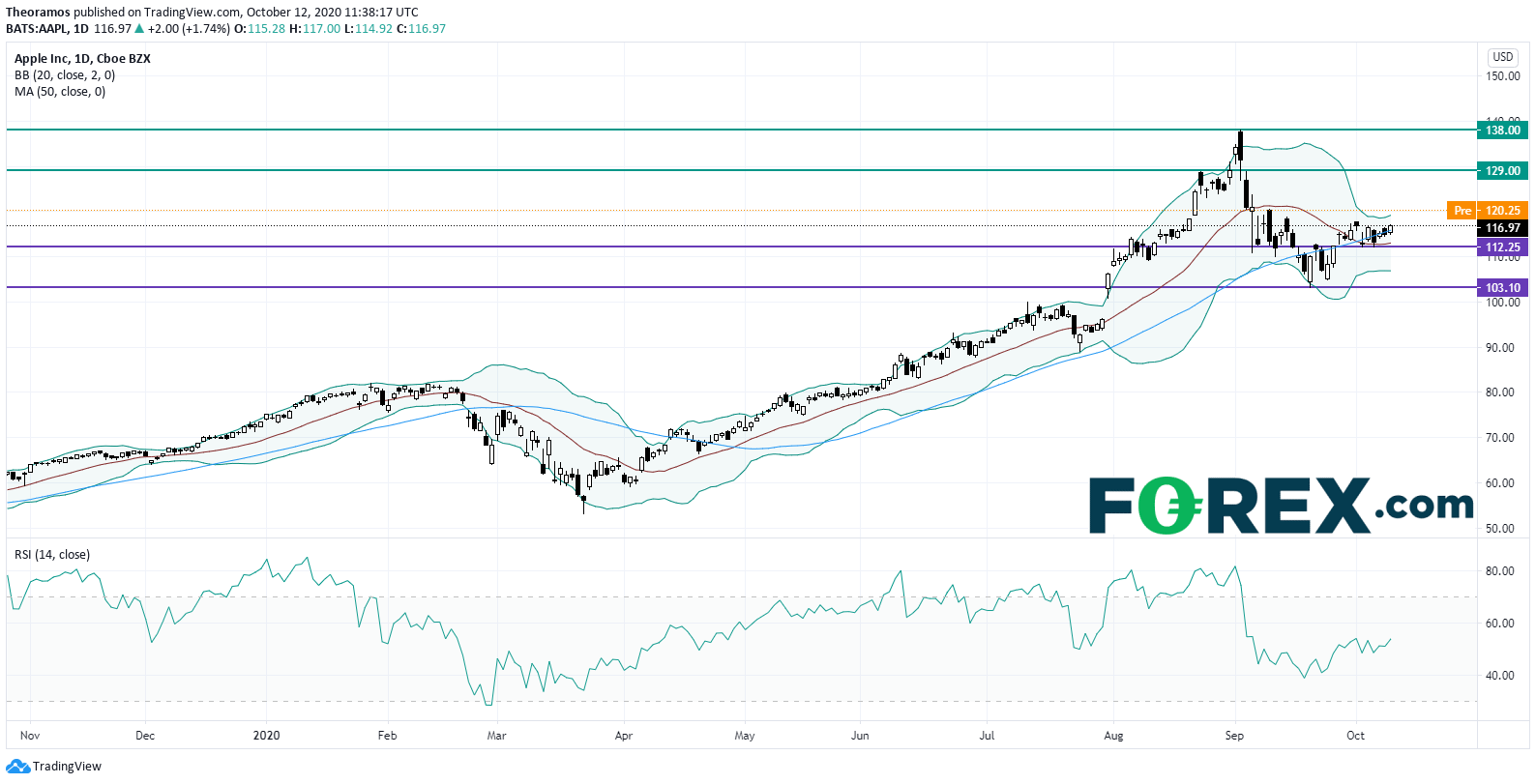 Twitter (TWTR), the social network, was upgraded to "buy" from "hold" at Deutsche Bank.

Pepsico (PEP), the international beverage and food company, was upgraded to "buy" from "neutral" at Citi.