The S&P 500 Futures remain slightly on the upside

The S&P 500 Futures remain slightly on the upside. Still, no progress was made on political negotiations over the new coronavirus relief package.

Due later today is the U.S. Empire State Manufacturing Survey (a decline to 14.5 in August is expected).

European indices are searching for a trend as Covid-19 cases are on the upside.

Asian indices closed in dispersed order. The Hong Kong HSI and the Chinese CSI closed on the upside while the Japanese Nikkei and the Australian ASX closed lower. This morning, Japan's second quarter annualized GDP shrank 27.8% on quarter (-26.9% expected), the largest decline on records, according to the government.

Gold gains some ground after prices had their biggest weekly decline since March on risk appetite comeback.

The US dollar consolidates before the release of Fed minutes this week.

Amazon (AMZN), the e-commerce giant, is currently being probed by the German Federal Cartel Office over potential abuse of dominance during the COVID-19 pandemic, according to CNBC. 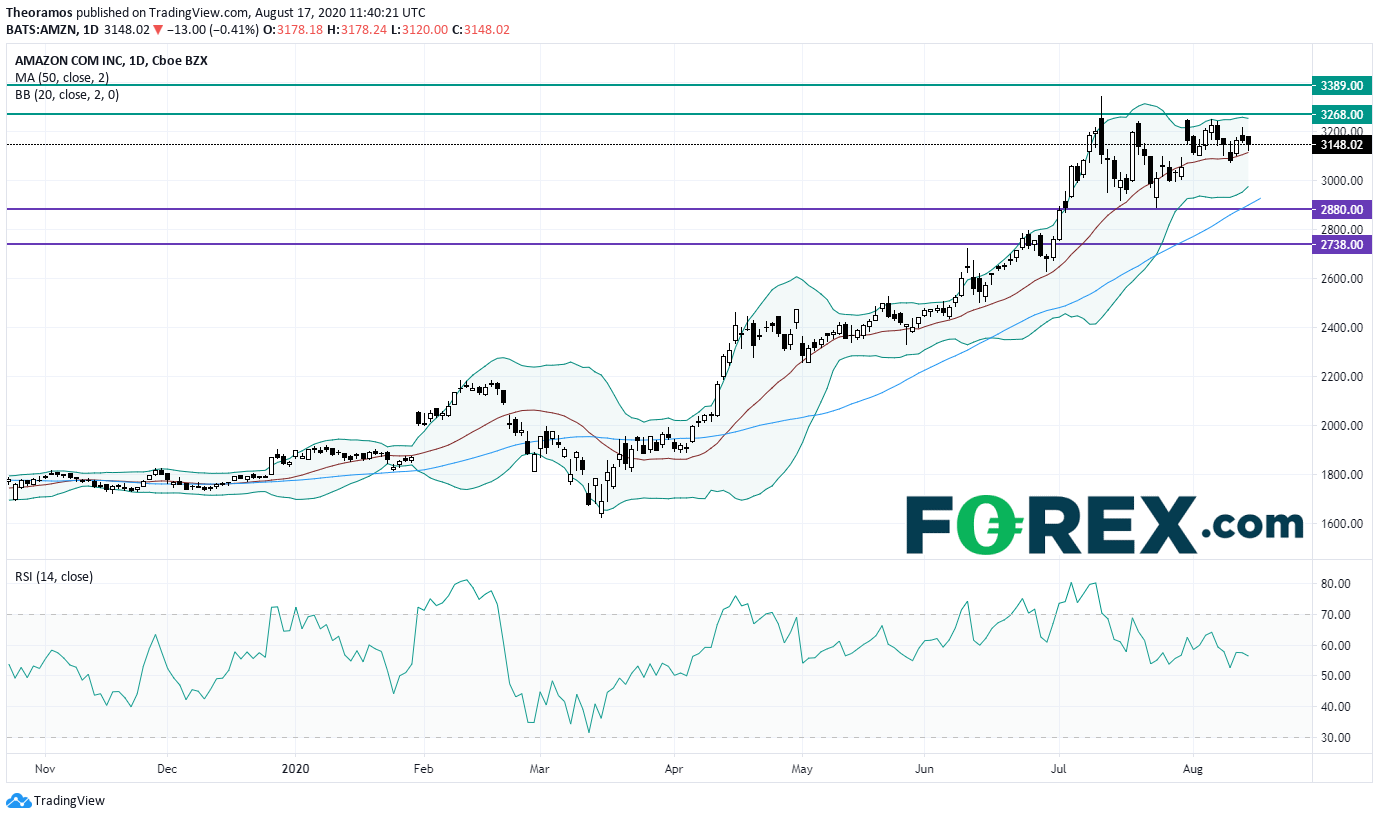 Tesla (TSLA): the electric-vehicle maker's car registrations in China fell to 11,623 units in July from 15,529 units in June, according to Reuters.

Novavax (NVAX), the biotech, "announced the beginning of a Phase 2b clinical trial in South Africa to evaluate the efficacy of NVX-CoV2373, Novavax’ COVID-19 vaccine candidate."