The S&P 500 Futures are posting a slight rebound after they closed in negative territory yesterday.

European indices are searching for a trend as a 2-day meeting on European 750 billion euros recovery fund is starting today. The European Commission has posted final readings of June CPI at +0.3% on year, as expected.

Asian indices closed in the green except the Japanese Nikkei which closed slightly in the red.

Gold is consolidating after a three-session rally.

Netflix (NFLX), the video streaming service, is heavily under pressure before hours after reporting second quarter EPS of 1.59 dollar, below the estimate, up from 0.60 dollar a year ago on revenue of 6.1 billion dollars, slightly above the consensus, up from 4.9 billion dollars in the previous year. The Co also anticipates lower than expected new subscriber recruitment in the third quarter. 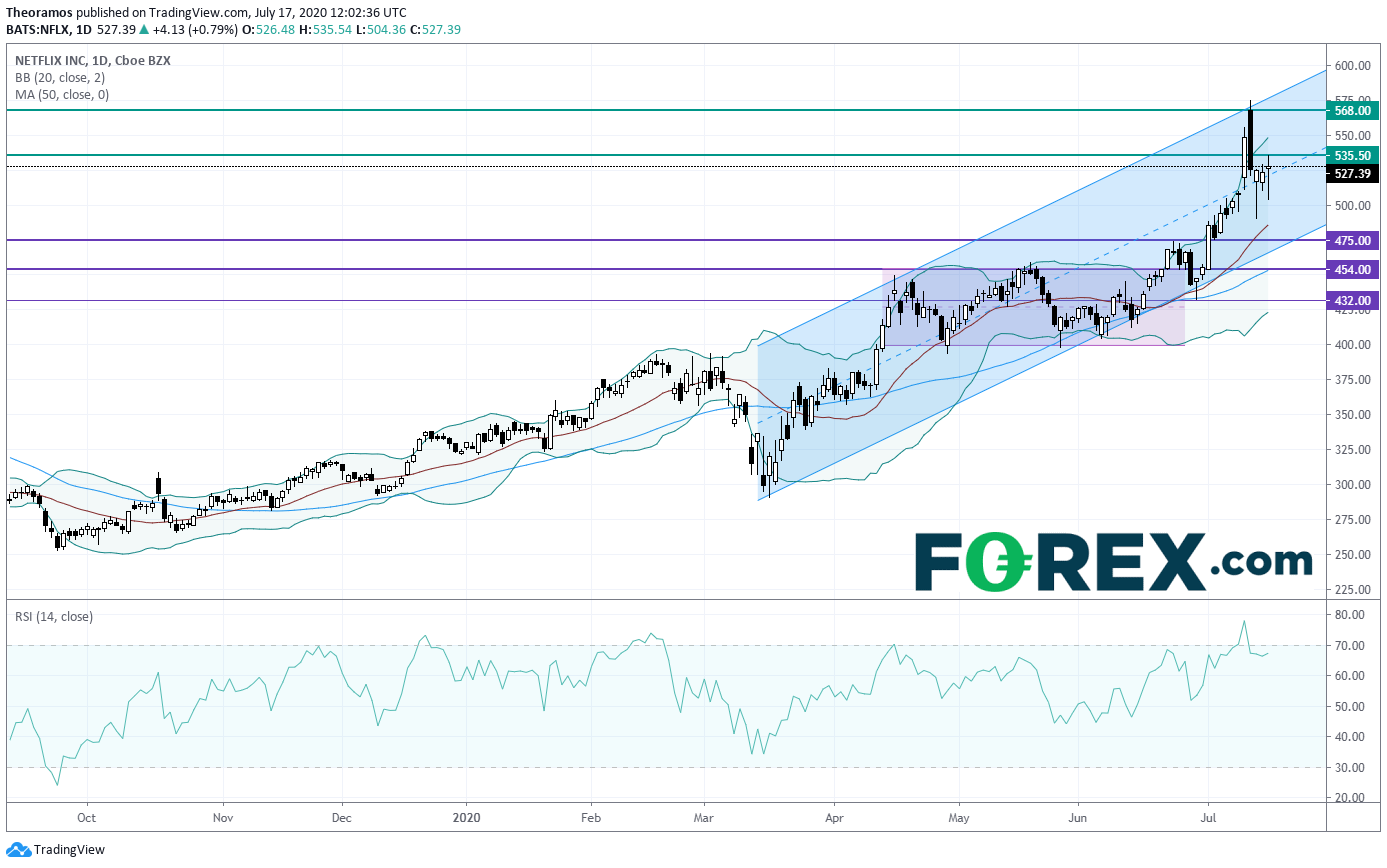 BlackRock (BLK), the largest public investment management firm in the world, is up in the premarket after disclosing second quarter EPS of 7.85 dollars, better than expected, up 22.5% from the same period last year on revenue of 3.65 billion dollars, ahead of the consensus, up 3.7% from last year.

J.B. Hunt Transport Services (JBHT), a North American logistics company, disclosed second quarter EPS of 1.14 dollar, better than expected, down from 1.37 dollar a year ago on revenue of 2.1 billion dollars, ahead of the consensus, down from 2.3 billion dollars last year.

PPG Industries (PPG), a producer of paints and coatings, reported second quarter adjusted EPS of 0.99 dollar, beating the estimate, down from 1.85 dollar a year ago on net sales of 3.0 billion dollars, above the forecast, down from 4.0 billion dollars in the prior year.