The S&P 500 futures consolidate ahead of economic data

Asian indices closed on the upside except the Australian ASX which lost 0.14%. Official data showed that Australia's preliminary retail sales grew 3.3% on month in July (+2.7% in June). Also, Japan's national core CPI was flat on year in July (+0.1% expected).

WTI Crude Oil futures are turning down. U.S. oil export to China may reach 37M barrels in September, surpassing the record level set in May of 35.2M barrels, reported Bloomberg citing the shipping fixtures. Later today, Baker Hughes will report the oil rig counts for the U.S. and Canada; total number of oils rigs operating in the U.S. reported the previous week fell to 172, the lowest since July 2005.

Gold loses ground while the US dollar steadies before the release of important US economic data.


Pfizer (PFE) and BioNTech, the two pharmaceutical groups which are developing COVID-19 vaccine, said they "are on track to seek regulatory review for BNT162b2 as early as October 2020 and, if regulatory authorization or approval is obtained, currently plan to supply up to 100 million doses worldwide by the end of 2020 and approximately 1.3 billion doses by the end of 2021". 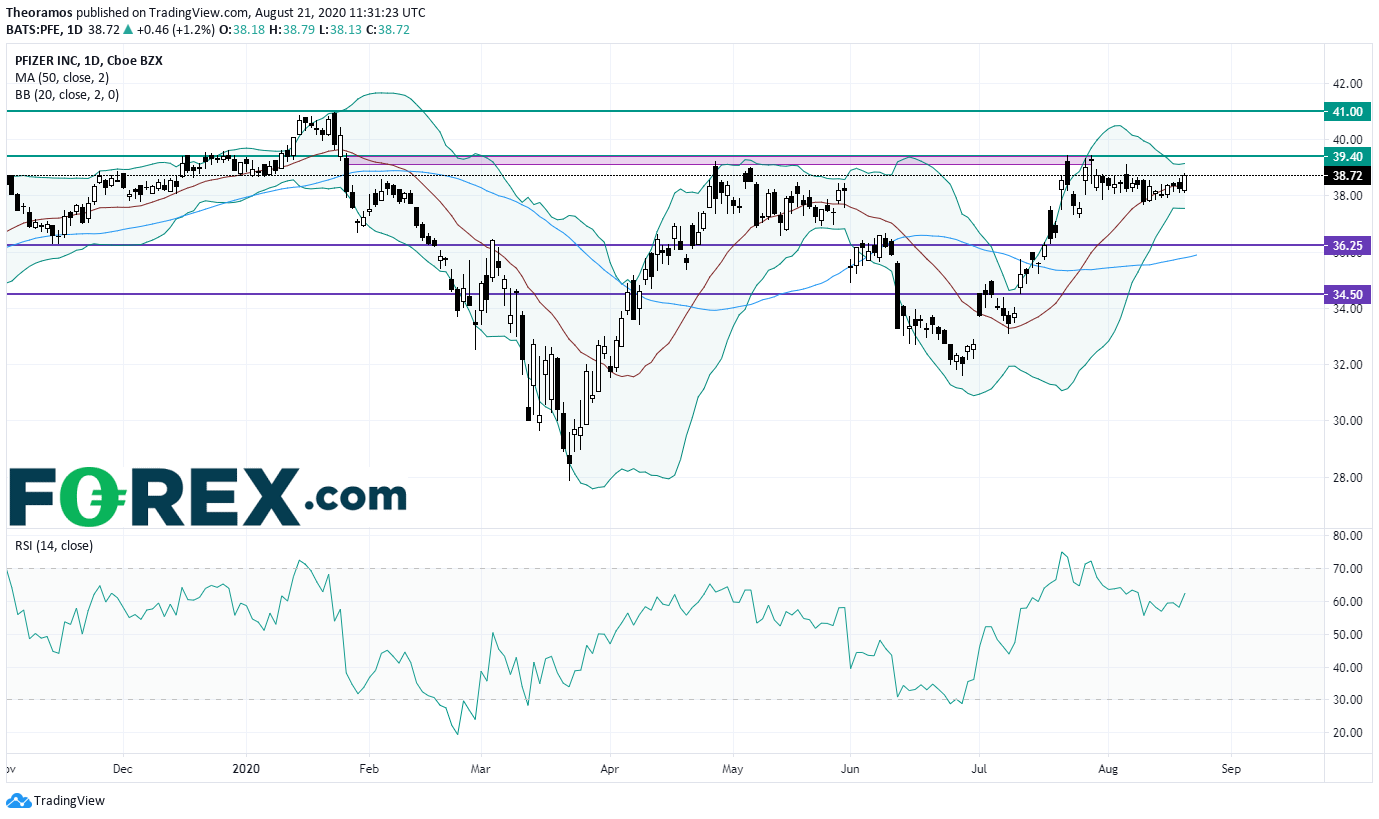 
Deere & Co (DE), a manufacturer of agricultural and construction equipment, is soaring before hours as the raised its full-year net income forecast.