The S&P 500 Futures remain well directed after they closed higher yesterday. While the political tug-of-war on the fiscal stimulus package continued, investors were encouraged by upbeat jobs and housing reports.

Asian indices closed in dispersed order. This morning, official data showed that Japan's national CPI was flat on year in September (as expected).

WTI Crude Oil futures are under pressure. Later today, Baker Hughes will report the total number of rig counts for the U.S. and Canada.


Intel (INTC), a designer and manufacturer of microprocessors, tanked after hours after reporting Data Center sales down 7% to 5.9 billion dollars, below estimates. The stock was downgraded to "underperform" from "neutral" at BofA. 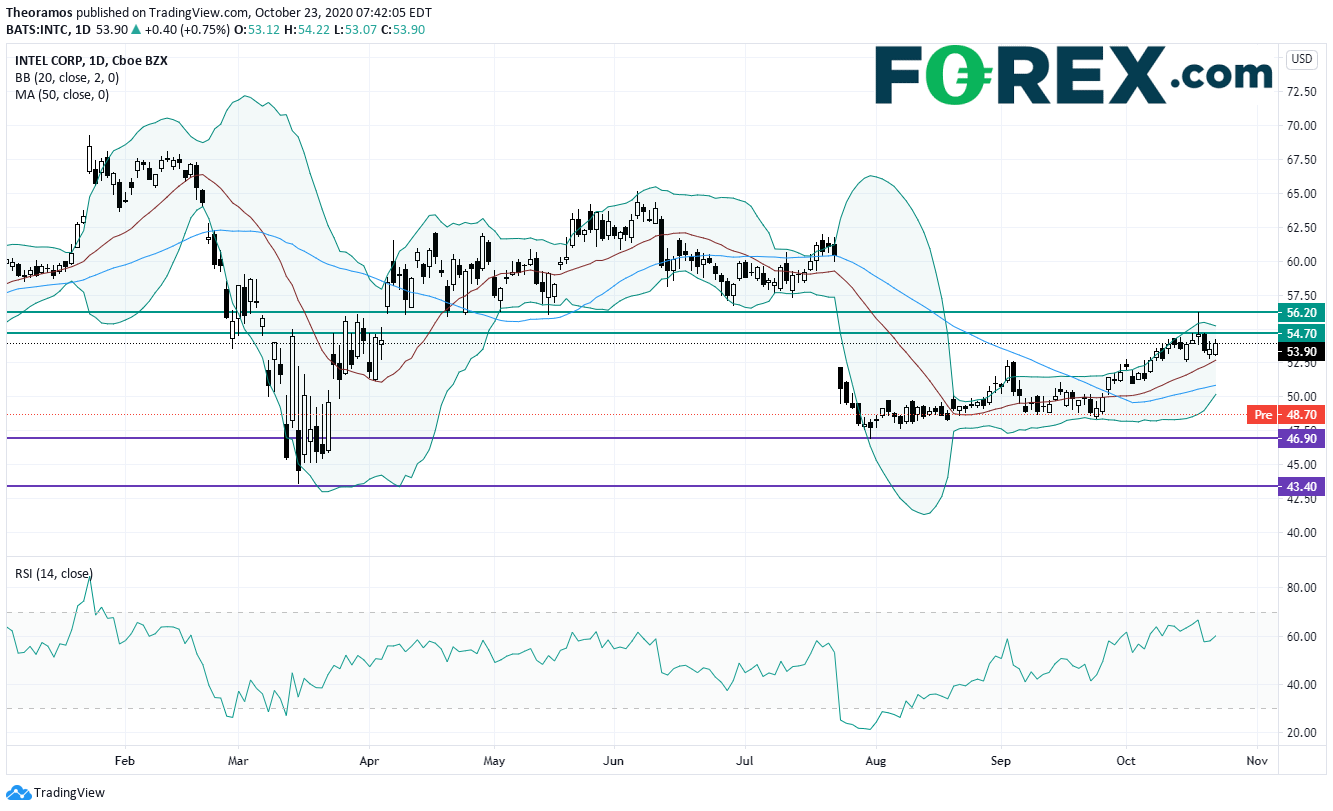 Gilead Sciences (GILD), a biopharmaceutical company focused on infectious diseases, popped in extended trading after the US FDA approved remdesivir for treatment of COVID-19.

Wells Fargo (WFC), a financial services company, is considering selling its asset management business, which may be valued at more than 3 billion dollars, reported Reuters.