The S&P 500 Futures are trading firmly on the upside after President Trump confirmed the US-China trade deal was "intact"; refuting trade advisor Peter Navarro’s claim that the US-China trade deal was "over". Trump confirmation is adding to investors’ optimism of a continued economic recovery fueled by New York City entering its reopening plan Phase 2. On Monday, the Dow Jones Industrial Average rebounded 153 points (+0.6%) to 26025, the S&P 500 rose 20 points (+0.7%) to 3117, and the Nasdaq 100 jumped 121 points (1.2%) to 10130, a fresh record close.

Later today, Investors will have an eye on reports on Markit's U.S. Manufacturing Purchasing Managers' Index (June preliminary reading, a rise to 51.5 expected) and New Home Sales (to rise to an annualized rate of 640,000 units in May expected).

WTI Crude Oil Futures are gaining some ground helped by optimism on the economic recovery. Later today, API would release the change of U.S. oil stockpile data for June 19.

Gold is slightly rebounding after losing some ground following better than expected PMI data in Europe.


Apple (AAPL) price target was raised to 400 dollar from 325 dollars by UBS, and to 380 dollars from 350 dollars at Deutsche Bank. Apple posted a record close yesterday at 358.87 dollars.

American Airlines (AAL), an airline group, is planning to raise 2 billion dollars through offering new shares and convertible bonds, or an increase of 500 million dollars compared to the previous planned offering, reported Bloomberg. Still according to Bloomberg, shares would be priced at 13.50 dollars each.

T-Mobile's (TMUS) shareholder SoftBank announced plans to sell about 200 million shares of the wireless network operator, worth about 21 billion dollars based on T-Mobile June 22 closing price.

Mastercard (MA), a payment processing company, was downgraded to "market perform" from "outperform" at Oppenheimer. 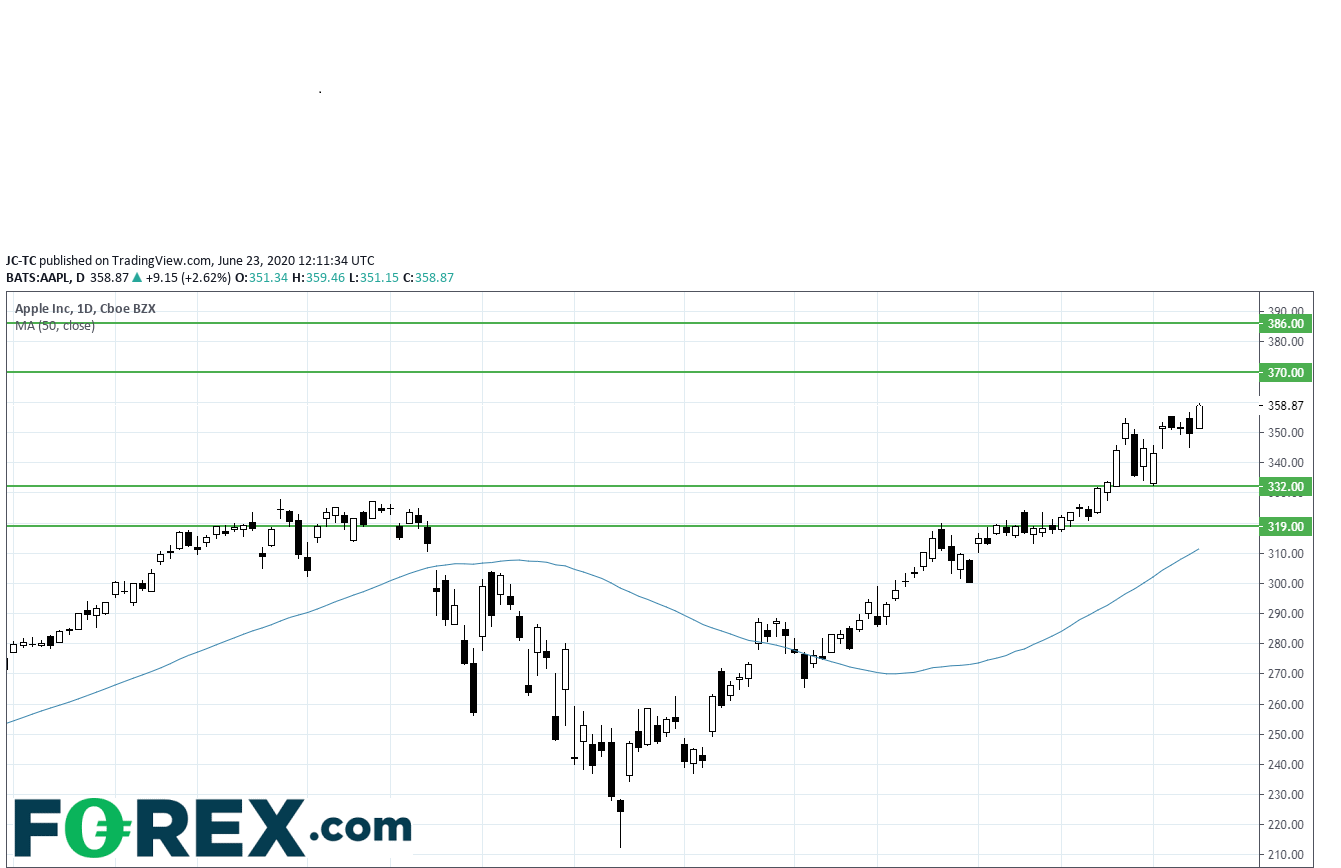