The S&P 500 Futures remain on the downside after they encountered a sell-off yesterday. Market sentiment was dampened by a spike in unemployment claims and worries of a new round of lockdowns amid rising coronavirus cases.

Due later today are reports on Markit U.S. Manufacturing Purchasing Managers' Index (a rise in July preliminary reading to 52.0 expected) and New Homes Sales (an increase in June annualized rate of 700,000 units expected).

WTI Crude Oil futures are under pressure. Later today, Baker Hughes will report the oil rig counts for the U.S. and Canada.

Gold remains firm close to 1,900 dollars while the yen increased to a one-month high on China-US tensions. 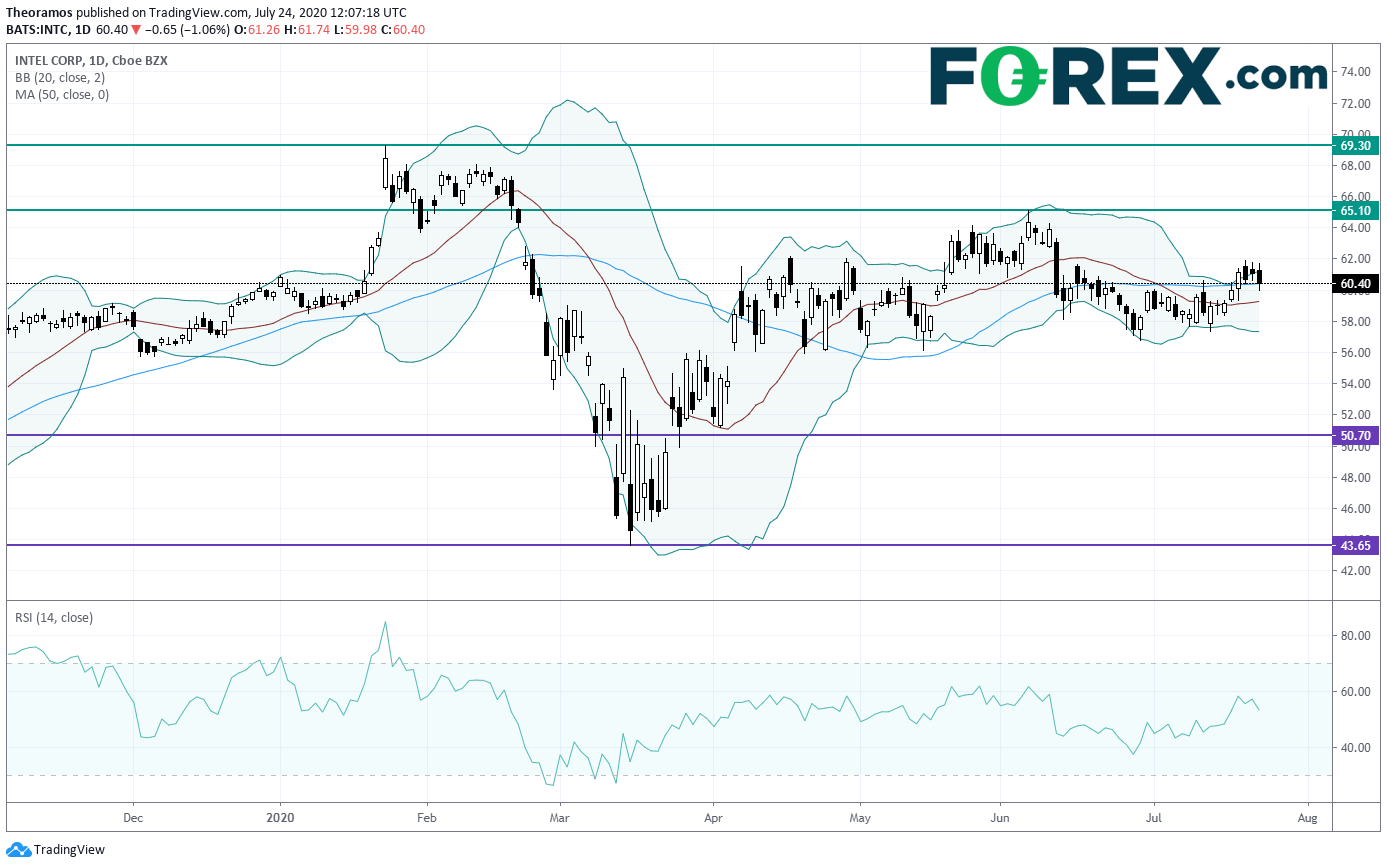 Tesla's (TSLA), an electric vehicle manufacturer, credit rating was upgraded to "B2" from "B3" at Moody's, outlook "Stable". The rating agency said: "The upgrade reflects Tesla's sustainable position in the auto industry as a specialized producer of pure battery electric vehicles (BEVs)." Separately, the stock was downgraded to "neutral" from "outperform" at Daiwa.

Twitter's (TWTR), the social network, price target was raised to 36 dollars from 25 dollars at UBS.

Honeywell (HON), a diversified technology company, reported second quarter adjusted EPS down to 1.26 dollar from 2.10 dollars a year earlier, on sales down 19% to 7.48 billion dollars. Both figures beat estimates.

American Express (AXP), a globally integrated payments company, unveiled second quarter sales down 29% to 7.7 billion dollars, below estimates. EPS was down to 0.29 dollar from 2.07 dollars a year earlier.

Schlumberger (SLB), the world's largest supplier of oil and gas products and services, posted second quarter adjusted EPS down to 0.05 dollar, above estimates, from 0.35 dollar a year earlier, on sales down 35% to 5.4 billion dollars, in-line with expectations.

E*Trade (ETFC), an online brokerage service, announced second quarter EPS of 0.88 dollar, better than expected, down from 0.90 dollar a year ago.