The S&P 500 Futures are drawing a consolidation after the Nasdaq 100 recorded another historical high on Tuesday.

The S&P 500 Futures  are drawing a consolidation after the Nasdaq 100 recorded another historical high on Tuesday. The Office Of The United States Trade Representative released a notice stating the U.S. is weighing 3.1 billion dollars additional tariffs on EU and UK imports linked to the Enforcement of U.S. WTO Rights in Large Civil Aircraft Dispute.

Asian indices ended mixed. The Hong Kong HSI and the Japanese Nikkei indices ended lower while the Australian ASX 200 and the Mainland China Index CSI 300 both gained some ground.


Risk currencies consolidate on reports that the US may target new tariffs on EU and UK goods.

Dell Technologies (DELL), a technology company, is considering options for its 50 billion dollars stake in information technology company VMware (VMW), including a spinoff or a sale of the stake, or buying the minority stake of VMware that it doesn't already own, reported the Wall Street Journal citing people familiar with the matter.

Amazon.com's (AMZN), the e-commerce giant, price target was raised to 3050 dollars from 2750 dollars by Wedbush.

T-Mobile US (TMUS) priced public offering shares at 103 dollars each, as part of Softbank's sale of its US mobile company shares.

Carnival's (CCL), an international cruise line, credit rating was downgraded to "BB-", a junk rating, from "BBB-" at S&P Global Ratings. The rating agency stated: "we believe the cruise industry may face an extended period of weak demand that will cause global cruise operator Carnival Corp.'s credit measures to remain very weak through at least 2021 as it implements a phased resumption of its cruises and given incremental debt raises to bolster its liquidity while its operations remain suspended."

Norwegian Cruise Line (NCLH), the cruise company, was downgraded to "equal-weight" from "overweight" at Barclays. 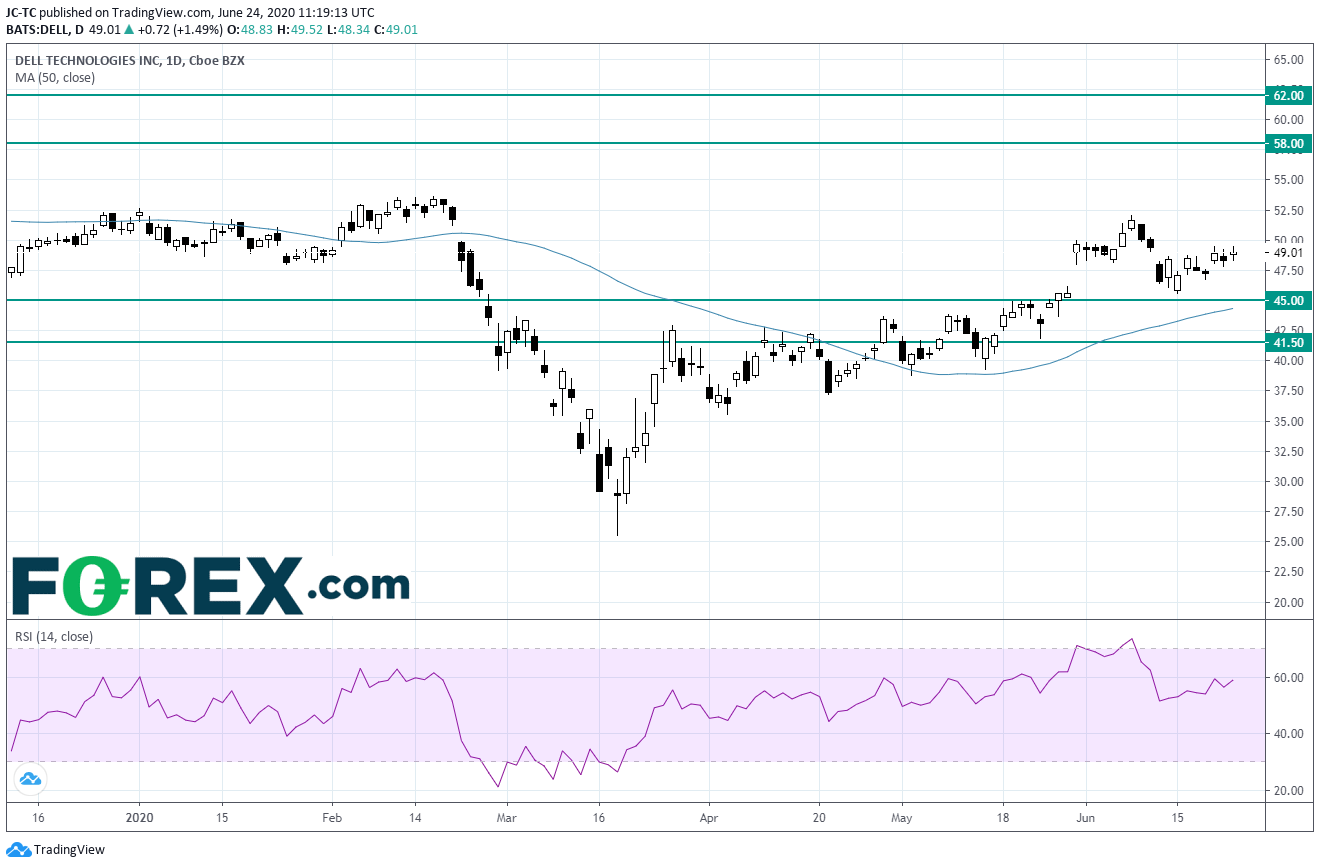