The S&P 500 American Futures are under pressure

The S&P 500 American Futures are under pressure after they rebounded yesterday as Investors were cheered up by a new $1 trillion stimulus bill proposed by Republican Senators.

Later today, the Conference Board's Consumer Confidence Index will be published (a fall to 94.5 in July is expected). The July Richmond Federal Manufacturing Index will also be reported (expected at 5.0).

European indices are facing a consolidation on fears of a second Covid-19 wave as German Robert-Koch Institute warned that latest infection trend is "very worrying".

Asian indices closed on mixed notes. Hong Kong HSI and Chinese CSI were up when Japanese Nikkei and Australian ASX faced a consolidation.

Gold consolidates after reaching an all-time high while the US dollar tries to rebound as investors await the outlook from the Fed and the passage of a US fiscal package.


Pfizer (PFE), the pharma giant, posted second quarter adjusted EPS of 0.78 dollar vs 0.80 dollar a year earlier, on sales down 11% to 11.80 billion dollars. Both figures beat estimates. The company raised its FY guidance both for adjusted EPS and sales. 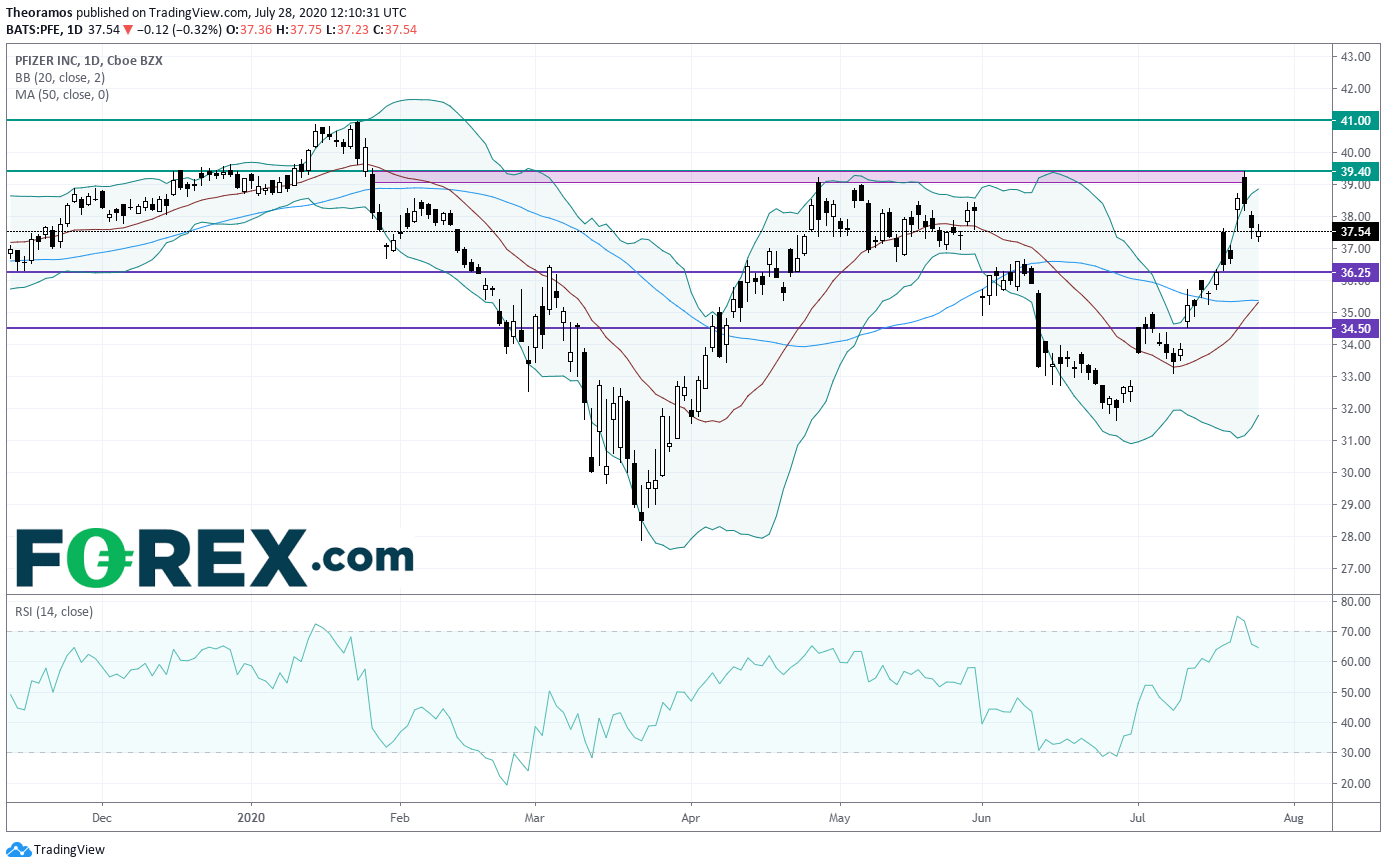 Tesla (TSLA), the electric-vehicle maker, was downgraded to "underperform" from "market perform" at Bernstein.

Universal Health Services (UHS), an owner and operator of a variety of healthcare facilities, announced second quarter adjusted EPS of 2.95 dollars, significantly exceeding forecasts, up from 2.76 dollars a year ago, on net revenue of 2.7 billion dollars, better than anticipated, down from 2.9 billion dollars a year earlier.

Cincinnati Financial (CINF), a property and casualty insurance company, posted second quarter EPS of 0.44 dollar, beating estimates, up from 0.85 dollar a year ago, on net income of 909.0 million dollars, up from 428.0 million dollars a year earlier.