The S&P 500 Futures remains bullish after the S&P 500 extended its rally to a sixth straight session yesterday. The Dow Jones Industrial Average rose 160 points (+0.6%) to 28492, while the Nasdaq 100 dropped 45 points (-0.4%) to 11926. Federal Reserve Chairman Jerome Powell said they "will seek to achieve inflation that averages 2% over time", meaning that "following periods when inflation has been running below 2%, appropriate monetary policy will likely aim to achieve inflation moderately above 2% for some time."

European indices are on the downside. The European Commission has reported Economic Confidence Index at 87.7 (vs 85.0 expected) and final readings of Consumer Confidence for August at -14.7 vs -15.0 in July. Germany's GfK Consumer Confidence Index for September was released at -1.8, below 1.0 expected. France's INSEE has posted final readings of 2Q GDP at -13.8% on year, as expected, and August CPI at +0.2% on year, vs +0.3% expected.

Asian indices closed mixed as the Hong Kong HSI and the Chinese CSI closed in the green when the Australian ASX and the Japanese Nikkei lost ground. The Japanese Prime Minister Shinzo Abe has announced his resignation due to health reasons. Official data also showed that Japan's Tokyo CPI grew 0.3% on year in August (+0.6% expected).

WTI Crude Oil futures are under pressure. Later today, Baker Hughes will report the oil rig counts for the U.S. and Canada. In the previous week, U.S. Crude Oil rigs fell from 176 to 172, the lowest since July 2005.

Gold rebounds on economic fears while the US dollar remains weak on low US rates outlook. 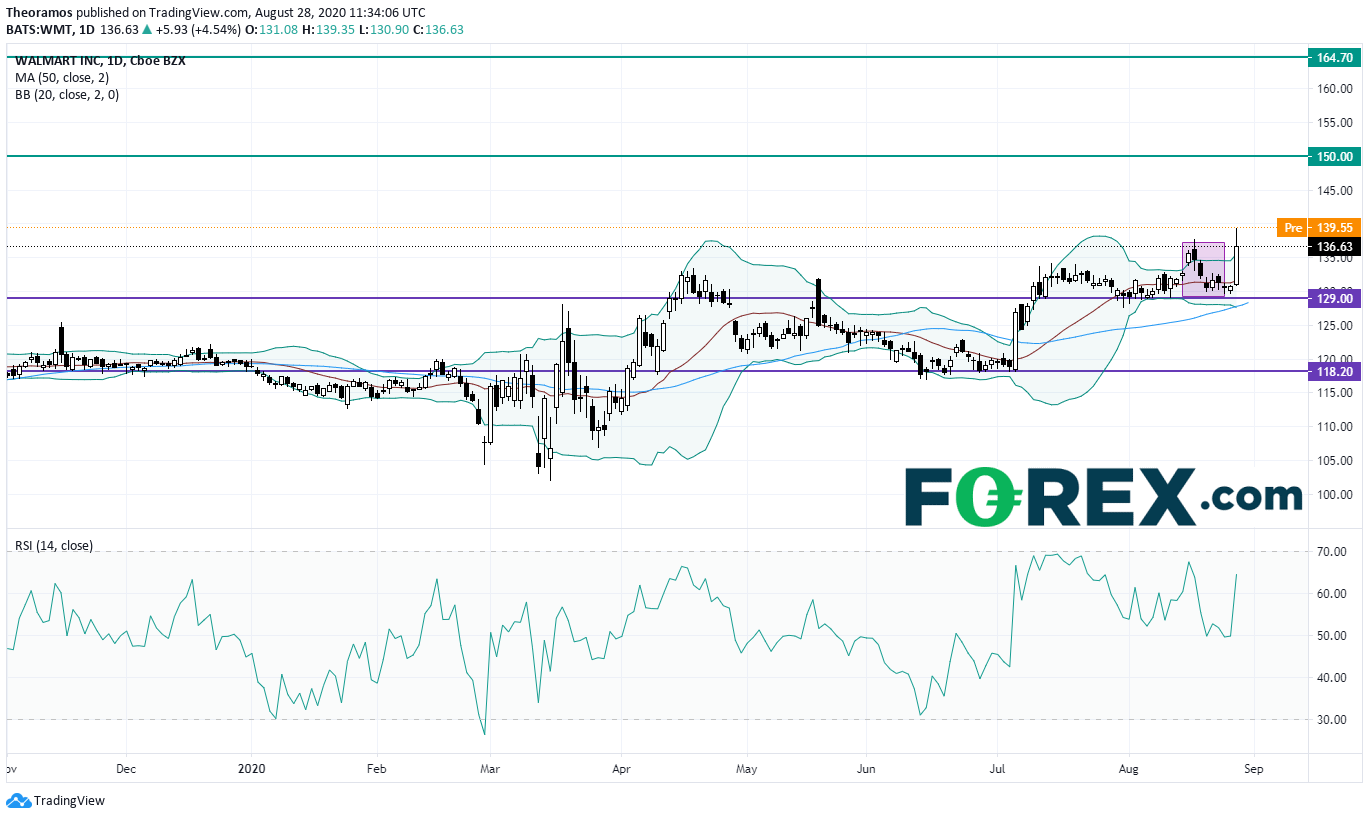 HP (HPQ), a provider of computers, printers and printer supplies, was well oriented after hours after releasing quarterly earnings and FY forecasts that beat estimates.

Gap (GPS), a retailer of apparel, announced second quarter LPS of 0.17 dollar, lower than expected, vs an EPS of 0.63 dollar a year ago, on net sales of 3.3 billion dollars, above the consensus, down from 4.0 billion dollars a year earlier.

Ulta Beauty (ULTA), an operator of a chain of beauty retailers, posted second quarter adjusted EPS of 0.73 dollar, exceeding forecasts, down from 2.76 dollars last year, on net sales of 1.2 billion dollars, as expected, down from 1.7 billion dollars a year earlier. Share price soared in extended trading following that release.

VMware (VMW), an industry leader in virtual machines for data center servers and computer desktops, unveiled second quarter adjusted EPS of 1.81 dollar, beating estimates, up from 1.60 dollar a year ago, on revenue of 2.9 billion dollars, just ahead of the consensus, up from 2.4 billion dollars a year earlier.