The S&P 500 Futures remain on the downside as the While House hinted that a fiscal stimulus deal is unlikely before the Nov. 3 election

The S&P 500 Futures remain on the downside as the While House hinted that a fiscal stimulus deal is unlikely before the Nov. 3 election.

European indices are facing a drop as a new lockdown is expected to be announced later today in France. In Germany, Angela Merkel proposed to close bars and restaurants for one month. France's INSEE has released October Consumer Confidence Index at 94 (vs 93 expected).

Asian indices closed in dispersed order as the Japanese Nikkei and the Hong Kong HSI were down when the Australian ASX and the Chinese CSI ended in the green. Australia's 3Q CPI grew 0.7% on year (vs +0.6% expected).

On the US economic data front, Durable Goods Orders jumped 1.9% on month in the September preliminary reading (+0.5% expected), compared to a revised +0.4% in the August final reading. Finally, the Conference Board's Consumer Confidence Index unexpectedly declined to 100.9 on month in October (102.0 expected), from a revised 101.3 in September.

Gold lost ground as U.S dollar gets firmer on pessimism over U.S stimulus. 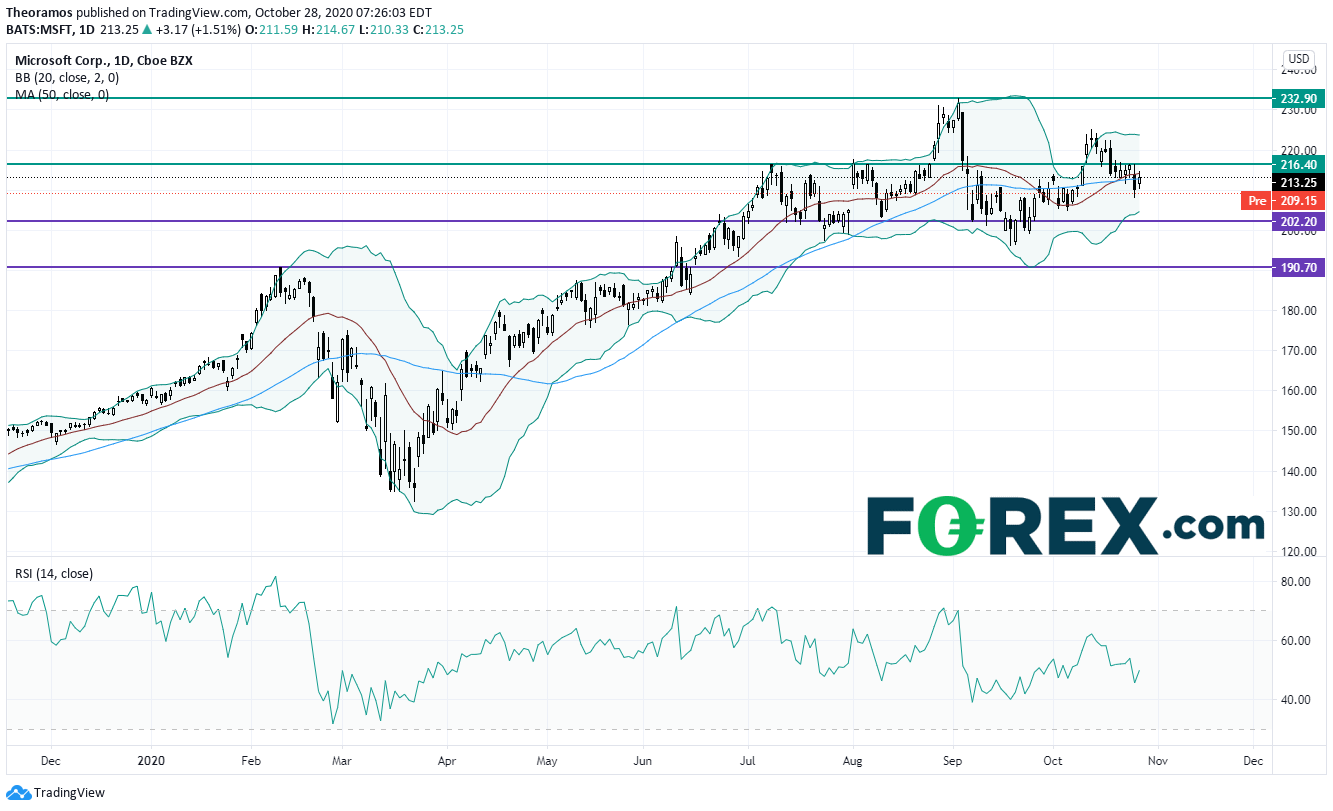 Fiserv (FISV), a provider of payment processing to the financial industry, unveiled third quarter adjusted EPS of 1.20 dollar, above forecasts, up from 1.02 dollar a year ago on revenue of 3.8 billion dollars, in-line with expectations, up from 3.6 billion dollars in the previous year. The company raised its full year adjusted EPS growth guidance.