European indices try to remain positive. In Germany, June Import prices were released at +0.6% vs +0.3% in May. They were expected at +0.5%. The Bank of England has reported the number of Mortgage Approvals for June at 40,000 (vs 35,000 expected). France's National Statistics Office has released July Consumer Confidence Indicator at 94 (vs 99 expected, 97 in June).

Asian indices closed in dispersed order. Hong Kong HSI and Chinese CSI closed in the green when Japanese Nikkei and Australian ASX closed on the downside.

Gold remains firm near fresh all-time highs on virus fears and hopes of stimulus while the US dollar consolidates close to a two-year low before Fed.


Starbucks (SBUX), the global specialty coffee chain, disclosed third quarter adjusted LPS of 0.46 dollar, narrower than estimated, vs an EPS of 0.78 dollar a year ago, on net revenue of 4.2 billion dollars, just ahead of forecasts, down from 6.8 billion dollars a year earlier. The Co also reported that same-store sales declined 40.0%, slightly better than anticipated. 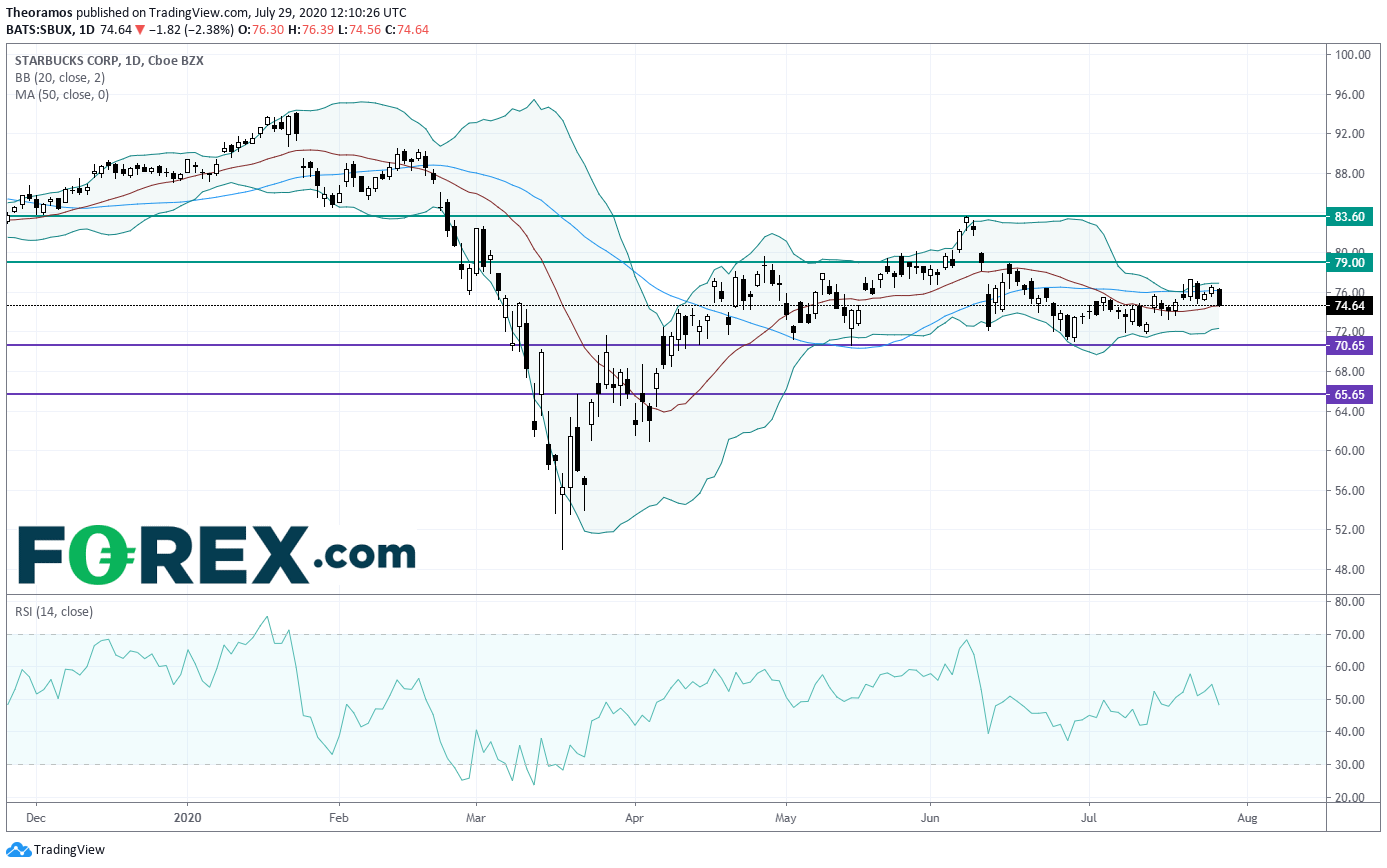 Boeing (BA), the aircraft maker, is edging higher before hours as quarterly free cash flow was less negative than forecast.

General Electric (GE), the industrial conglomerate, is gaining some ground before hours after posting quarterly sales and free cash flow that beat estimates.

Advanced Micro Devices (AMD), a designer and producer of microprocessors, announced second quarter adjusted EPS of 0.18 dollar, above estimates, up from 0.08 dollar a year ago on revenue of 1.9 billion dollars, as expected, up from 1.5 billion dollars a year earlier.

Spotify (SPOT), the music streaming specialist, is losing some ground before hours after reporting a wider than expected quarterly loss and sales that missed estimates.

eBay (EBAY), the global electronic commerce platform, released second quarter adjusted EPS of 1.08 dollar, slightly above forecasts, up from 0.66 dollar a year ago, on net revenue of 2.9 billion dollars, exceeding the consensus, up from 2.4 billion dollars a year earlier.