3 reasons USD/CAD should be lower. What’s next for the pair?

If any of theses circumstances reverse, USD/CAD could move aggressively higher in a hurry!

USD/CAD has been trading in a range since January 27th between 1.2636 and 1.2797, roughly 160 pips.  That’s nice for traders who like to range-trade.  However, there are several reasons that the pair should be trading lower.  Below are a few of those reasons:

On a daily timeframe, USD/CAD broke below the neckline of a head and shoulders pattern at 1.2600 on January 11th and began moving towards its target of 1.2250.  However, the move was thwarted by several hammer candlesticks between January 13th and January 20th, which helped priced to reverse.  USD/CAD then went bid to the 1.2797 high, negating the head and shoulders pattern.  The pair has been trading in the previously mentioned range since. 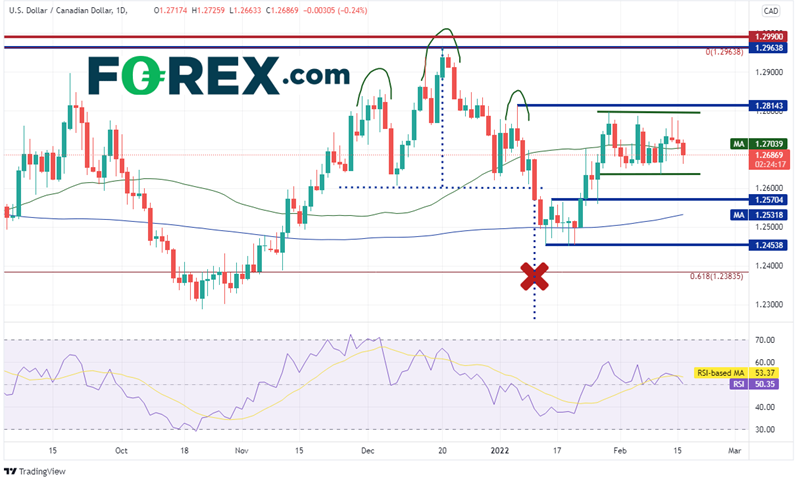 There are several reasons that USD/CAD could be lower, but it’s not.  Therefore, if any of the above-mentioned circumstances reverse, USD/CAD could move aggressively higher in a hurry!