The S&P 500 Futures are mixed after they closed higher on Friday.

European indices have rebounded after a negative open. The Bank of England has released the number of mortgage approvals for October at 97,500 (vs 84,000 expected). The German Federal Statistical Office will post November CPI (-0.1% on year expected).

WTI Crude Oil is on the downside. Over the weekend, OPEC+ ministers failed to reach an agreement on oil output decision in an informal online meeting, as the United Arab Emirates and Kazakhstan were opposed to delay a production increase in January, according to Bloomberg.

On Monday, Market News International's Chicago Business Barometer for November is expected to fall to 59.0 on month, from 61.1 in October. Finally, Pending Homes Sales for October are expected to rise 1.0% on month, compared to -2.2% in September.

Gold sets for its worst month in four years on equities rally while the U.S dollar hit a more than two-year low on stimulus bets. 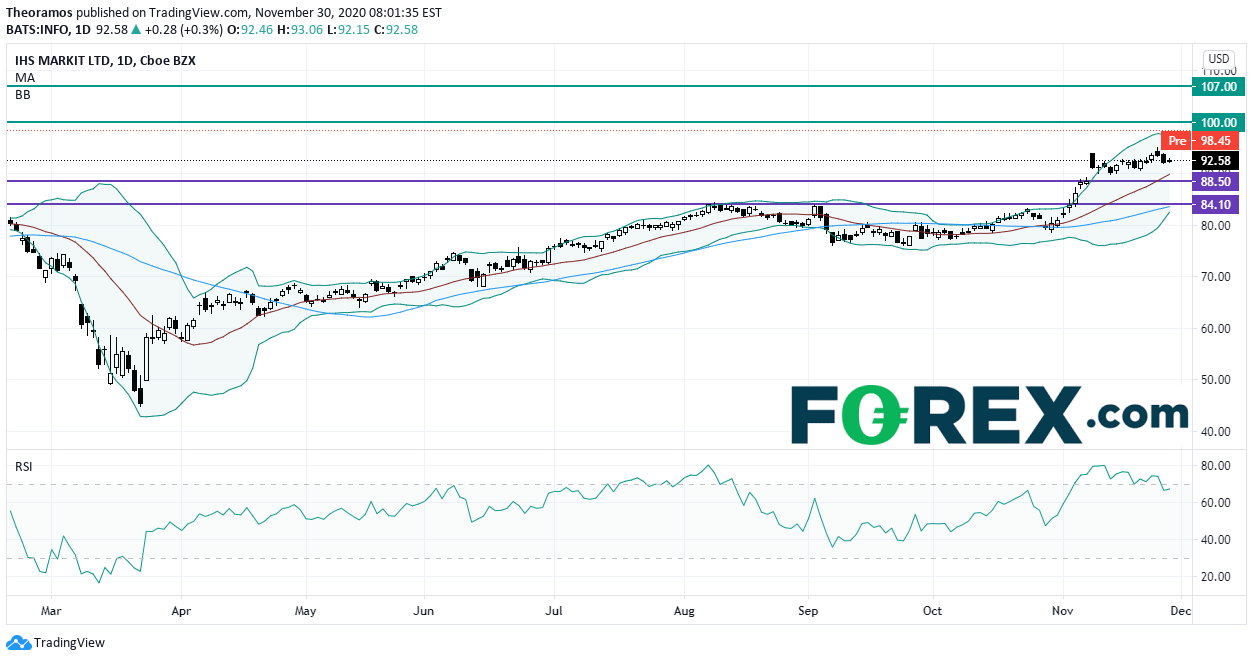 Moderna (MRNA), the biotech, announced "that its vaccine efficacy against COVID-19 was 94.1%. The company plans to request today an Emergency Use Authorization (EUA) from the U.S. Food and Drug Administration (FDA) and conditional approval from the European Medicines Agency (EMA)."

Goldman Sachs (GS), the banking group, was downgraded to "underweight" from "equalweight" at Morgan Stanley.

JPMorgan (JPM) and Bank of America (BAC), the banking groups, were both downgraded to "underweight" from "overweight" at Morgan Stanley.

Apple (AAPL), the tech giant, was upgraded to "buy" from "hold" at Loop Capital.

Slack Technologies (WORK), the collaboration hub, was downgraded to "equalweight" from "overweight" at Barclays.