The Euro was bearish against most of its major pairs with the exception of the JPY. In Europe, the European Central Bank has reported M3 Money Supply growth in July at +10.2% (vs +9.2% on year expected). France's INSEE has posted August indicators on business confidence at 91 (vs 88 expected) and manufacturing confidence at 93 (vs 86 expected).

A volatile start to the U.S. Forex trading session ahead of Fed Chair J. Powell's speech at the Economic policy Symposium ended in a relatively flat session when the closing bell rang. The largest FX pair mover was the USD/JPY which gained 58 pips to 106.57. The pair can't seem to break away from its short-term consolidation inside a bearish trend channel. A break above 107.15 would call for a test of the channel resistance line while a break below 105.10 support would call for a continuation lower to test August lows at 104.20. 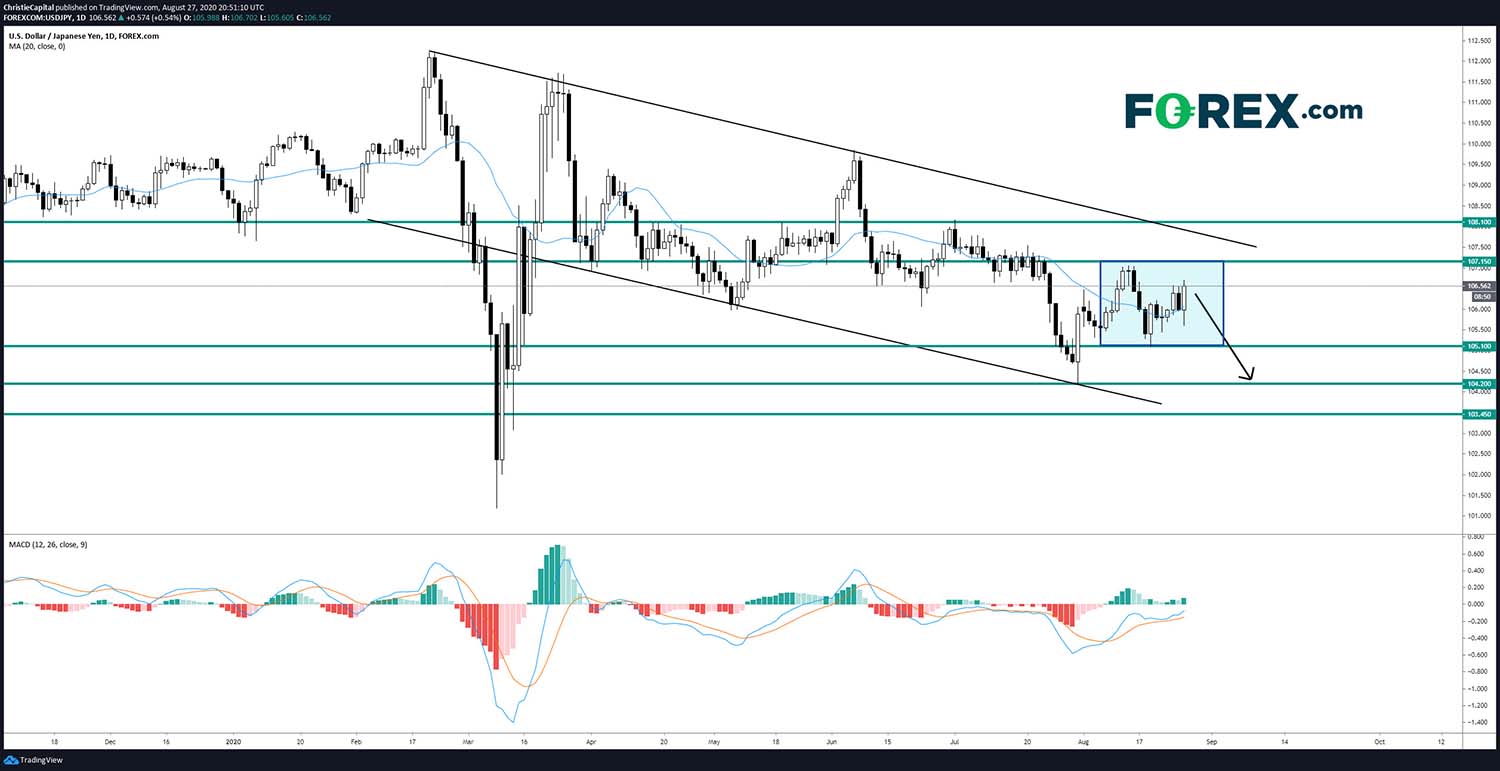