A consortium made up of insurers Allianz and Athora Holding is in advanced discussions to acquire Aviva's French business, Reuters reported Thursday. 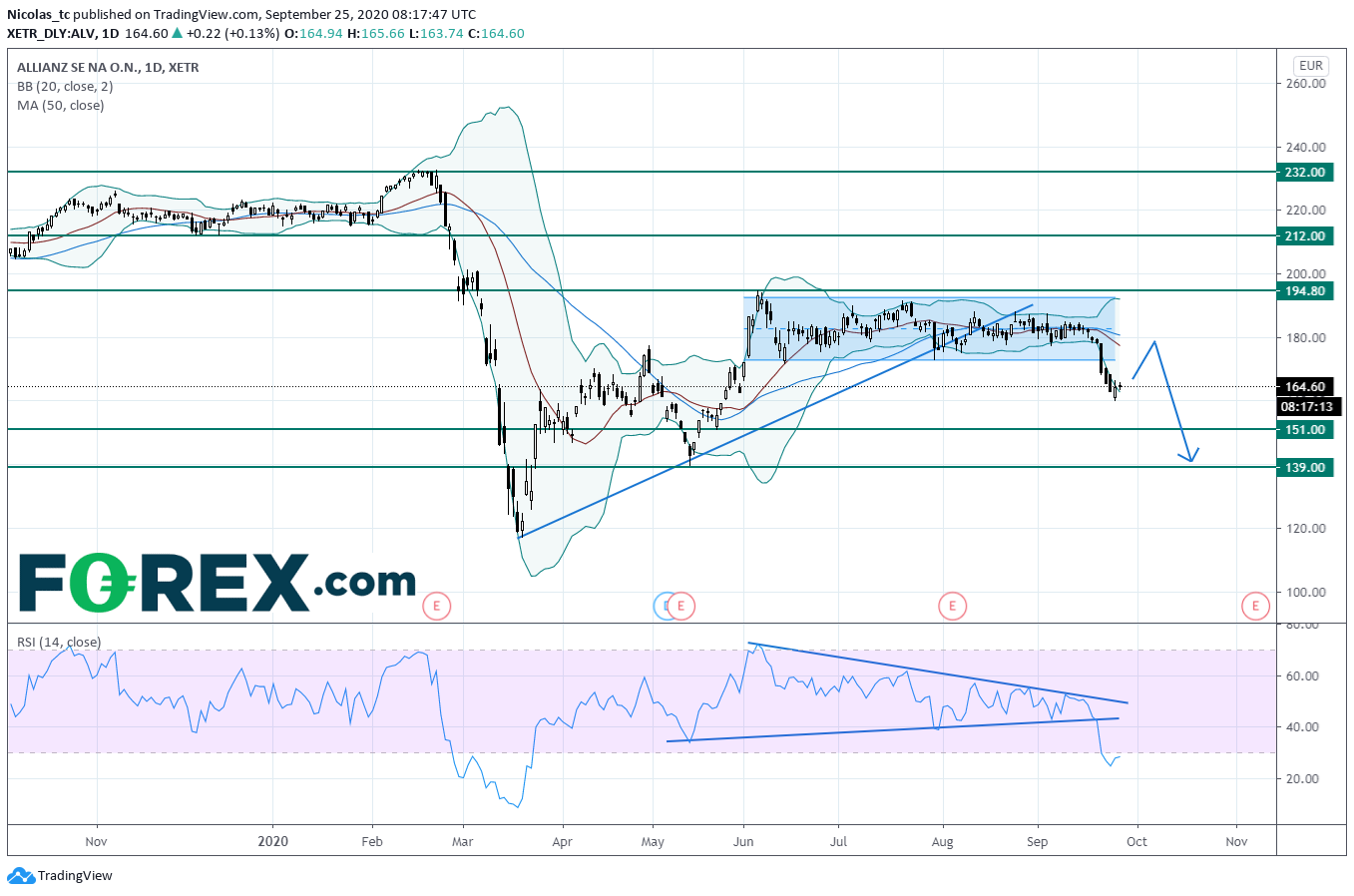 A consortium made up of insurers Allianz and Athora Holding is in advanced discussions to acquire Aviva's French business, Reuters reported Thursday.

The price of this activity is between 2 billion and 3 billion euros, reported Reuters citing people familiar with the matter.

From a chartist’s point of view, the stock price is in a down trend thanks to the breakout of a short term rising trend line. In addition, prices escaped from a lateral consolidation channel and Bollinger bands are widening. As long as 194.8E is resistance, the bias remains bearish. Next support zone is set between 151E and 139E. Only a push above 194.8E would negate the bearish view and would call for a reversal up trend towards 212E and 232E.