The Brexit vote will have ripple effects across other currency pairs 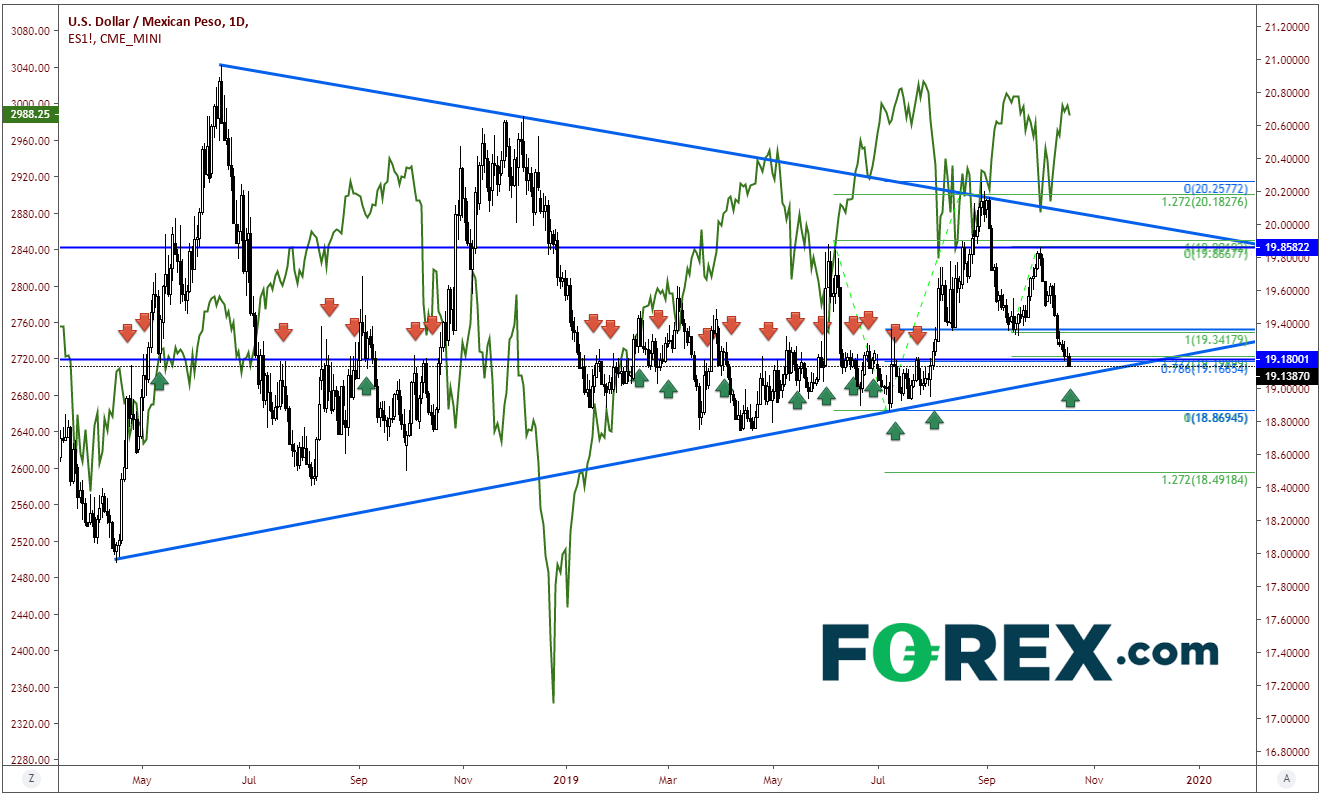 Notice how important of an inflection point the 19.18 level has been in the past for USD/MXN.  It has traded around that level since the price has been trading in a symmetrical triangle from mid-April 2018.  And here we are once again near that level.  Not only is the area around 19.18 acting as a support zone right now, but there are a few other confluences of support in this area as well: 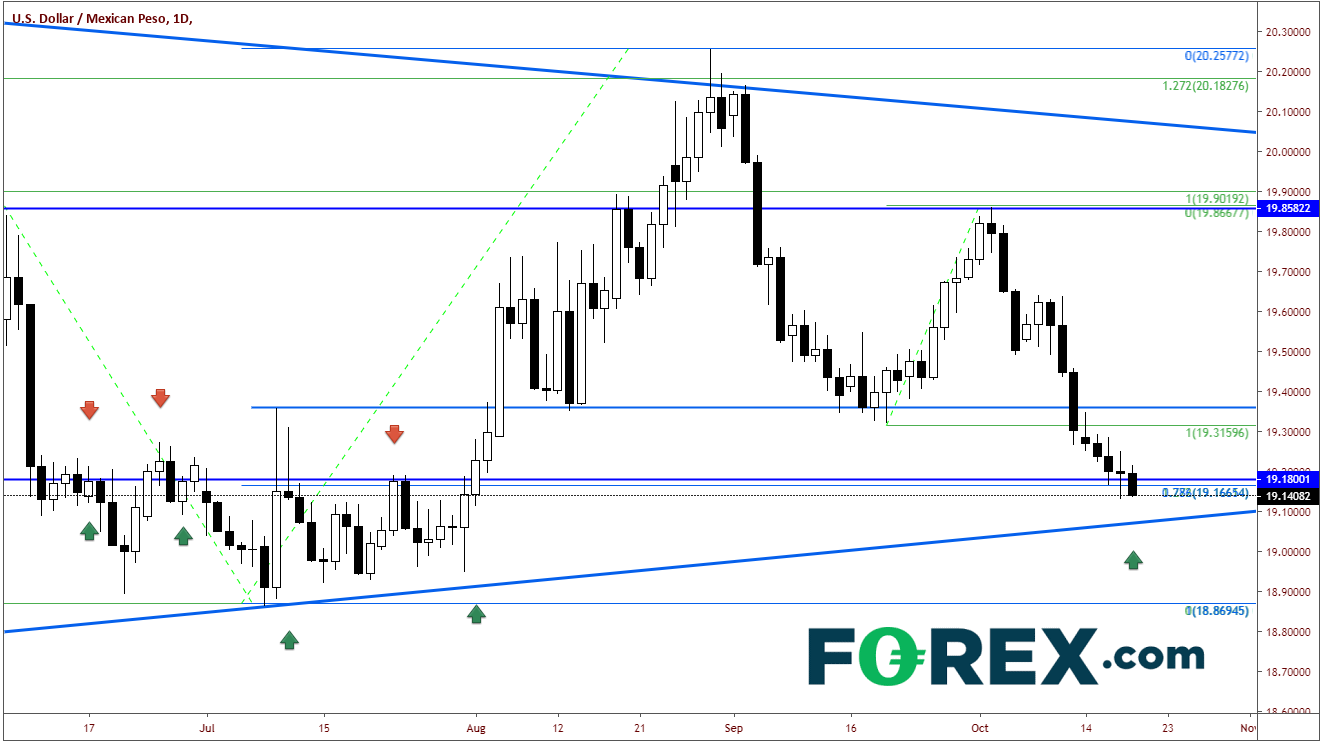 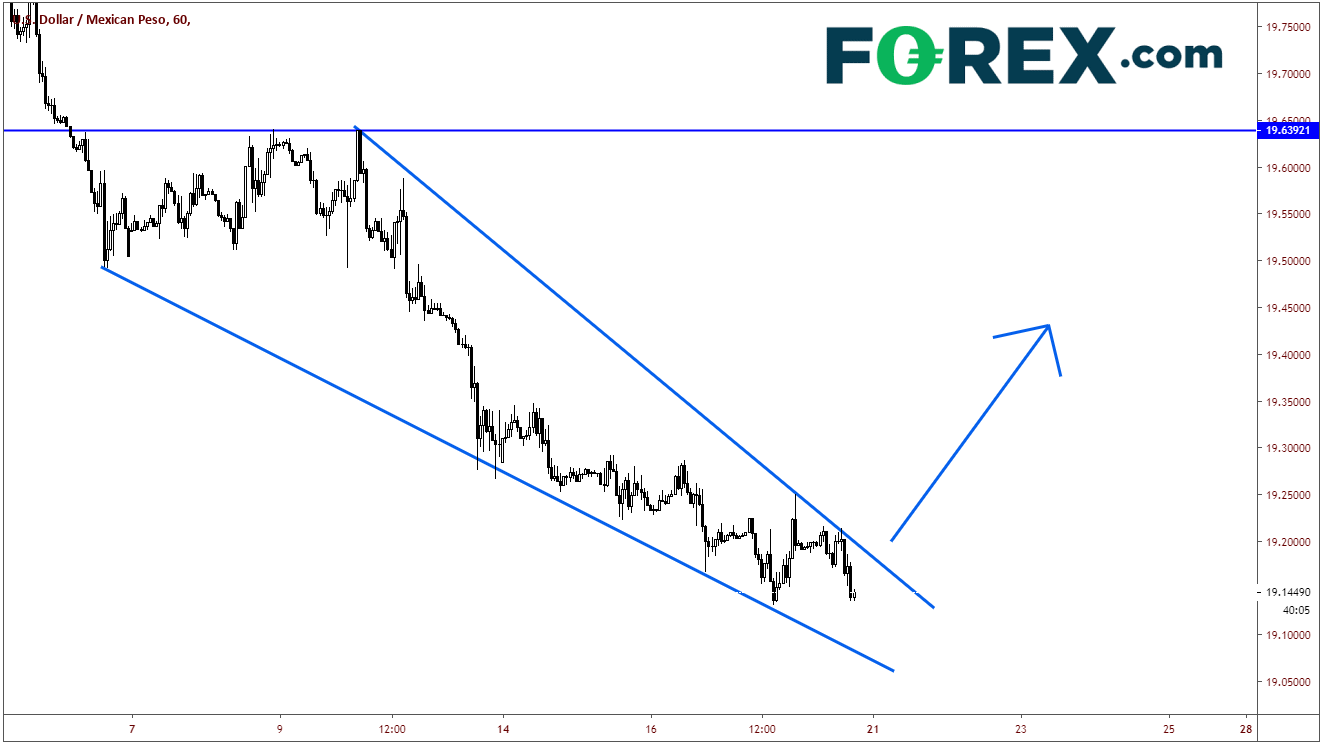 Is the market positioning itself in USD/MXN for the Brexit vote to fail?  Probably not.  But one must be leery of how the Brexit vote will have ripple effects across other currency pairs, not just Euro and Sterling pairs.