Equities rallied into the close on hopes that McConnell and Schumer will sort this out the good old-fashioned way with a backroom deal. 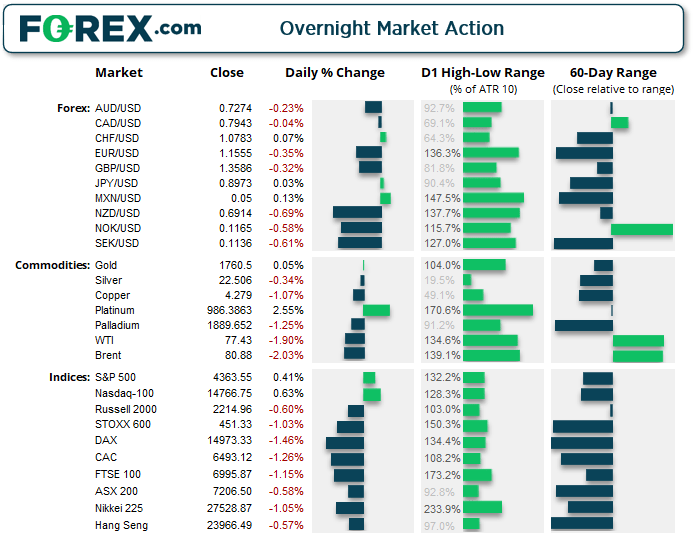 US indices recover into the close on debt ceiling hopes

The vote to increase the US debt ceiling was postponed after Democrats were reported to be mulling over an offer from McConnell that could potentially remove roadblocks to make it happen. Currently the race is on to find a solution before the government misses its debt obligations on 18th October, an event Treasury Secretary Janet Yellen fears could trigger a recession. After a weak start, US indices went on to close higher led by the Nasdaq 100 which rose 0.63%, the S&P 500 was up 0.4% and the Dow 0.3%.

Those pining for a firmer Nonfarm payrolls report on Friday were given a glimmer of hope with ADP NFP employment change rising to 568k. Adding +228k to last month’s 340k print, it exceeded the 425k forecast and seemingly brings the Fed a step closer to get on with the tapering.

The ASX 200 may not have had lift-off just yet but, as long as prices remain above last week’s lows, the bias remains for an eventual break higher. And futures markets are pointing towards a firmer open.

Today is the last days of “National Day” celebrations in China, so Asian trading volumes will be replenished tomorrow. 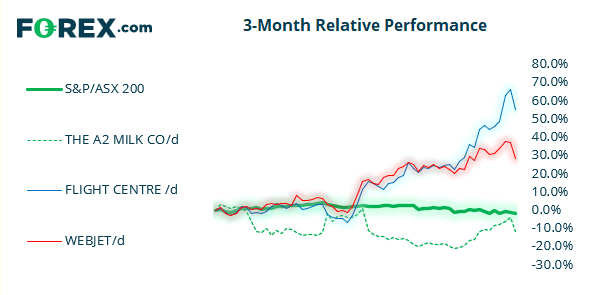 NZD dollar was the weakest currency as it continued to weaken after RBNZ’s ‘historic’ 25 bps interest rate hike.

EUR/USD fell to its lowest level since July 2020 thanks to weaker than expected industrial orders. Falling -7.7% in August (down from 3.4% in July) on dwindling demand after two unexpectedly strong months of growth. Falling around -0.63% by its low, EUR/USD now trades around 1.1573. EUR/CAD extended the prior days breakout to hit its lowest level since February 2020. We’re also keeping an eye on EUR/AUD as it approaches trend support and the monthly S1 pivot to see how momentum reacts around them. 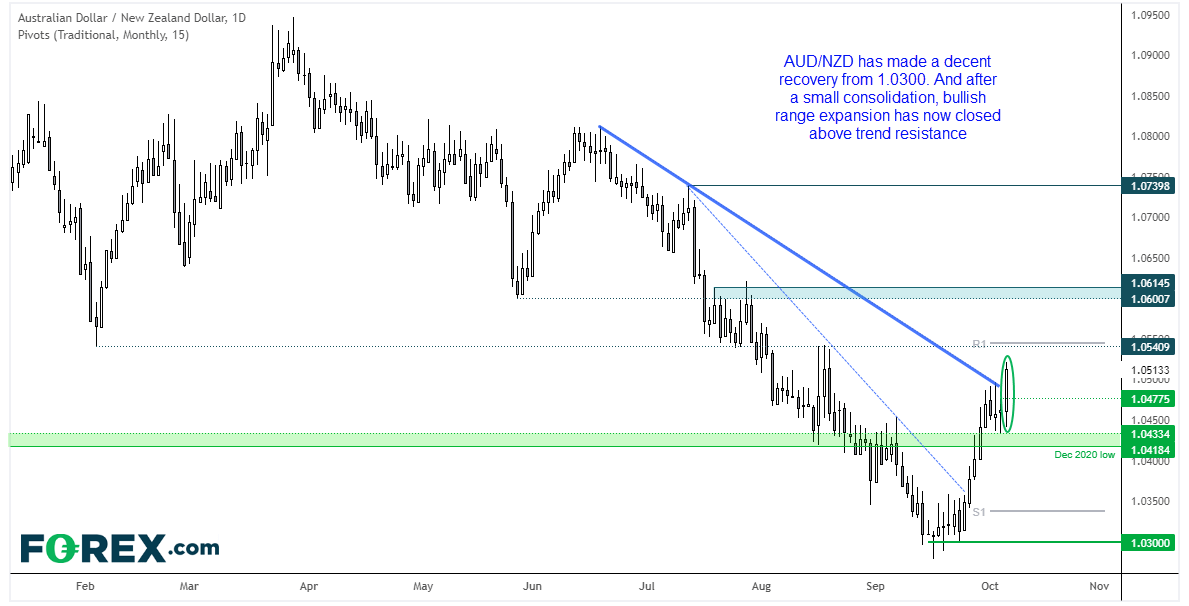 AUD/NZD closed above trend resistance to suggest a higher low has been confirmed at 1.0433. Its move since the 1.0300 low over the past 14 days is around double the range of the 14 days leading down to 1.0300, which points towards a significant low. After consolidating for a few days beneath trend resistance, yesterday’s range expansion candle has closed firmly above it. The next resistance level for bulls to conquer is 1.054, near the monthly R1 pivot, where a break above it opens up a run for the highs around 1.0600 – 1.0615.

Rising crude inventories weighed on oil prices, which saw them make one last push higher before rolling over. But Russia also stepped in to help soothe the energy crisis, which saw natural gas prices which tumble 10% yesterday, adding further pressure to the oil market. WTI had to correct at some stage after such an extended move, although we had thought that it may have made it to $80 first. Its initial breakout from its hourly bull flag reached 79.78 before rolling over and forming a bearish engulfing candle on the daily chart and finding support at the October high of 76.90 – making its today’s pivotal level for bulls and bears. 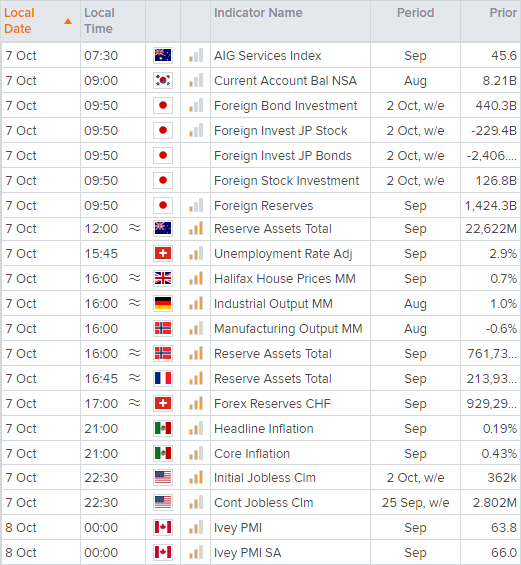