AstraZeneca eyes merger with Gilead Sciences - the stock is under pressure

AstraZeneca, the pharmaceutical group, has approached U.S. rival Gilead Sciences regarding a potential merger, reported Bloomberg citing people familiar with the matter.
The merger of the two groups would create a giant with a market capitalization of $230 billion.

An AstraZeneca spokesperson said the group did not comment on rumors or assumptions. Gilead did not wish to comment.

Gilead is particularly active in the treatment of HIV with its drug Biktarvy, which had sales of $1.69 billion in the first quarter.

AstraZeneca also has Tagrisso, a treatment for lung cancer, which generated $982 million in sales in the first three months of the year.

From a chartist's point of view, AstraZeneca escaped from a short term bullish channel and entered into a consolidation move. The daily Relative strength Index (RSI, 14) fell below 50% and is capped by a declining trend line. Bollinger bands are widening. 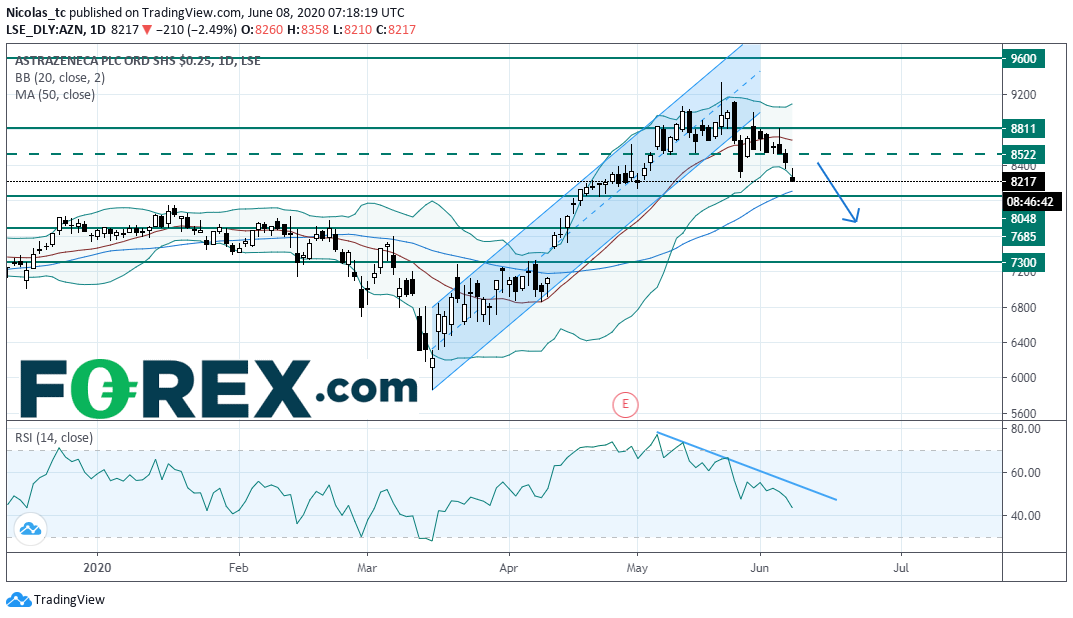