For the Australia's ASX 200 Index, there is an interesting pattern to focus on the 30 minute chart. The index has validated a bullish breakout of the symmetric triangle, a bullish continuous pattern to indicate the resumption of recent bullish trend. Besides, the golden cross between 20-period and 50-period moving averages has been identified, indicating a bullish outlook. Currently, the prices also break above 5279 (the previous high and 38.2% retracement level). As long as 5230 acts as the key support level, the index prices could consider a further advance to the resistance level at 5345 and 5389, corresponding to the 61.8% retracement level between April 17 high and April 22 low. 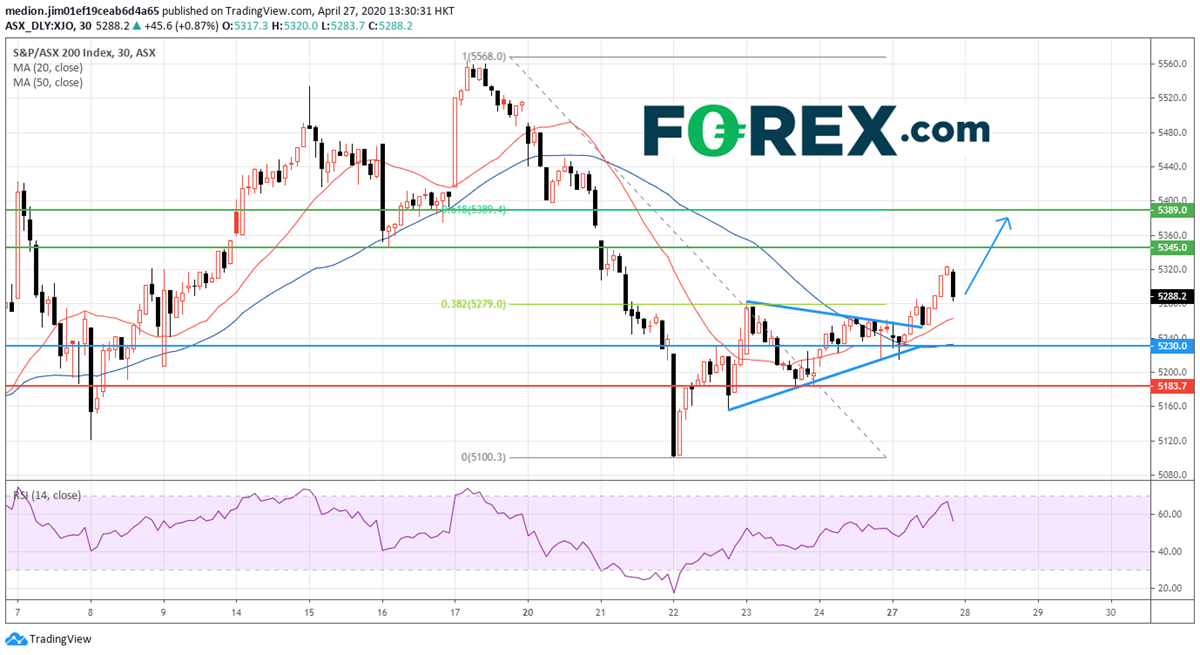