As mentioned in the European Open, Australia released its February employment change.  The print was +88,700 jobs, beating expectations! Almost all the jobs were fulltime jobs.  In addition, the Unemployment Rate dropped from 6.4% to 5.8%!  Just as the Canadian jobs report and the US NFP report showed earlier in the month, employment data is getting better.  A few hours before the Australian employment change was released, New Zealand released data of its own.  Although outdated, New Zealand released its Q4 2020 GDP Growth Rate.  The print was -1% MoM  vs an expectation of +0.1% MoM. The result was a firmer AUD/NZD!

Since August 18th, 2020, AUD/NZD has been trading in a symmetrical triangle on a daily timeframe.  In addition, since January 19th, as price coiled to the apex of the triangle, the pair held beneath the 61.8% Fibonacci retracement level from the highs of August 18th to the lows of December 1st, 2020, near 1.0804.  Earlier, AUD/NZD broke above the top of the downward sloping trendline from the triangle and came within 2 pips of the January 19th highs near 1.0842! 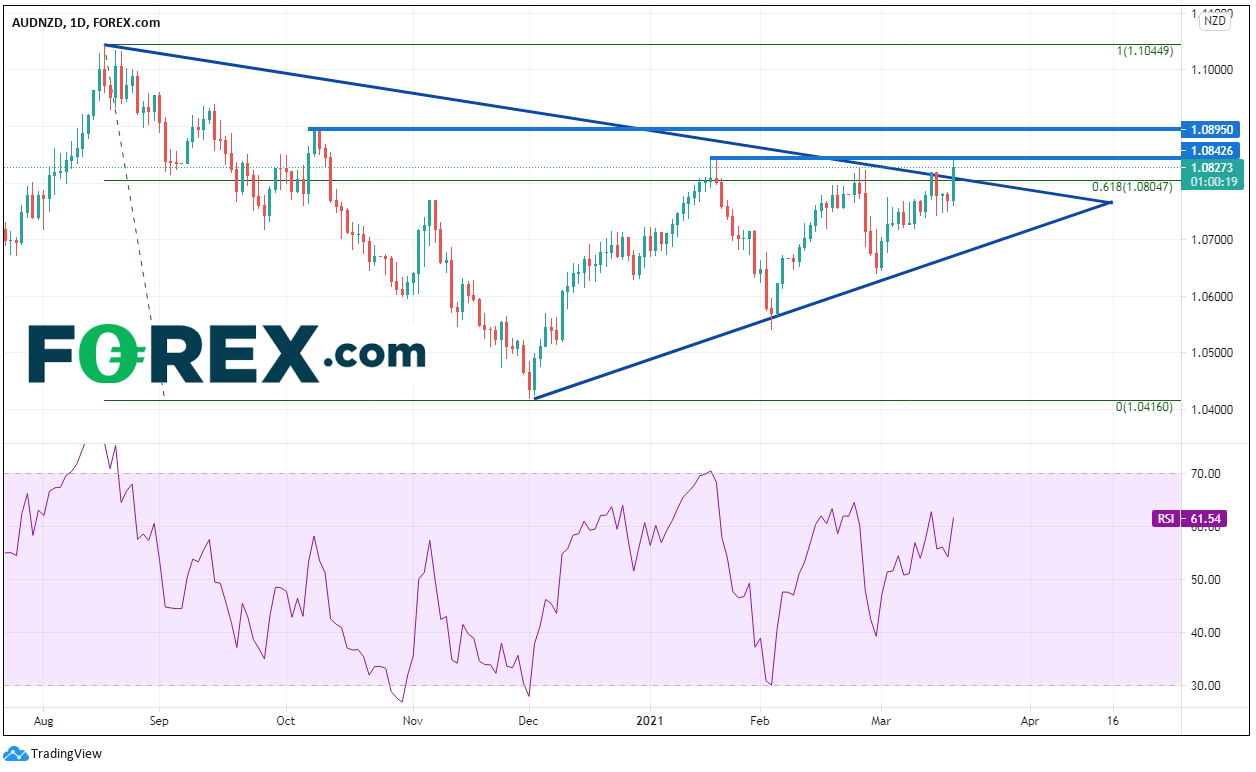 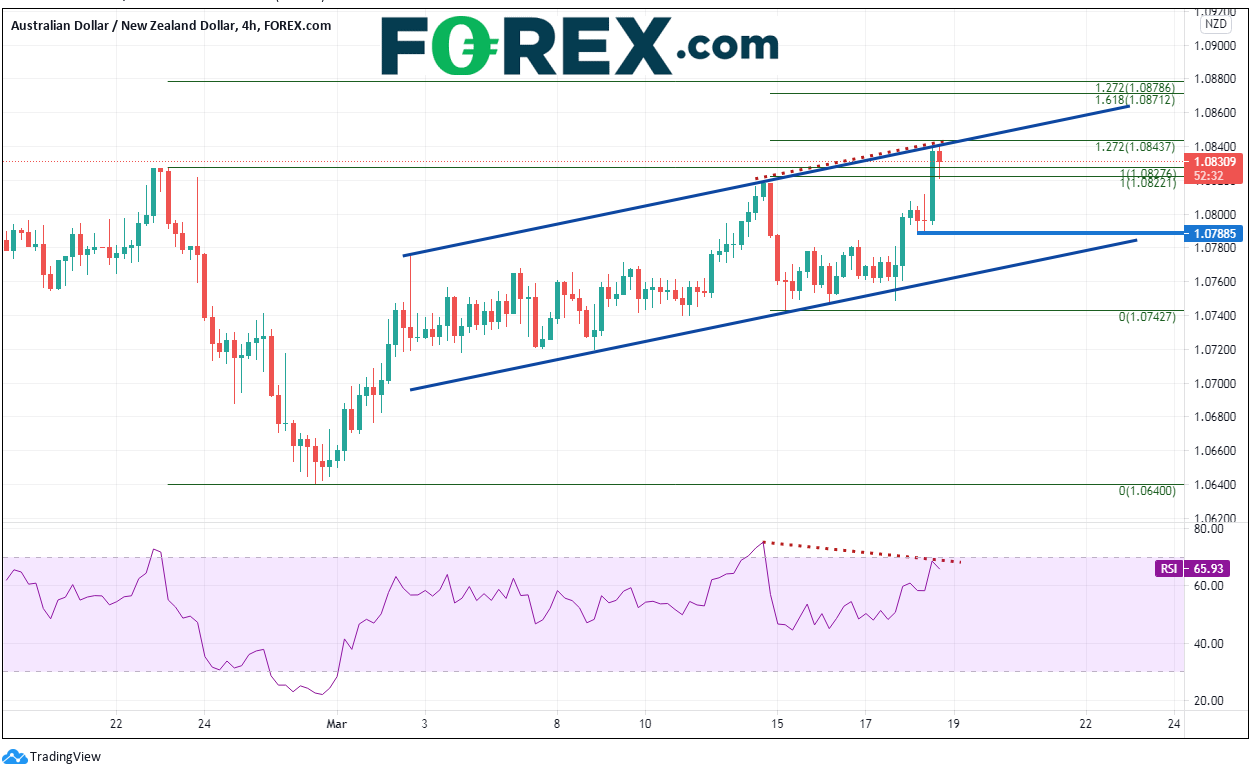 In a few hours, Australia will release Preliminary retail sales data for February.  Expectations are +0.4% vs +0.5% in January.  If the number is better than expected, AUD/NZD may continue to move higher!