On Friday, China reported that its first-quarter GDP shrank 6.8% on year

On Friday, China reported that its first-quarter GDP shrank 6.8% on year (worse than the -6.0% expected), the first economic contraction in nearly 30 years. Industrial production also fell 1.1% in March (better than the -6.2% estimated) and retail sales declined 15.8% (worse than -10.0% expected). Australian economy is closely linked to China but those data had little impact on AUD.

From a technical point of view, the pair remains on the upside and now stands above its 50-day moving average (in blue) as the daily RSI stands within its buying area between 50 and 70. Readers may therefore consider the potential for further advance above horizontal support at 0.6165. The nearest resistance would be set at previous overlap at 0.6470 and a second one would be set at set at Mar. 9 top at 0.6685 in extension. 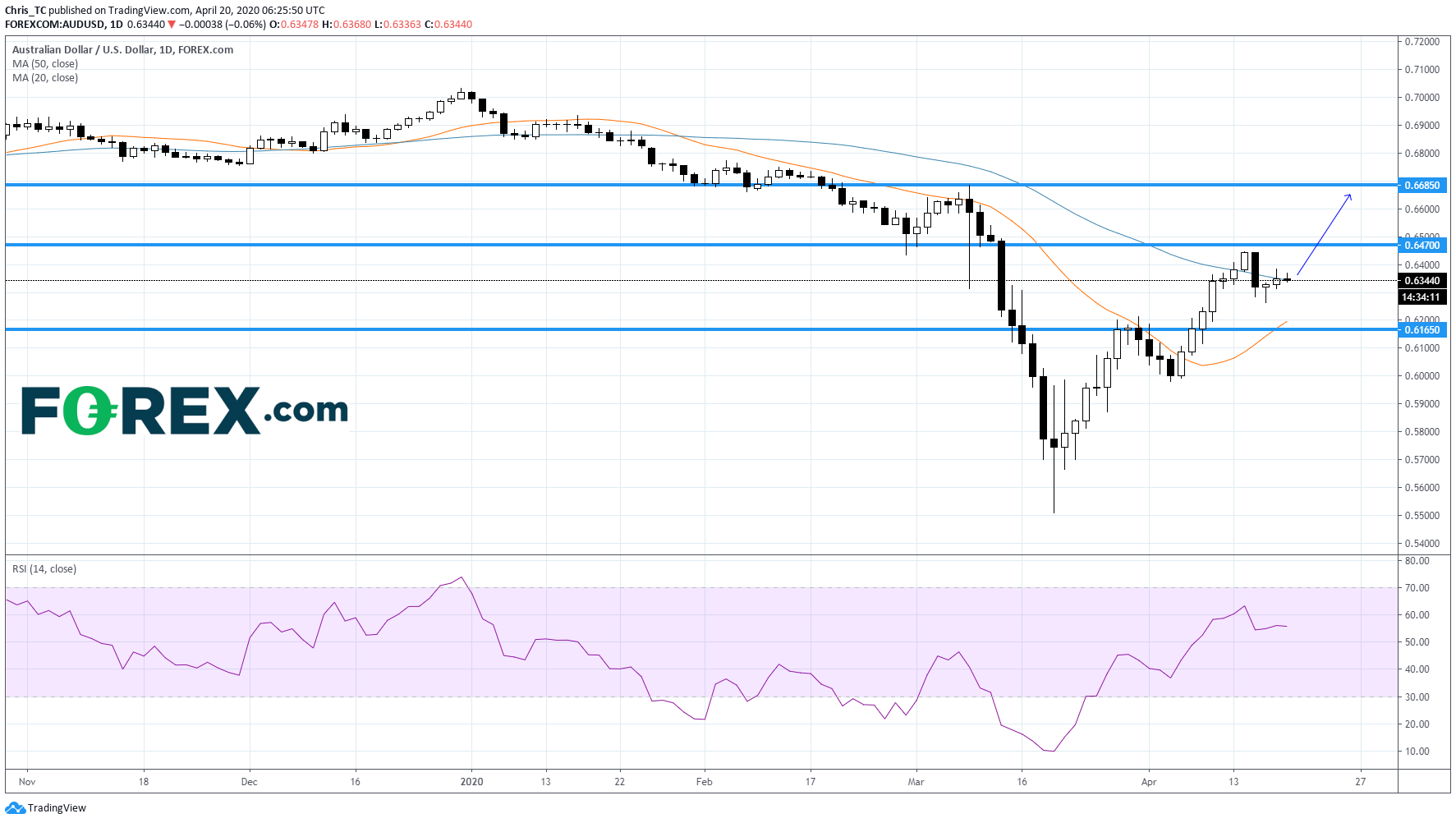