Share:
Despite some key Australian news and economic data releases on Tuesday that should have placed increased pressure on the Australian dollar, AUD/USD climbed significantly. This was due in part to the fact that some of this news had already been expected and priced-in, as well as the overriding weakness in the US dollar. 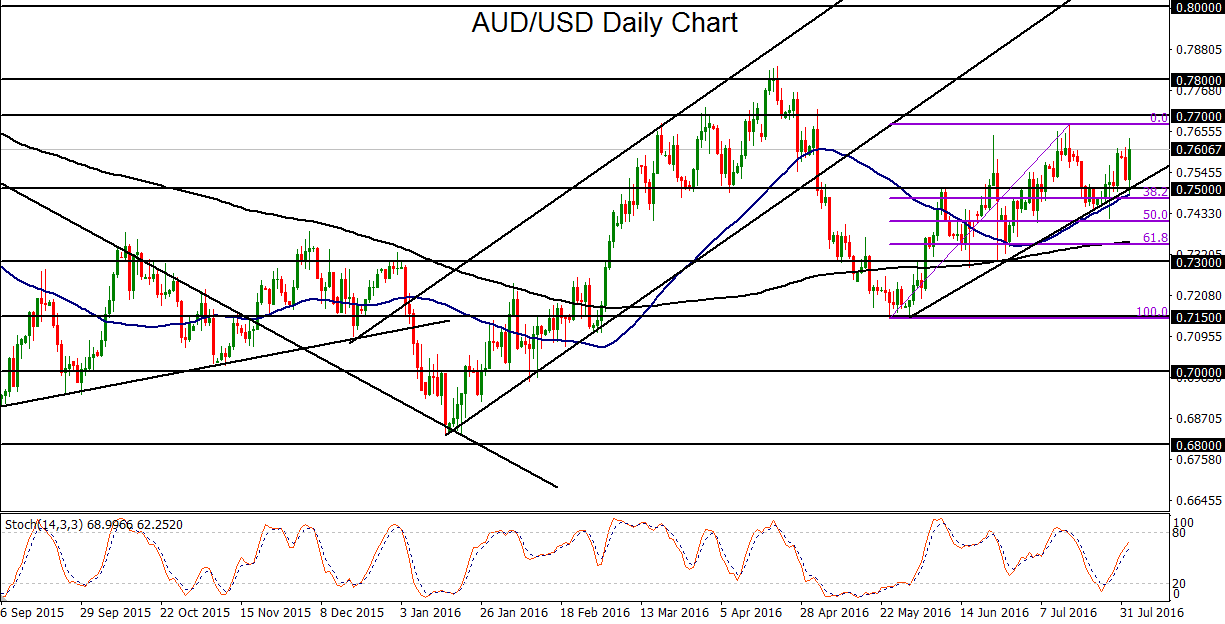