Given the dollar's uncertainty, it may be best to take USD out of the equation and instead concentrate on a currency cross – for example the AUD/NZD, which is fast approaching a key technical area 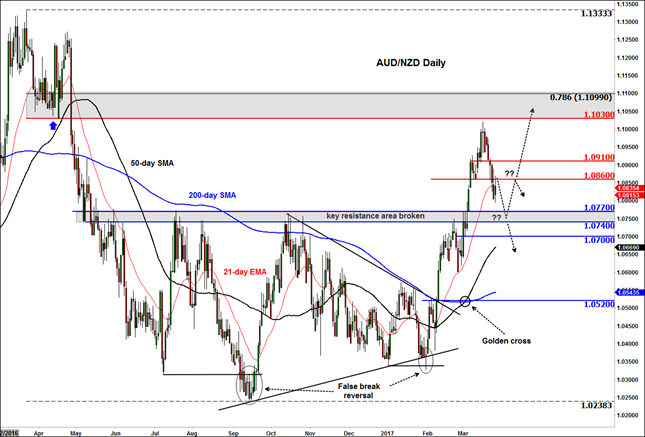