Why is the Australian Dollar outpacing the New Zealand Dollar?

So why is the Australian Dollar outpacing the New Zealand Dollar?  Q2 GDP for Australia is at 0.5% (MoM), however the RBA expects growth to strengthen gradually around trend over the next couple of years.  The RBA held rates steady at its last meeting at 1.00%.  In contrast, the RBNZ surprised the market by cutting 50bps to 1.00% at its August 7th meeting and said that growth has slowed and that headwinds continue to strengthen.  Should economic growth slow more than the RBNZ expects, they have said they are willing to lower interest rates even further.  Next week, New Zealand releases GDP for Q2. Previous GDP was at 0.6% (MoM) vs expectations for 0.4% next week.

With the 2 Central Banks hinting that their respective economics may be moving in opposite directions, it’s not surprising that AUD/NZD bottomed on the date of the last RBNZ meeting.  Today the pair broke to new highs on the year (current high is 1.0785).  However, there is resistance just above current levels at 1.0812, which is the 61.8% retracement from the August 2018 highs to the January 3rd spike lows. Next resistance level after that is horizontal resistance near 1.0875.  Support below is at the previous highs of 1.0729. Also note the RSI has moved into overbought territory. 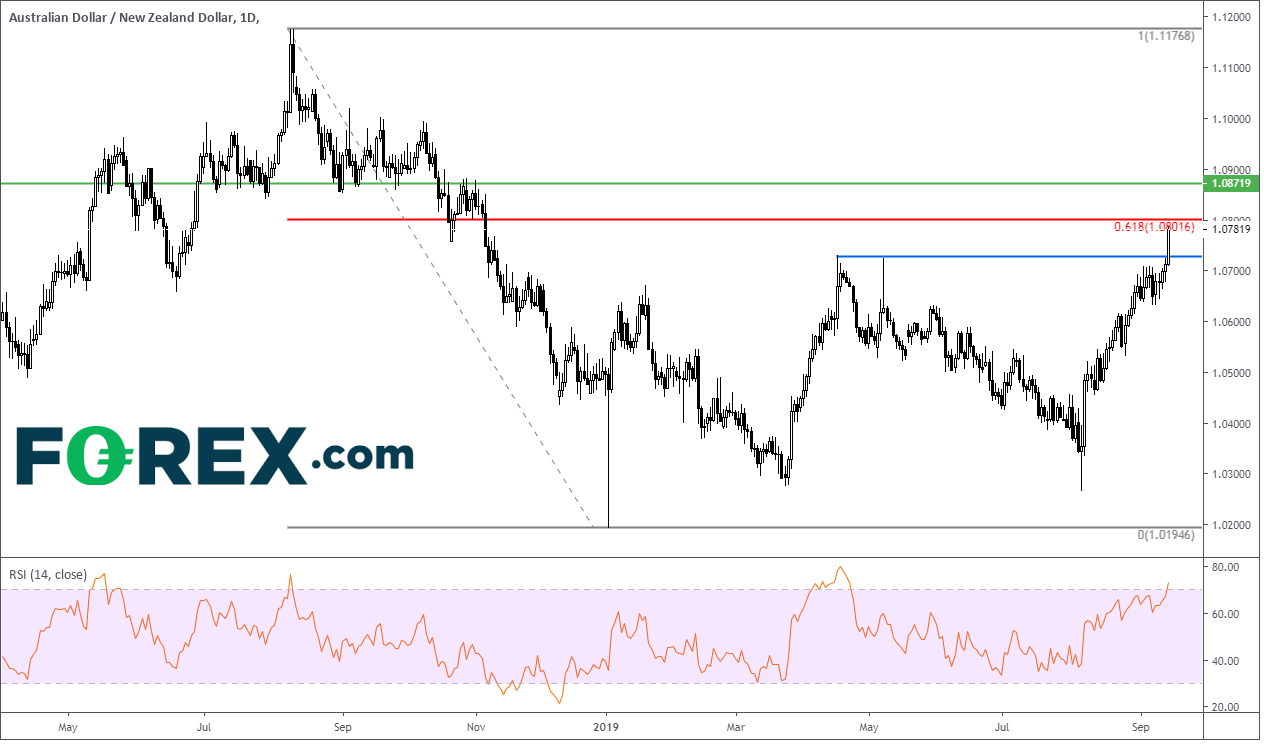