Once again, the AUD/USD is back, banging its head against the ceiling around that 0.7730-80 resistance range. Relative to other major currencies, though, the Aussie has performed rather well in recent times. So, it may finally clear this resistance zone at the umpteenth time of asking. 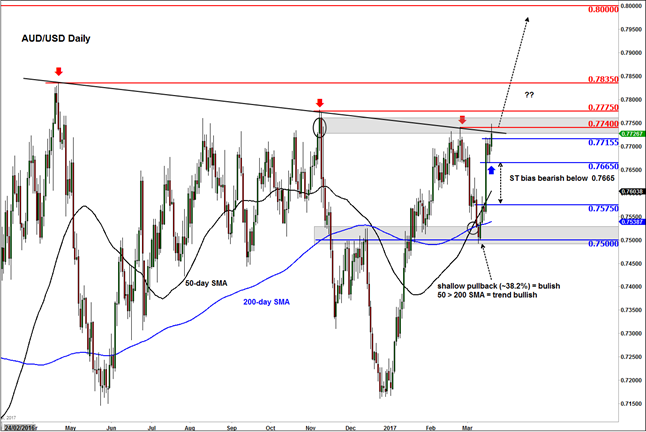